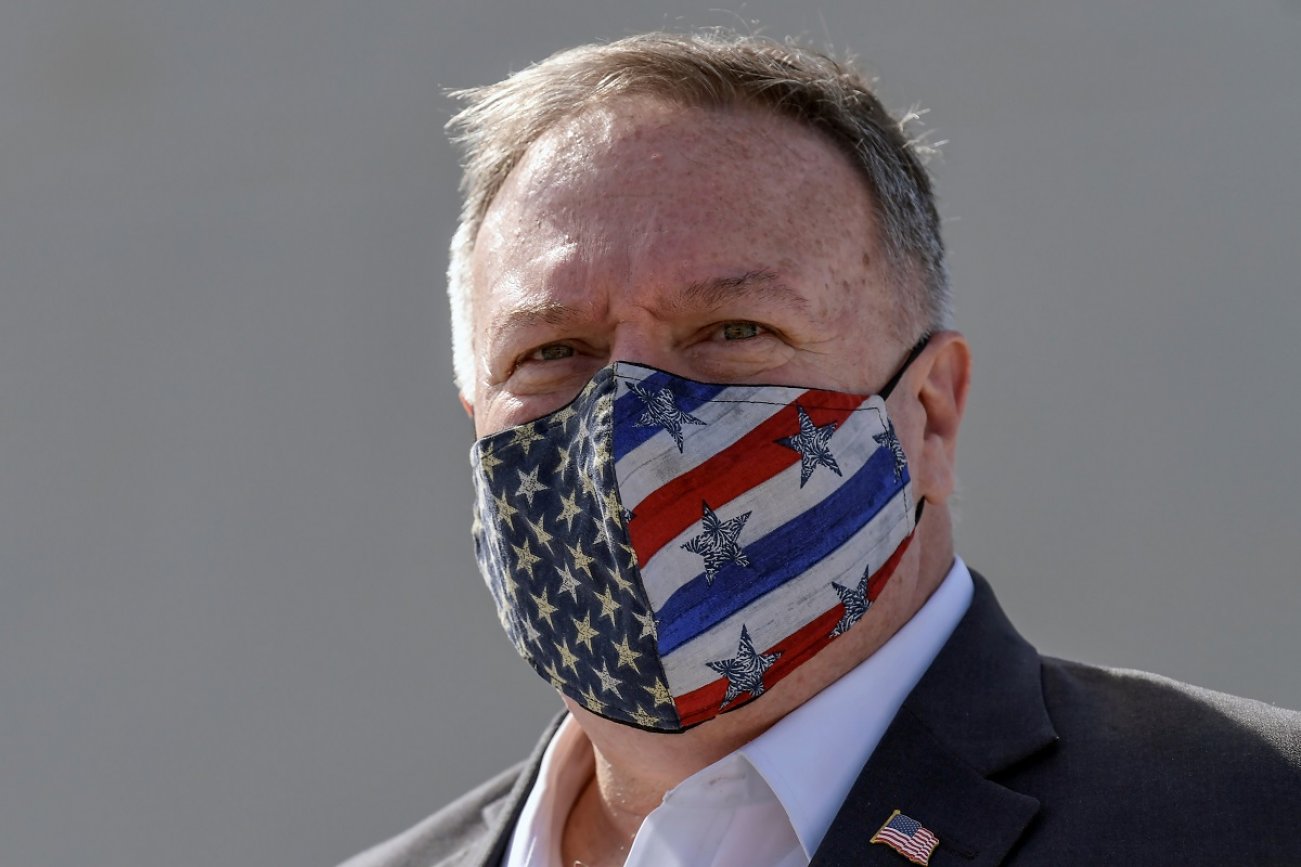 Xi Jinping’s increasing aggressiveness underscores that decades of accommodating and appeasing Beijing were mistakes. Against this backdrop, Pompeo should visit Taiwan.

Too many secretaries of State see travel as a personal perk often distinct from the national security prerogatives of the nation they serve, and for too long the press has played along, allowing the nation’s top diplomat to use miles flown or countries visited as a metric for job effectiveness.

The Associated Press reported in 2012, for example, how “While historians will debate and eventually rate her tenure as America's top diplomat, Clinton is already assured of a place in the State Department record book. When her plane touched down at Andrews Air Force Base outside Washington early Tuesday morning, the former first lady completed an epic 13-day journey of 27,000 miles — about 2,000 miles more than the circumference of the Earth.” The wire service quoted one exuberant Clinton staffer describing “the France-Afghanistan-Japan-Mongolia-Vietnam-Laos-Cambodia-Egypt-Israel itinerary as ‘especially absurd, even for us.’” A Clinton aide’s email suggested that the secretary based her itineraries more on bolstering numbers of countries visited, visiting countries to which she had never traveled in her career, or becoming the first secretary to visit a state than any strategic reason. “With 7ish months left, plenty of time to run up the score on total countries. 110 is a reasonable goal.” Phillipe Reines, her assistant for strategic communications, emailed her. “Here are the 94 countries left to choose from (asterisks appear next to countries you visited prior to becoming SecState, but not since - so they would count).” Among those countries he listed were Belarus, Iran, and North Korea, considered possible destinations for all the wrong reasons.

John Kerry one-upped Clinton by becoming the first secretary of State to visit and tour Antarctica, never mind there were not foreign diplomats their to engage. While he did meet with American scientists there, he might have saved the American taxpayer several million dollars had he simply skyped with them from their home agency, just a couple miles from the State Department’s headquarters.

Mike Pompeo has been more responsible. He has not traveled as much as some of his predecessors (although more than Rex Tillerson), but every trip he has made has had a clear purpose to further Trump administration policy or promote clear American strategic interests. His trips to Greece and Cyprus, for example, have underscored the growing reorientation of the Eastern Mediterranean security structure. His recent visits to the Balkan and South America have encouraged state with new-found oil wealth to integrate their energy infrastructure to the advantage of regional democracies.

He could cap off his career, however, by becoming the first secretary of State to visit Taiwan.

The United States has not had formal relations with the Republic of China, based in Taiwan, since January 1, 1979, when the United States switched diplomatic recognition from Taipei to Beijing, ending a process begun by Secretary of State Henry Kissinger’s outreach to and cultivation of the Peoples Republic of China. This did not amount to complete abandonment: The same day Congress passed the Taiwan Relations Act “to promote the foreign policy of the United States by authorizing the continuation of commercial, cultural, and other relations between the people of the United States and the people on Taiwan.” In effect, this created shadow relations in which a newly-established American Institute in Taiwan would act as a de facto embassy while Taiwan would operate a Taipei Economic and Cultural Representative Office as its equivalent in Washington.

Nevertheless, over recent decades, the level of interaction U.S. officials and Taiwan has declined. George H.W. Bush sent the first cabinet-level official to Taiwan since the 1979 break in relations when U.S. Trade Representative Carla Hills visited the island in 1992. That broke the ice and, during the Clinton administration, a number of other senior officials visited Taiwan: Secretary of Transportation Federico Peña, Small Business Administration head Phil Lader, Secretary of Energy Bill Richardson, and Peña’s successor Rodney Slater. After Clinton left office, visits declined precipitously. George W. Bush sent no senior officials to Taiwan, and Barack Obama sent only Environmental Protection Agency (EPA) Administrator Gina McCarthy. The most senior State Department official sent to America’s 11th largest trading partner was the special envoy for Lesbian, Gay, Bisexual, Transgender, and Intersex individuals. Contrast that with the high profile visits paid to Cuba, and the diminishment of Taiwan in the strategic calculus was clear.

President Donald Trump has already begun to reverse this pattern. On February 28, 2018, Congress passed the “Taiwan Travel Act” which Trump signed into law just weeks later. Written into the law was “the Sense of Congress” that “It should be the policy of the United States to...allow officials at all levels of the United States Government, including Cabinet-level national security officials, general officers, and other executive branch officials, to travel to Taiwan to meet their Taiwanese counterparts.”

Despite the Act, Trump has only recently begun to send more senior officials to the island. On August 9-10, Alex Azar, secretary of Health and Human Services, visited Taiwan. This was followed the following month by Under Secretary of State for Economic Growth, Energy, and the

Environment Keith Krach, who represented the United States at a memorial service for former Taiwan President Lee Teng-hui. The State Department’s efforts to downplay his visit, however, undercut the symbolic importance of the trip. Likewise, while the White House applauded Taiwan and Somaliland’s decision to establish diplomatic relations, the State Department’s refusal to acknowledge or similarly affirm at best signaled hostility toward Taipei and at worse showed strategic confusion.

Xi Jinping’s increasing aggressiveness underscores that decades of accommodating and appeasing Beijing were mistakes. China has continued to flout international law in the South China and East China Seas. In recent months, China has revoked Hong Kong’s special status and accelerated genocide against its Uighur population. It covets Taiwan, a country (Beijing’s claims aside) that has historically seldom been under mainland China’s control.

Against this backdrop, Pompeo should visit Taiwan. He has already appeared alongside Taiwanese President Tsai Ing-wen, and so a visit would be the logical next step. Yes, Beijing will bluster: When U.S. carriers pass through the South China Sea or other officials visit Taiwan, China regularly ups its threatening rhetoric and scrambles its warplanes but when Washington affirms its commitment to freedom of the seas and freedom of American officials to visit wherever they need in fulfillment of their government functions, Beijing backs down. Pompeo may take the diplomatic standoff to a new level, but the presence of a U.S. carrier strike group near Taiwan during his visit would deter Beijing. Nor would Pompeo need to announce his visit in advance.

That so many U.S. officials are unwilling to play diplomatic hardball surely factors into the calculations of Xi and Russian President Vladimir Putin when they act provocatively or engage in their own regional salami-slicing. As Pompeo changes the conversation about China in Washington, he could do no better than lead by example and become the most senior official to visit Taipei since President Dwight D. Eisenhower visited Taipei 60 years ago. That, more than trying to set records for numbers of countries visited or taking his team on a junket to Antarctica is the way to return gravitas to America diplomacy.

Michael Rubin is a resident scholar at the American Enterprise Institute (AEI). You can follow him on Twitter: @mrubin1971.