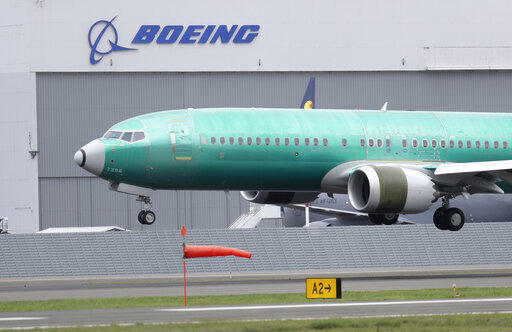 PORTLAND, Ore. (KOIN) -- Gov. Jay Inslee and other Washington officials will answer questions from the media Thursday afternoon on a variety of topics.

Inslee will be joined at the 2:30 p.m. press conference by Secretary of Health John Wiesman and Commerce Director Lisa Brown, indicating the state's response to the ongoing pandemic will be one of the topics.

But it's likely he'll also be asked about Boeing's decision to move the production of their 787 Dreamliner to South Carolina.

“Washington state remains the best place in the world to build airplanes. Boeing's success as a company is a credit to the workers and taxpayers of Washington state. Today's announcement is an insult to the hardworking aerospace employees who build 787s," Inslee said in a statement.

He said he understands the serious market forces Boeing faces. "What I don't understand is why the company can't commit to restoring production here when the market for this plane improves."

About 70,000 peoople work in the aerospace industry in Washington and the state will continue to support those companies and workers, he said.

"But Boeing's decision to take the 787 to South Carolina necessitates a review of our partnership and the company's favorable tax treatment."