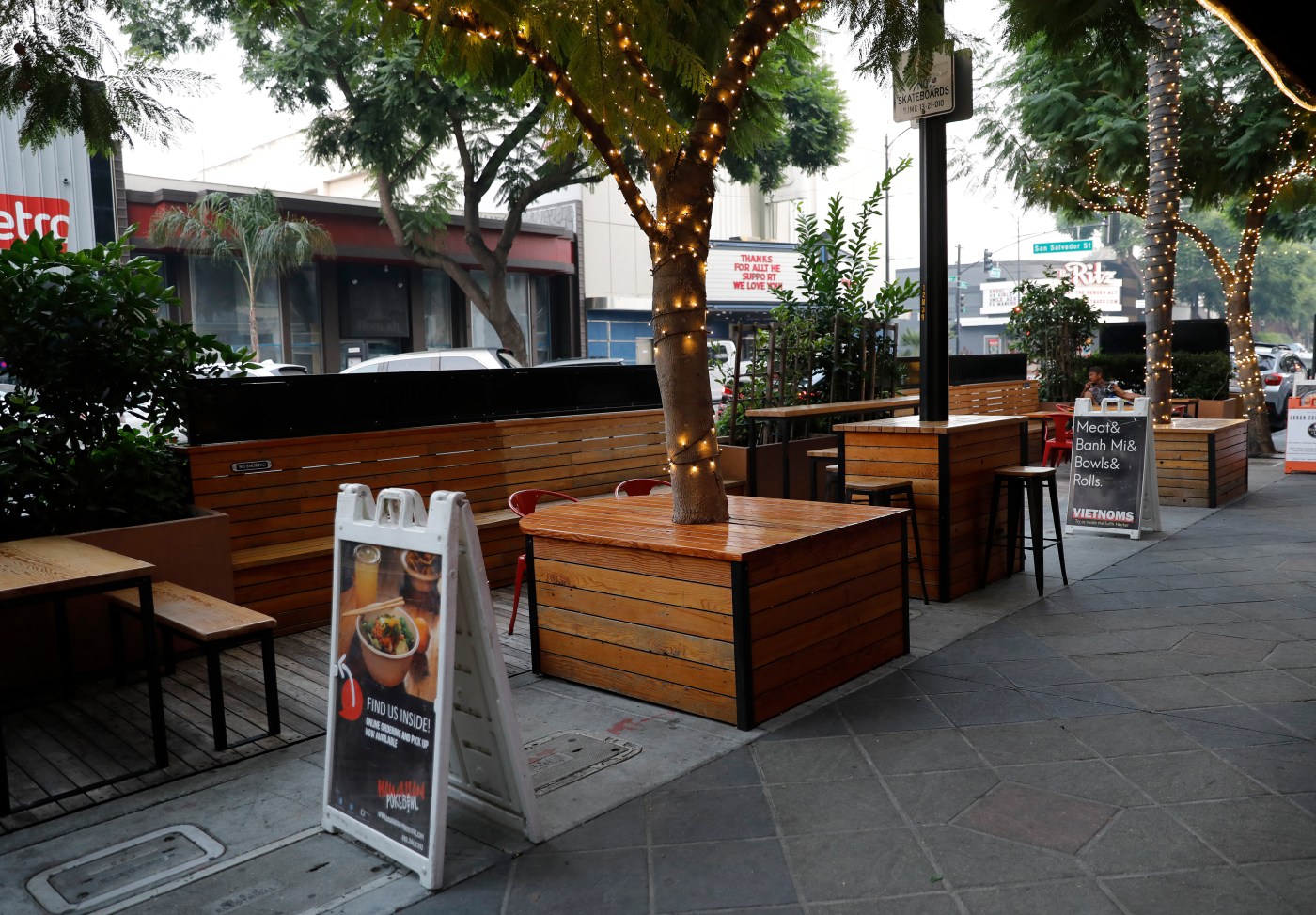 They’re calling it Dine Downtown, version 2.020, a promotion tailored for this coronavirus year.

About 100 food establishments have reopened for alfresco and takeout business in downtown San Jose, but thousands of their customers — the City Hall staffers, the San Jose State University students and faculty and the high-tech, bank and other business employees who normally fill the tables — are working from home during COVID-19. And the theatrical, music and art venues that  draw diners remain closed.

So the San Jose Downtown Association has launched an ambitious version of the annual dining deals program that changes the previous white-tablecloth-dining focus to highlight meals and quick bites that can be enjoyed outdoors at downtown’s expanded street-dining scene. Even coffeehouses are joining in.

And for the first time, the promotion will run for six weeks, from today through Nov. 15.

“Our restaurants are struggling because of the pandemic,” Autumn Young, SJDA’s interim managing director, said in announcing the promotion.  “We wanted to bring attention to those businesses making their way through these difficult times.”

Jennifer Cannella Echeverri, owner of Habana Cuba at the SoFA Market, welcomes this customer outreach effort and hopes it will result in more local support for “all the small businesses that make San Jose unique.”

“We are surviving, thanks to the city of San Jose for some grants, but we need more in-house sales!!” she said in an email. “Deliveries are killing us — they take 30% from the sale.”

Dine Downtown promotions this year will range from quick bites, like 77-cent boneless wings at the Nest Asian Bistro on South Third Street on Mondays and Wednesdays, to a $45 multi-course Hawaiian feast of seafood and sausages at Tiki Pete on North Market Street.

The Little Italy district will be represented by restaurant and wine bar Enoteca La Storia, which features a courtyard patio.

At least three San Pedro Square restaurants have joined the program. Farmers Union is bringing back its three courses for $30 promotion; spirits-centric District will join with a new deal; and 71 Saint Peter, a mainstay on the square since 1993, will offer a tasting trio to welcome guests for the first time after being closed for months.

“After briefly flirting with to-go orders we realized it was not enough to survive on,” 71 Saint Peter owner Cordial Pajor said. “Now that San Pedro Street is open for alfresco dining there has been a small but noticeable upward trend of individuals eating out. We would like to keep this momentum going and help San Jose restaurants breathe some life back into downtown spaces.”

His 71 Saint Peter and the Mezcal restaurant, located on San Fernando Street behind the cathedral, have both been part of the Dine Downtown promotion since its inception 12 years ago.

And this year there’s a newcomer that hasn’t even opened its doors yet.

Petiscos, a casual small-plates restaurant from the team at the upscale Adega in the city’s Little Portugal neighborhood, will open on South First Street sometime during Dine Downtown’s run. Owner Carlos Carreira will offer a Dine Downtown deal first at his family’s Pastelaria Adega on Santa Clara Street, then offer one for the grand opening of Petiscos.

“We stretched Dine Downtown to include more restaurants over a longer period of time to make sure customers have plenty of time to explore new dining experiences and revisit a favorite,” the association’s Julie Carlson said.

Young and Carlson expect more restaurants to join the promotion in the coming days. Find the full list and menu details at www.sjdowntown.com/dine-downtown.

The White House and Pelosi accuse each other of 'moving the goalposts' on a stimulus deal, as the prospect of funding before Election Day slips further away