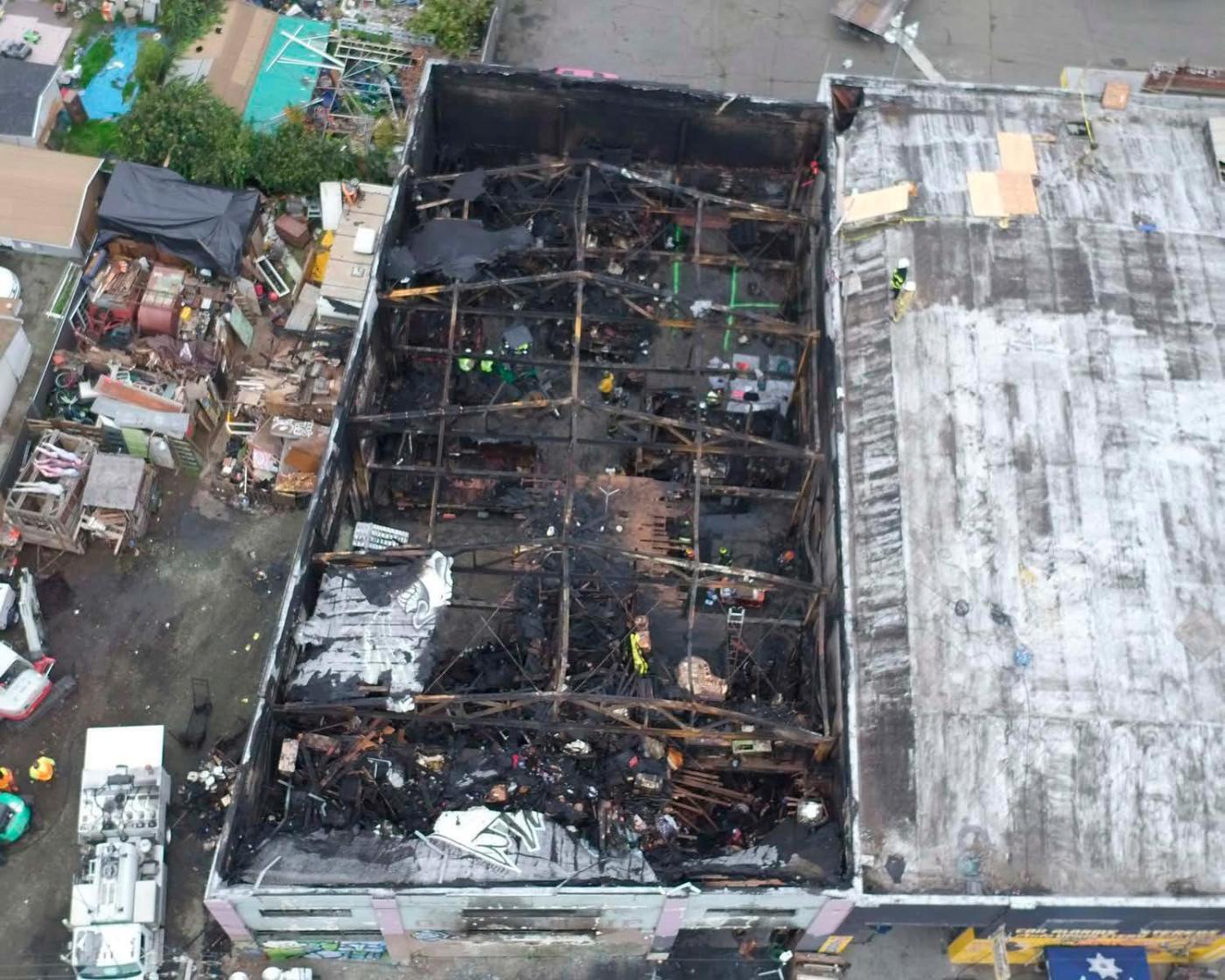 Oakland’s fire department is failing to inspect hundreds of schools and apartment buildings as required by state law and despite promises to fix problems exposed after the deadly 2016 Ghost Ship warehouse fire, according to a city audit released Wednesday.

The audit found that 51% of all buildings the department is required to inspect each year went unchecked for three consecutive years, even as the fire department increased the number of inspectors it has.

The Dec. 2, 2016 inferno, which killed 36 people, uncovered flaws in Oakland’s inspections of buildings in its flatlands. In the days after the blaze, city officials discovered that the Fruitvale District warehouse had never been inspected and was not on the city’s internal list of properties to inspect.

Although the building was zoned strictly for commercial use, about two dozen people lived at the warehouse and held parties on the second floor. Pianos, trailers and other flammable material were packed in the cluttered warehouse, which drew its electricity from a power source in the auto body shop next door through a hole in the wall.

Three months later, in March 2017, a fire at a halfway house on San Pablo Avenue killed four people and displaced dozens of others, some of whom became homeless. A fire official’s warning that the building was dangerous did not prompt an inspection until three days before the blaze. Oakland officials faced criticism for inspecting the property sooner.

Now, nearly four years after the Ghost Ship blaze, City Auditor Courtney Ruby’s report shows Oakland still has a long way to go to fulfill its pledge to improve building safety and reform the Fire Prevention Bureau. That branch of the fire department is responsible for inspecting buildings in Oakland’s flatlands and vegetation management in the hills, where a firestorm in 1991 killed 25 people and destroyed nearly 3,000 homes.

State law requires local fire departments to annually check K-12 campuses, apartment buildings, hotels and high rises for fire safety. The city audit looked at three years worth of inspection records and found that while Oakland had inspected more buildings in the wake of the Ghost Ship fire, the majority of state-mandated inspections were not being done.

Between September 2018 and September 2019, 72% of schools — or 285 of 396 campuses — and 70% of apartment buildings were not checked for fire safety, according to the audit. The majority of the missed properties are in some of Oakland’s lowest-income neighborhoods.

In the Fruitvale District, where the Ghost Ship warehouse is located, 273 buildings were not inspected, the auditor found. That was nearly as many that went unchecked in downtown Oakland, a total of 276. Auditors found 292 buildings weren’t inspected in a zip code including West Oakland and Chinatown.

“We found that about half of the properties that the State Fire Code or the City’s Municipal Code has deemed high risk enough to be inspected annually, received no inspections for at least three consecutive years,” Ruby wrote.

Attorney Mary Alexander, who represents families of victims in both the Ghost Ship and San Pablo Avenue fires, said she “hoped the city would do more” and keep promises it made in 2016. Oakland reached a $32.7 million settlement with families of 32 of the 36 victims in July, one of the largest settlement figures in the city’s history.

The audit’s findings are similar to a 2018 Bay Area News Group investigation, which analyzed inspection records from 11 of the Bay Area’s largest fire agencies and found that fire departments across the region routinely missed yearly deadlines on inspections.

The news agency’s investigation prompted Sen. Jerry Hill, D-San Mateo, to sponsor a bill to require local fire departments to make an annual report of how many state-mandated safety inspections they conduct each year.

The audit also found that the Oakand Unified School District has not been responsive in fixing fire safety violations such as missing fire extinguishers and broken fire alarm systems. According to Ruby, the City Administrator’s Office and Oakland Fire have agreed to implement 29 of her 30 recommendations.

“Together, we must ensure a sense of urgency and accountability is ignited at the Fire Prevention Bureau,” Ruby wrote in a letter to city leaders. “We cannot look back and say we knew better, we must look forward and provide our residents and businesses with the assurance that the City is doing all it can to protect them.”