MANCHESTER UNITED could receive a £20million boost to their transfer funds with Roma reportedly close to signing Chris Smalling.

The centre-half finished last season with the Italian side, and impressed during his loan there.

Now, according to The Athletic, Roma are edging closer to United’s valuation – which is believed to be offers in excess of £18m.

The Serie A giants were originally not budging at £12m, but ‘significant progress was made on the deal on Wednesday’ and ‘only the final details of the transfer now need to be resolved between the two sides’.

Smalling had fallen out of favour at Old Trafford, and boss Ole Gunnar Solskjaer appears to want to go with Victor Lindelof to partner Harry Maguire this season.

That extra money in the coffers could make up the shortfall between United’s Jadon Sancho bid and what Borussia Dortmund want for the winger.

SunSport reported how sources close to the deal beieve the deal could be completed for much lower than Dortmund’s original £108m asking price.

The German giants are said to want a minimum of £80m up front, plus add-ons.

Frantic negotiations behind-the-scenes are continuing to complete the deal in time before the transfer window closes on Monday.

One source said: “There’s a bit of a stand off going on… it’s a case of who blinks first.

“Will United up the offer or will Dortmund accept a lower bid?”

The Red Devils are considering making a final bid for the young star on Wednesday in the hope of forcing the deal across the line.

Sancho was left out of the Dortmund squad for the German Super Cup clash with Bayern Munich on Wednesday.

And Solskjaer is growing increasingly confident he can land his No1 target before the deadline. 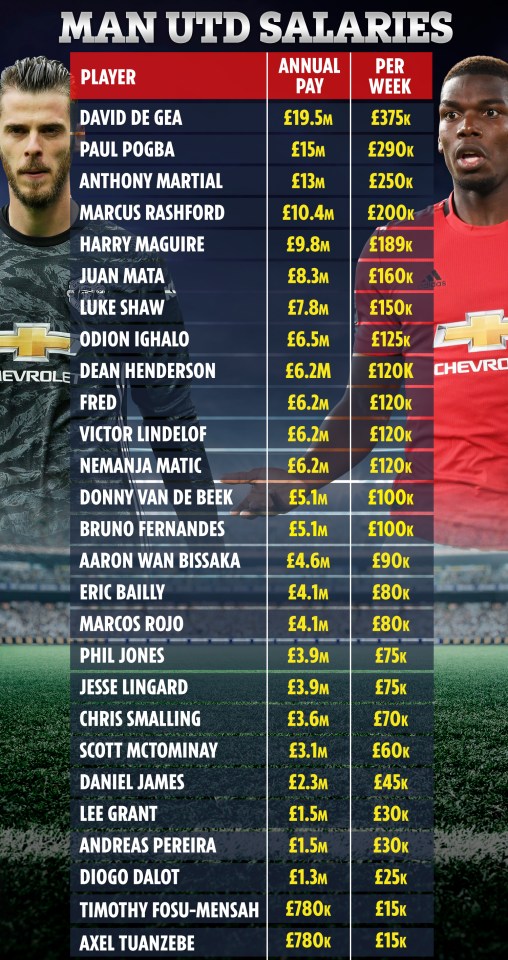 Sources say Dortmund are resigned to losing the player, despite publicly being confident he will stick around.

One said: “He wants this deal done.

“He’s told his agent and various advisors to do all they can to make it happen.

“They are pushing for him.”

United have also been linked with Porto left-back Alex Telles, although will need to negotiate further with his club on the price.

Barcelona outcast Ousmane Dembele has also been linked with a loan move to Old Trafford.

Iraq’s ‘stadium of horrors’ in ruins, but the game goes on