I WAS mugged in broad daylight last Thursday – on a busy street in London for the second time in 11 months.

The act itself only took a second. The usual story you’ve no doubt heard from friends in the capital many times: Hooded street rat on a bike swoops from behind to snatch phone from out of my hand.

I wasn’t injured. In fact, the whole thing was over well before I could even start a futile chase after the scumbag, swearing and yelling as I lumbered down the high street.

After a couple of minutes, feeling violated and a little embarrassed, I gave up and started victim-blaming myself: “How could you be so idiotic to use your phone in public? That’s just asking for trouble, Dan!”

As I started the painful process of cancelling accounts, speaking to my bank and arranging insur-ance, I realised it hadn’t even struck me to call the police.

That’s when I got angry.

Sergeant Matt Ratana, pictured, who hailed from my homeland of New Zealand, was shot dead while on duty in Croydon[/caption]

Angry that the Met’s depleted resources are being wasted pursuing people for hosting small house parties when hooded offenders know they can commit muggings all day long without the slightest chance of getting caught.

Angry with the woke morons who lead calls to defund our police at a time we need them at full force.

Angry with the likes of Labour MP Dawn Butler for stoking public distrust in the Met by accusing them of systemic racism, when virtually every single officer spends every day desperately trying to stop criminal behaviour.

And angry that London’s mayor Sadiq Khan has allowed the greatest city in the world to become so lawless that it can feel like an urban Wild West where criminal gangs are able to operate freely. There was more devastating evidence of the brutal reality facing our cops the next day as Sergeant Matt Ratana, who hailed from my homeland of New Zealand, was shot dead while on duty in Croydon.

Learning of the death of any serving police officer brings back traumatic memories of the manslaughter of my uncle Derek Wootton, another good Kiwi copper, who was mowed down on duty in 2008 while laying road spikes to stop a violent criminal on the run.

The daily risks our brave officers go through are unconscionable. The chances of something going very wrong grow higher by the day.

We MUST support our police. They won’t do everything right and there might be a wrong ’un or two in their midst, but my God, we need them more than ever.

Sadly, this IS now a political issue. Since Boris Johnson stepped down as London mayor, crime in Khan’s London has soared at five times the rate of the rest of the country.

Since Boris Johnson stepped down as London mayor, crime in Sadiq Khan’s London has soared at five times the rate of the rest of the country[/caption]

The problem is now urgent and I am increasingly convinced that law and order will become the defining issue of the delayed mayoral election next May.

It’s no wonder the Tory candidate Shaun Bailey, a truly good man who is a former London security guard, youth worker and charity boss, is seeing a surge in support.

While Khan does everything possible to aggravate London’s relationship with the Government, Bailey has pledged to work with Home Secretary Priti Patel to increase London’s police numbers to a record 40,000 and make tackling violent crime his number one priority.

My fear is how many more crimes will be committed in lawless London in the next eight months before, I pray, sanity prevails.

BEEB COULD LIGHTEN UP WITH WOKE KATH

HOW refreshing to hear a self-proclaimed woke comedian railing against the cancel culture that now dominates the prissy and paranoid entertainment industry.

Katherine Ryan’s hilarious new Netflix sitcom The Duchess – a major new hit for the streaming giant – has that rare ability of pushing boundaries with a modern approach to sex and relationships, while remaining beautifully un-PC.

As she told me on my talkRADIO Drivetime show this week: “I am vehemently against cancel culture. If you take anyone’s stand-up from a few years ago and put it into today, you’ll find things to be offended about. I believe you can be a little bit woke and push the boundaries and take risks.”

Just the sort of comic the BBC’s new Director-General Tim Davie should be doing everything to persuade to come to work for the currently unfunny corporation.

NO FUN FOR GEN CORONA

FRESHERS just weeks out of home locked up in their halls of residence – potentially for weeks on end – holding desperate notes in the windows asking for supplies (including the essential university wacky baccy).

Subjecting students to this sort of treatment, just weeks after being assured their best course of action was to return to campus, is nothing short of inhumane[/caption]

There has been no greater illustration of the dystopian nightmare being inflicted upon our youth as a result of coronavirus when, ironically, they are the generation least at risk.

There’s actually a very strong argument that our hard-partying 18 and 19-years-old are doing the rest of us a big favour by letting their strong immune systems start to develop resistance to Covid-19 (the dreaded herd immunity strategy that shall not be uttered aloud by government scientists).

Imagine if, every time a student got the flu, an entire university was shut down. It just doesn’t make any sense.

Subjecting students who have already gone through so much in 2020 to this sort of treatment, just weeks after being assured their best course of action was to return to campus, is nothing short of inhumane.

Now they face continued rent payments with little prospect of making money part-time in the cratering hospitality industry, while being told their courses will move online, with all socialising cancelled.

Most read in Opinion

TOO CRUEL FOR SCHOOL

There'll always be Covid idiots but most of us know the score. Leave. It. To. Us

These young people have missed out on fair exam results, leaving balls, gap years and wild weeks in Magaluf – all the things that make life as a teenager mean something – so what the hell do you think this is doing to their mental health?

We are not learning to live with Covid, actually quite the opposite.

Increasingly this virus is starting to control us and the consequences, especially for the young folk who make up Generation Corona, will end up being much more damaging. 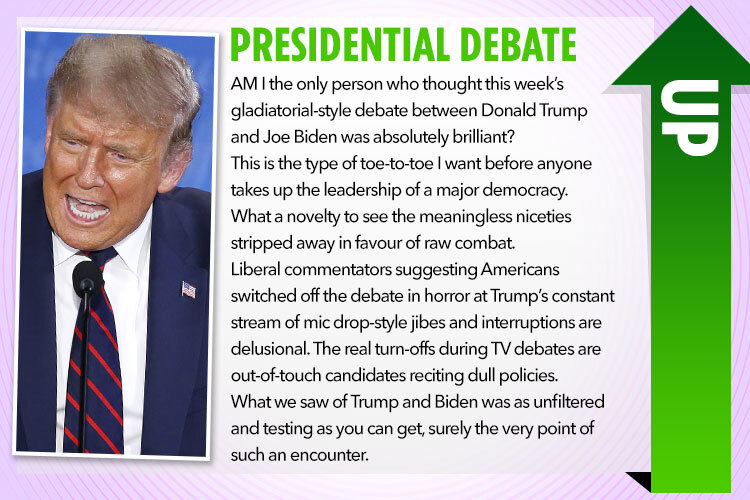 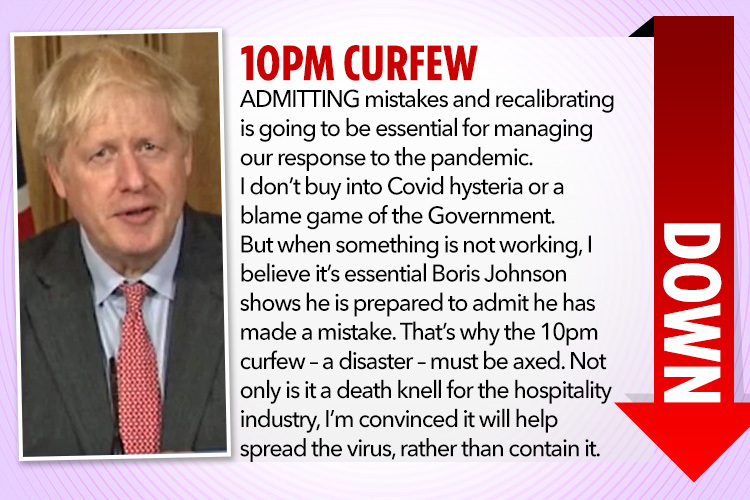 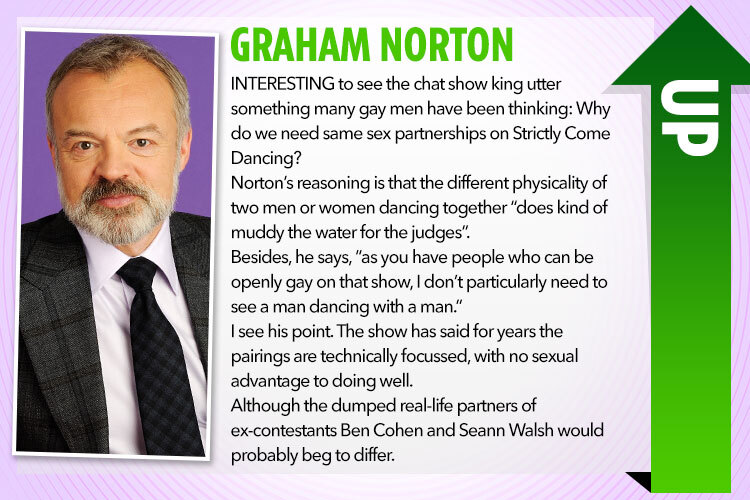