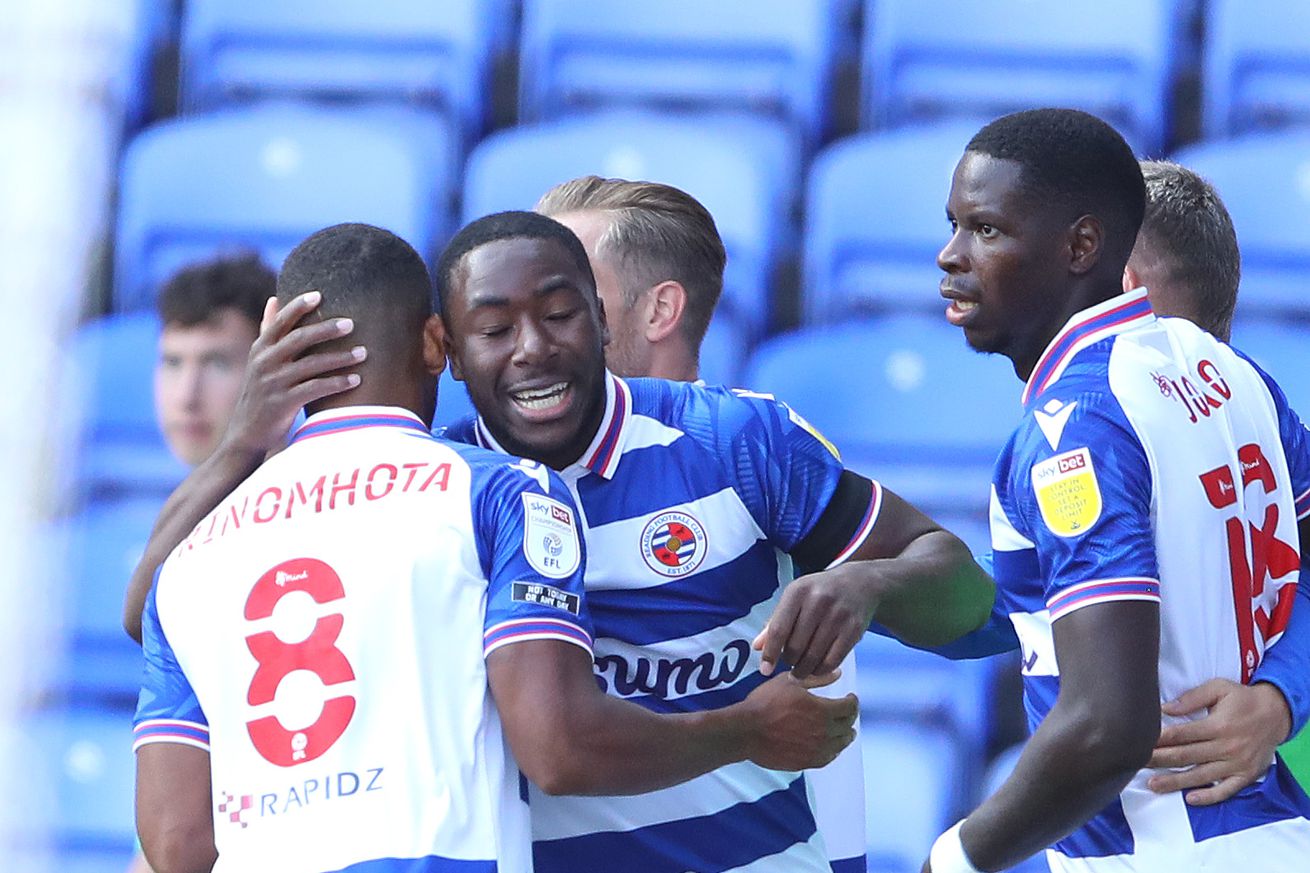 It’s been an impressive opening month of the season.

What an opening month to the season it’s been. Reading have made their best start to a league campaign since 1985, as new boss Veljko Paunovic has overseen three wins from three games in the Championship - 2-0 vs Derby County, 2-0 vs Barnsley and 2-1 vs Cardiff City - to put the Royals top of the league. We’ve also had two EFL Cup games - the 3-1 win over Colchester United and 1-0 defeat to Luton Town.

Now it’s time for you to vote on your best player from those first five fixtures. The fact that it’s a shortlist of six highlights just how impressive the team have been so far in 2020/21. The nominees are in alphabetical order.

Joao has been a crucial player for Reading already this season. He’s top scorer with five goals in all competitions, consisting of a hat trick in the League Cup against Colchester United, a close-range finish from Michael Olise’s corner in the 2-0 win at Derby County, and a vital second at Cardiff City last time out.

But he’s been effective all round. Joao’s hold-up ability has given Reading another dimension to their play, and that paid off most obviously with Ovie Ejaria’s goal at Derby County. It’s paid off with Joao taking the highest average score on this list and the most man-of-the-match wins.

Reading’s first signing of summer 2020 has settled into Championship football excellently. Laurent has given the side real presence in midfield alongside Andy Rinomhota, showing great work rate off the ball and composure while in possession.

Although he has registered an assist, setting up Joao at Cardiff, Laurent tends to go about his business in midfield quietly and effectively. He’s already a valuable player in Pauno’s system.

Morrison has been a rock at the back so far, forming a top partnership with Liam Moore. Although the arrival of Lewis Gibson will challenge Morrison’s spot in the side, so far there’s little to suggest the veteran centre half can be budged. A well-taken goal at Cardiff indicates his quality from set pieces.

Olise has enjoyed a great start to the season, contributing to three goals in his three Championship appearances. He set up Joao with an inswinging corner on the opening day of the league campaign before opening his own account for the club with a long-range strike against Barnsley. Then came a pinpoint free kick for Morrison to nod in at Cardiff.

He’ll be a key creative spark for this team going forwards in the absence of John Swift and, despite still being just 18, he’s already an impressively mature player. Three successive finishes as MOTM runner-up indicate his rising consistency.

Reading have been rock solid at the back in the league this season and that is, in large part, down to the goalkeeper. Rafael has been his commanding self in the early stages of 2020/21, and that’s led to two Championship clean sheets: Derby and Barnsley. That was almost turned into three at Cardiff, only for Lee Tomlin to bundle the ball home from a set piece.

Similar to Laurent, Richards has been impressive for his reliability and composure, going about his business quietly but effectively. For the first time in his Reading career, the left-back spot is unquestionably his to lose, and he’s responded to that seniority with a string of solid performances so far.

So those are the six candidates, but which of them impressed you the most over the course of September? You can vote for your choice in the poll below, or if it doesn’t show up on your device, go through this link here.

Who's your player of the month for September?
Create your own survey
﻿

Notes From the Everywhere Desk