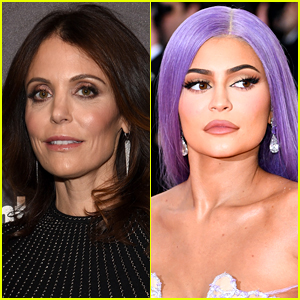 Bethenny Frankel is slamming Kylie Jenner for having Stormi carry the Hermès Kelly Backpack, apparently worth $12,000, in her first-day-of-school photo.

Well, Us Weekly posted an image of Stormi with her backpack and Bethenny took to the comments of that photo and wrote, “this is the most transparent humble brag I’ve seen yet. It’s everything wrong with everything.”

“I commented on @usweekly on a 12k backpack on @KylieJenner daughter. I’m no stranger to an @Hermes_Paris bag & have a daughter & luxury cars, but flaunting(under the guise of a back to school post)during a pandemic & the greatest unemployment crisis in our lifetime is a choice,” Bethenny tweeted, explaining her shade.

If you missed it, Kylie was just called out on Instagram recently by another famous figure.