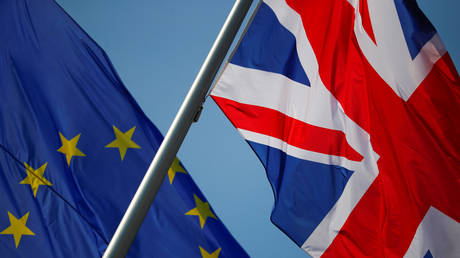 The EU will negotiate with the UK “until the bitter end,” the head of the bloc's parliament David Sassoli has said. The talks have been in turmoil since London introduced new legislation that would breach the withdrawal agreement.

The lawmaker also said he felt “sad” about London’s move to undermine the Brexit agreement, insisting it should honor the earlier deals reached.

“Britain has to respect previous deals or we won’t make any progress,” Sassoli said, during a press conference on Thursday. “The EU will negotiate with Britain until the bitter end.”

The already-turbulent Brexit saga took a new twist early in September, when the UK government unveiled its new Internal Market Bill – admitting the legislation could violate international law in what it said was a “limited” fashion. The legislation caused uproar both in Britain and elsewhere in Europe.

Earlier on Thursday, the bloc said it had launched legal action against the UK over the controversial bill, sending a formal letter of notice to the British government.

“This draft bill is by its very nature a breach of the obligation of good faith laid down in the Withdrawal Agreement. Moreover, if adopted as is, it will be in full contradiction to the Protocol on Northern Ireland,” European Commission President Ursula von der Leyen said.