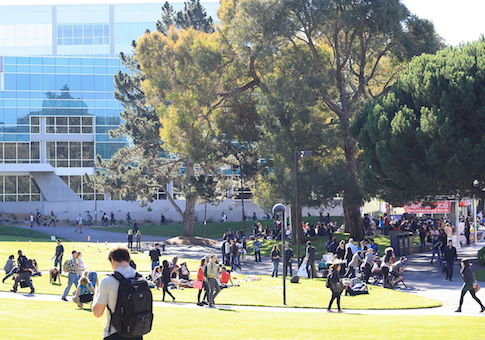 A Republican lawmaker petitioned the Trump administration’s Department of Education to launch an investigation into a San Francisco university after it hosted an online event with a Palestinian terrorist.

Rep. Doug Lamborn (R., Colo.) called on Secretary of Education Betsy DeVos to investigate San Francisco State University (SFSU) for hosting an event last week with Leila Khaled, a member of the Popular Front for the Liberation of Palestine (PFLP), a U.S.-designated terror organization. Khaled, who was the keynote speaker at the SFSU event, hijacked airplanes in the late 1960s and is one of the PFLP’s most prominent terrorists. Lamborn suggested "cutting all federal funding" to the school.

The SFSU event attracted widespread condemnation after the Washington Free Beacon first reported that Khaled would be participating. The event was supposed to be held on Zoom, but was canceled after a legal advocacy group informed the online meeting platform that it could run afoul of U.S. anti-terrorism laws. SFSU attempted to hold the event on Facebook and later YouTube, but both companies removed it, citing violations of their terms of service.

"It is clear to me that providing technology services and forums to terrorists would contradict material support laws," Lamborn wrote to DeVos. "I ask that an investigation be launched into SFSU’s conduct in this matter, and that any and all federal funds given to SFSU, directly or indirectly, be canceled."

The lawmaker also calls for the Treasury Department, which enforces sanctions laws, to investigate the school for possible violations. A copy of his complaint was forwarded to Treasury Secretary Steven Mnuchin.

Lamborn, who wrote to SFSU last week demanding they cancel the event or face repercussions, told the Free Beacon that SFSU’s behavior should disqualify it from receiving federal education funds.

"I am deeply concerned that an American institution in higher education, such as San Francisco State University, would send an invitation to a terrorist and repeat hijacker such as Leila Khaled," Lamborn said. "SFSU receives taxpayer funds and must be held accountable for their appalling actions."

"America is not a nation that negotiates with terrorists of any kind, and we should never allow these terrorists to speak to our campuses," he said.

In his letter to the Education Department, Lamborn said that SFSU’s hosting of Khaled could radicalize "impressionable young people" who attend the school.