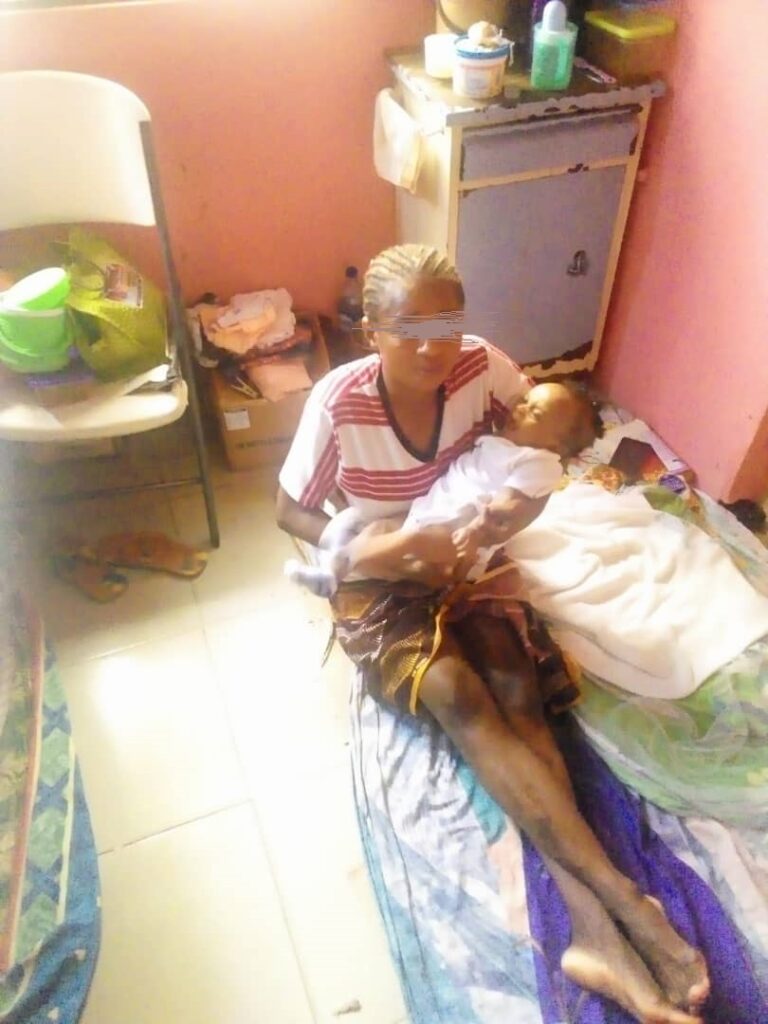 A young girl simply called Blessing and her baby has been held captive for close to 7Months because she was unable to settle the hospital bill.

Blessing, according to Mrs Esther Ogwu, Esther Child Rights Foundation who reported the case on Advocates for Children and Vulnerable Persons platform, gave birth in March through Caesarean section at Mojo hospital at Egbeda shasha in Lagos.

The hospital has been holding her captive since March till now.

She could not go out to buy anything for herself and the baby except one of the nurses helped her out.

Blessing Bassey, a hairdresser had pleaded with the Medical Director to allow her to go and work so as to be able to pay the balance but she totally refused.

Blessing is seeking the help of well-meaning Nigerians to help her and her baby who is already 6 months plus in the hospital.

Blessing and her baby girl has been there throughout the Covid-19 lockdown till now.