…says l didn’t ask for interest on the N4.3b lodged in secret account 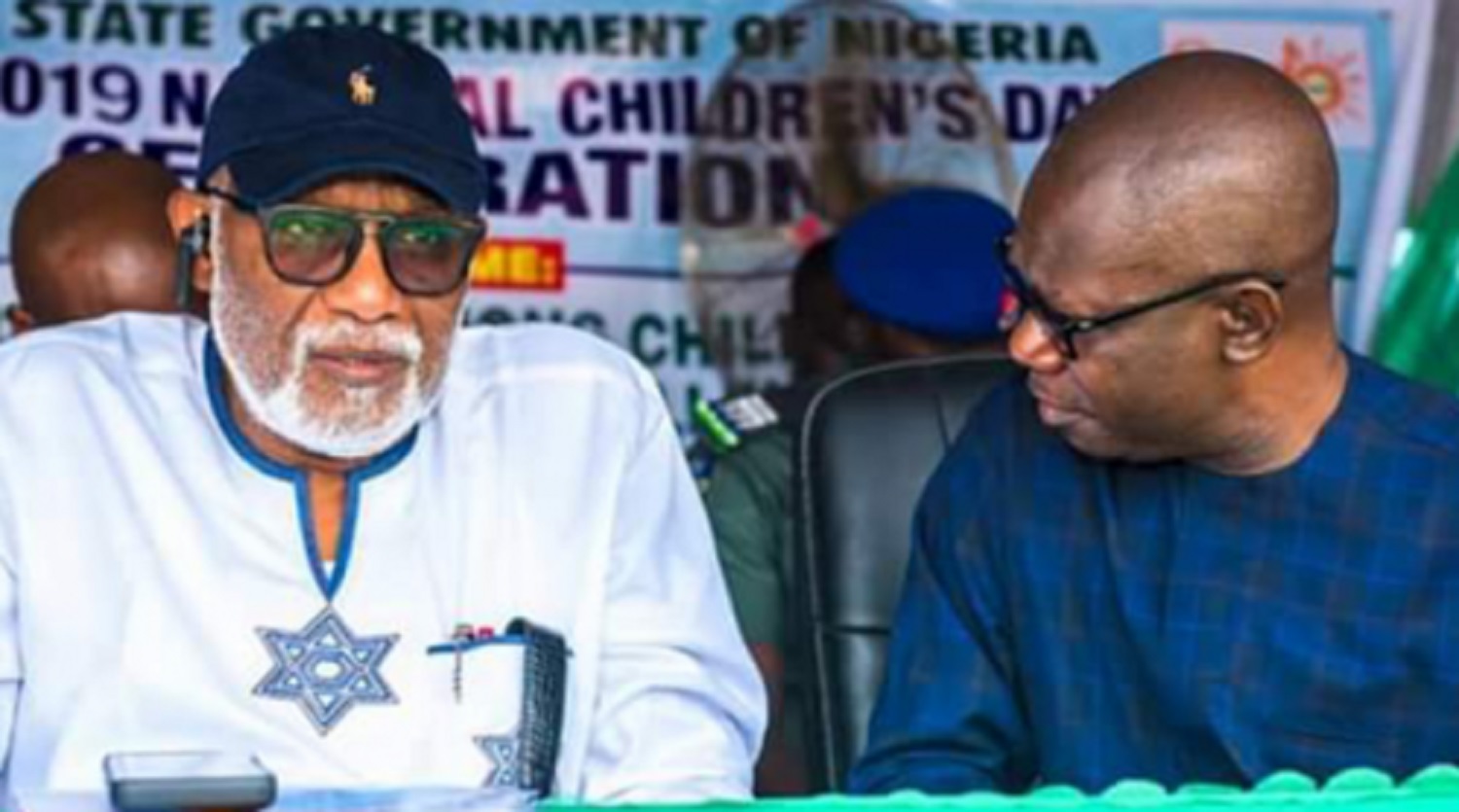 Candidate of the All Progressive Congress (APC) in the governorship election in Ondo State, Governor Rotimi Akeredolu has opened up on his estranged deputy, Hon Agboola Ajayi.

Akeredolu said he gave his deputy “wide room to operate but he later betrayed me by wanting to unseat me despite making him the highest paid deputy governor in the country.

Featuring on a Radio personality programme in Akure, the governor said; “l ensured that Ajayi was well paid in order to make him comfortable in office despite all warnings from different quarters that he should not entrust Ajayi with power”.

According to him “Agboola (Ajayi) does not want to wait for his time. I made him comfortable, I asked him to represent me in so many places but some people were warning me, I said they should leave him alone.

“No deputy governor has collected what he was collecting in the history of the state. I gave him N13million monthly, his predecessors did not collect as much as that.

“No deputy governor collects as much as that in Nigeria. I gave him enough room to operate yet he betrayed me .”

The governor, however, said he was ready to forgive all his detractors, saying as a Christian, he would not begrudge anyone.

Akeredolu also said that his predecessor Dr Olusegun Mimiko was envious of his achievement.

Asked what caused the frosty relationship between him and Mimiko, the governor said “There are things that create envy in a person mind. I believe Mimiko is jealous of me and does not want anyone to equal his achievements. I will equal and surpass him”

He said his performance in all the sectors in the state would earn him the victory at the election.

“We have been doing our best for this state, all the abandoned projects of the past administration have been completed.

“We have rehabilitated and constructed over 700 primary schools in this state.

“We have improved our education system. We have received a loan to complete the abandoned Owena Water Project, we will do it .

Akeredolu added that: ” We are also working five dams, there are so many things in our plans to do for the state.

On the N4.3billion lodged in secret account by previous administrations for over ten years, the governor said; “I took the money from the Bank without demanding for interest. The fund was in a current account and was saved during the Agagu government.”

He said that “the only reason why the opposition is complaining is simply because they wish they were the ones to discover the money. The fund was in a dormant account and I took the funds back without demanding any interest payment from the bank”

16 of the coolest surprise toys for kids