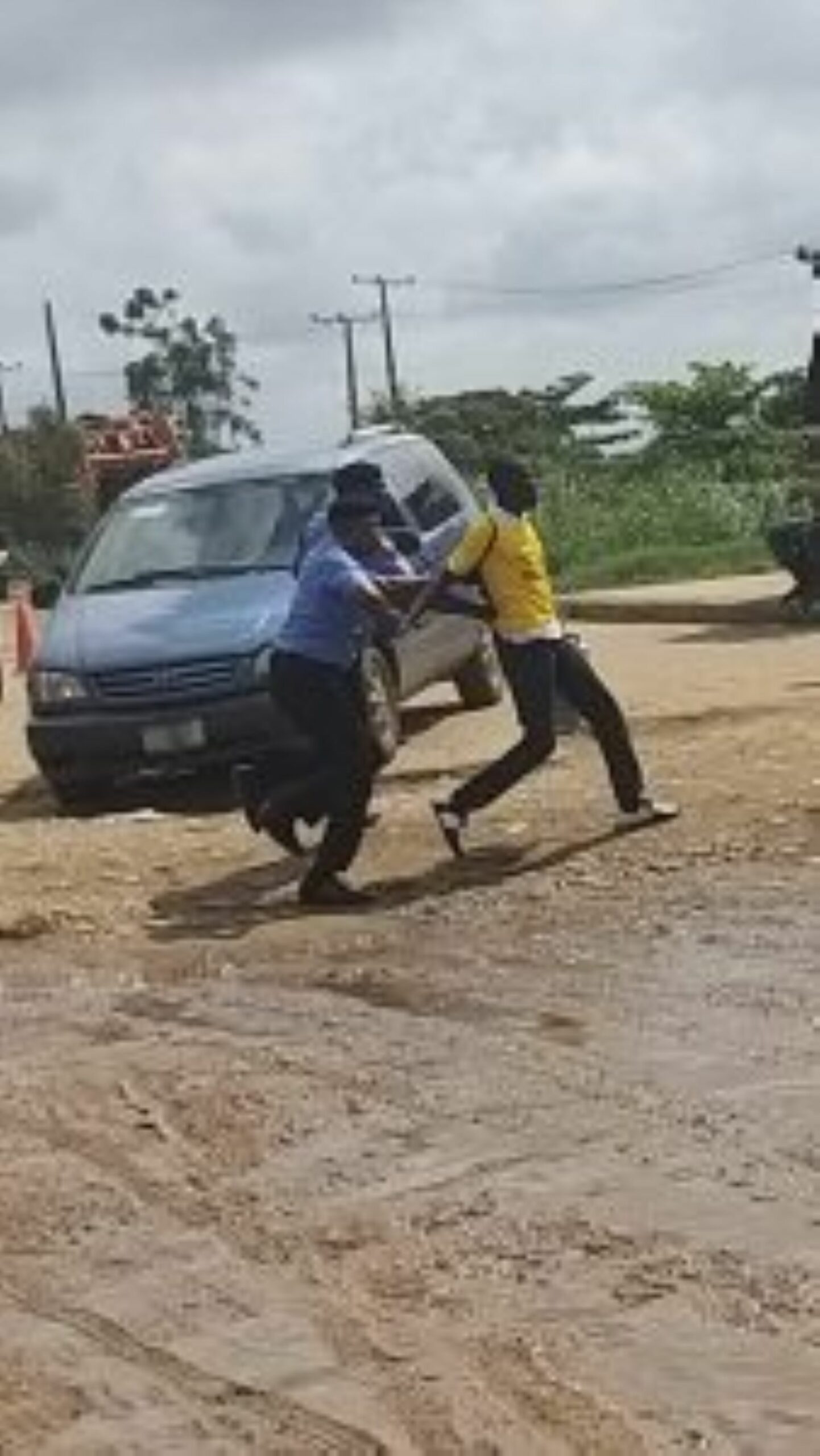 The police in Lagos on Thursday arrested two conveners of “Fix Badagry-Lagos Road” protest at Aradagun area of the expressway and took them into custody.
The News Agency of Nigeria (NAN) reports that hundreds of Badagry youths had gathered at Mowo junction of the expressway as early as 7 a.m. on Thursday, protesting the deplorable state of the road.

NAN reports that the protesters were moving from Mowo junction towards Aradagun area of the expressway when security operatives, led by Badagry Divisional Police Officer, Peter Gbesu, arrested the convener, Mr Mark Akande, and one other.
The two protesters were forced into a waiting police vehicle which took them away.
The police thereafter dismantled the protest and chased away the protesters.
Earlier before his arrest, Akande had called on Lagos State and Federal Government to fix the expressway “because the road has become a death trap to all and sundry in the area.”
“At present, nobody wants to come to Badagry because of the deplorable state of the expressway.
“We are here today to make sure that Gov. Sanwo-Olu, President Buhari and all stakeholders know that the road in Badagry has become a shame.
“We are youths, we are Badagrians and we are not against the sovereignty of the country. We believe in one Nigeria.
“We are out to get the government to fix the road,” he said.
One of the protesters, Mr Ovi Kuponu, said the protest was staged to draw government’s attention to the terrible state of Badagry expressway.

“We are only calling the attention of Lagos State and Federal Government to help us fix Badagry-Lagos expressway.
“We have refused to keep silent in the face intimidation, we will not be silent.
“It is unfortunate that when good people are silent, then evil people will prevail,” he said.
The protesters carried various placards with inscriptions such as; “President Muhammadu Buhari Give Us Good Road”; “Gov. Sanwo-Olu Give Badagry People Good Road”; “Our Businesses Are Dying.”

Also, the Federal Government on Oct. 24, 2018, awarded the reconstruction of the 46km Agbara – Seme section of Badagry expressway to CGC Nigeria Limited at a sum of N63.2 billion.

The contractor had since abandoned the project.

Video: Carragher admits he would ‘love to see’ Spurs win the league on one condition