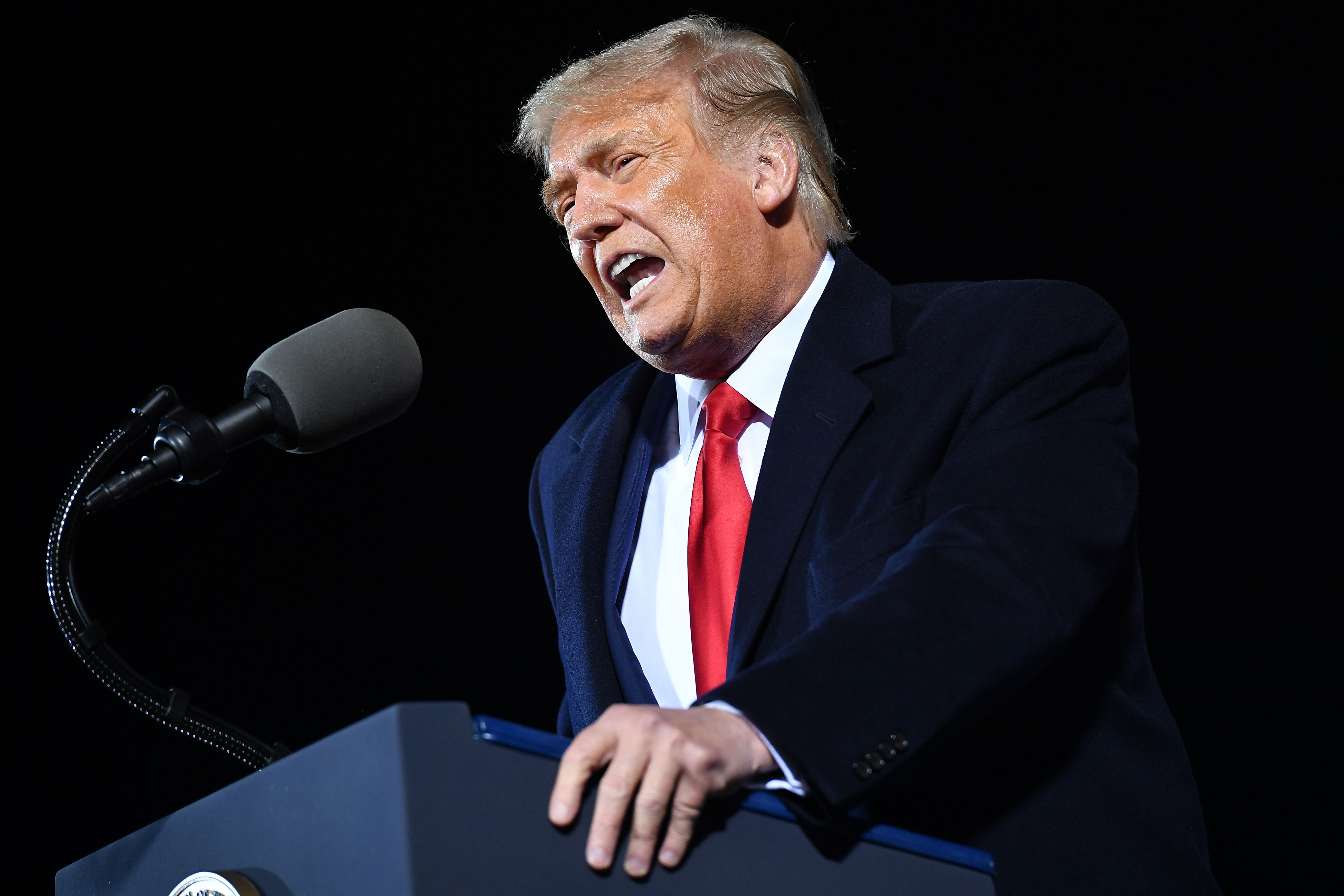 President Donald Trump expressed utter bewilderment during a campaign rally in Duluth, Minnesota, on Wednesday night over the fact that his blatantly racist attempts to win over suburban women aren’t working.

First Trump told his supporters at the rally that Democratic presidential nominee Joe Biden “will turn Minnesota into a refugee camp” and warned of refugees “coming from the most dangerous pieces.”

Then the President complained that his fear-mongering isn’t being rewarded, as reflected in the polls showing Biden outpacing him among suburban voters.

“They talk about the suburbs, women in the suburbs. I ended a regulation that nobody would have done,” Trump said, referring to his repeal of the Obama-era Affirmatively Furthering Fair Housing (AFFH) rule that required cities receiving federal housing funds to probe potential housing discrimination against protected groups.

Trump repeated his claim on Wednesday that the policy “brings public housing, low-income housing, into the suburbs.”

The President also falsely told his supporters that Biden’s housing plan would “zone you out” and “build low-income housing next to your house,” despite the fact that zoning is decided by the local, not federal, government.

Trump has been leaning heavily into instilling panic among “Suburban Housewives of America” and “people living their Suburban Lifestyle Dream” by portraying Biden as a threat to, and himself as a savior of, their tranquil (and supposedly poor people-free) neighborhoods.

“The ‘suburban housewife’ will be voting for me,” the President tweeted after repealing AFFH. “They want safety & are thrilled that I ended the long running program where low income housing would invade their neighborhood.”

Trump complains that his dog whistling isn’t polling well among suburbanites: “Are you people crazy?” pic.twitter.com/A3OI8iOakl