ANTHONY JOSHUA claims Tyson Fury has not ‘progressed as quickly’ as he has up the professional ladder.

The WBA, WBO and IBF heavyweight champion is set to face Kubrat Pulev later this year, before then turning his attention towards the Gypsy King.

Anthony Joshua is set to face Tyson Fury next year[/caption]

Both Joshua and Fury – who has a trilogy bout with Deontay Wilder to get out the way – have agreed terms on a sensational two-fight deal in 2021.

AJ, 30, first fought professionally in October 2013, a year after winning gold at the 2012 London Olympics.

Fury meanwhile, who is is 14 months older than his Brit rival at 32, first fought professionally in December 2008.

And Joshua believes his rapid rise puts him on a par with Fury despite making his senior bow five years later.

He told Sky Sports: “Remember, he [Tyson Fury] was a heavyweight well before my time. He turned professional in 2008. That was the year I had my first amateur fight!

“I never thought I would catch up to Fury. He was never someone that was on my radar.

“So I’ve never known Tyson until I turned professional and started barking at the heels of these heavyweights who were docile.

“I started bringing some heat. Now they became relevant in my life.

“My relationship with Tyson is only because I progressed as quickly as I did, and he didn’t progress as quickly.”

Joshua also took aim at the standard of Fury’s opponents during his career by insisting his rival has not been in enough major fights.

The Gypsy King is undefeated in 31 contests, the highlights featuring his two bouts against Wilder and his 2015 world title clash with Wladimir Klitschko.

Fury has also claimed a double scalp over then-undefeated Dereck Chisora while he has previously revealed his 2013 US debut against Steve Cunningham was his toughest opponent.

In addition, the Watford-born boxer can count victories over Dillian Whyte, Alexander Povetkin and Joseph Parker as well. 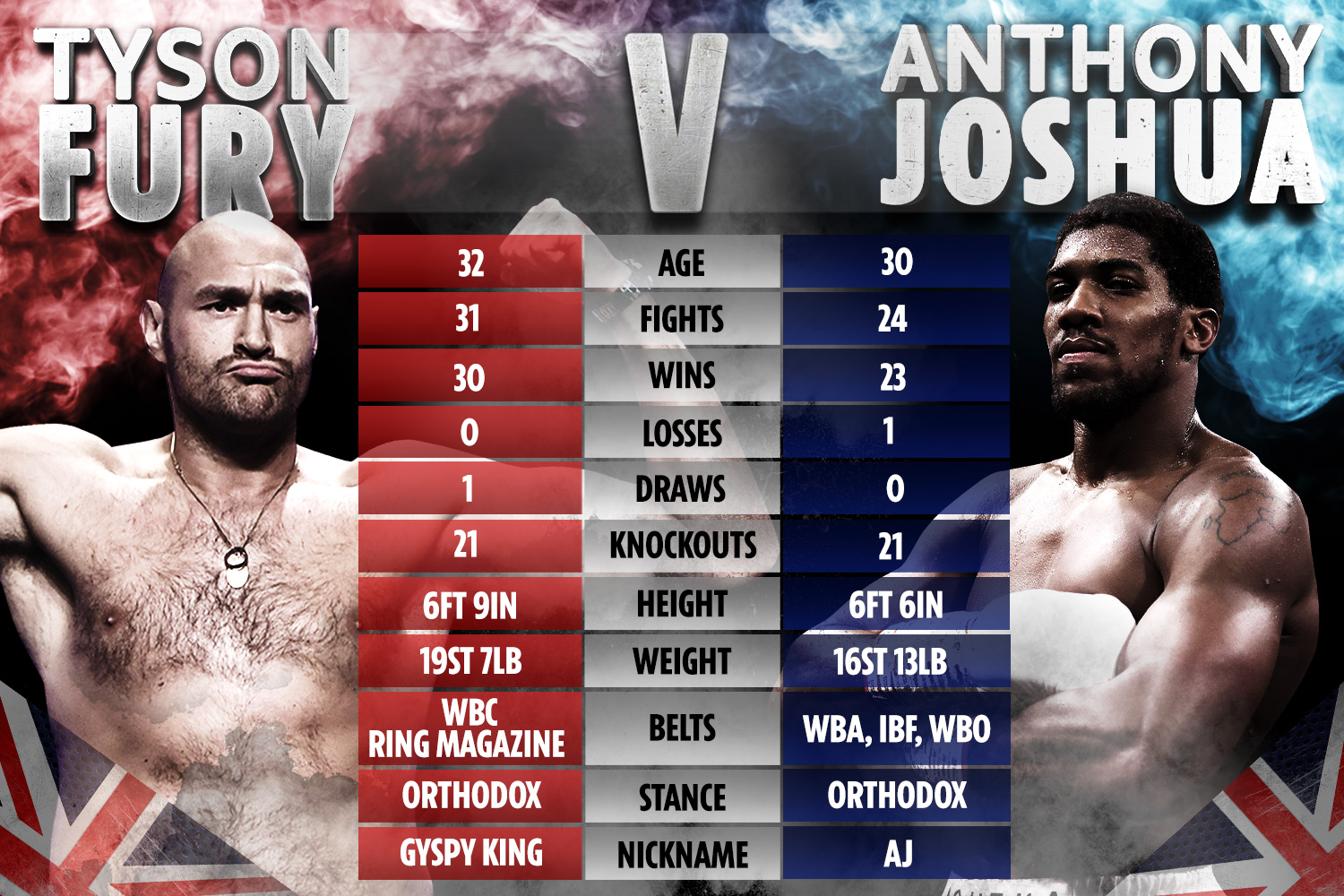 And Joshua believes Fury’s list of top-tier opponents should be longer considering his 12-year career.

“Over a long period of time, a career that has spanned 12 years, I would have liked to have seen him in some more challenging competitions.