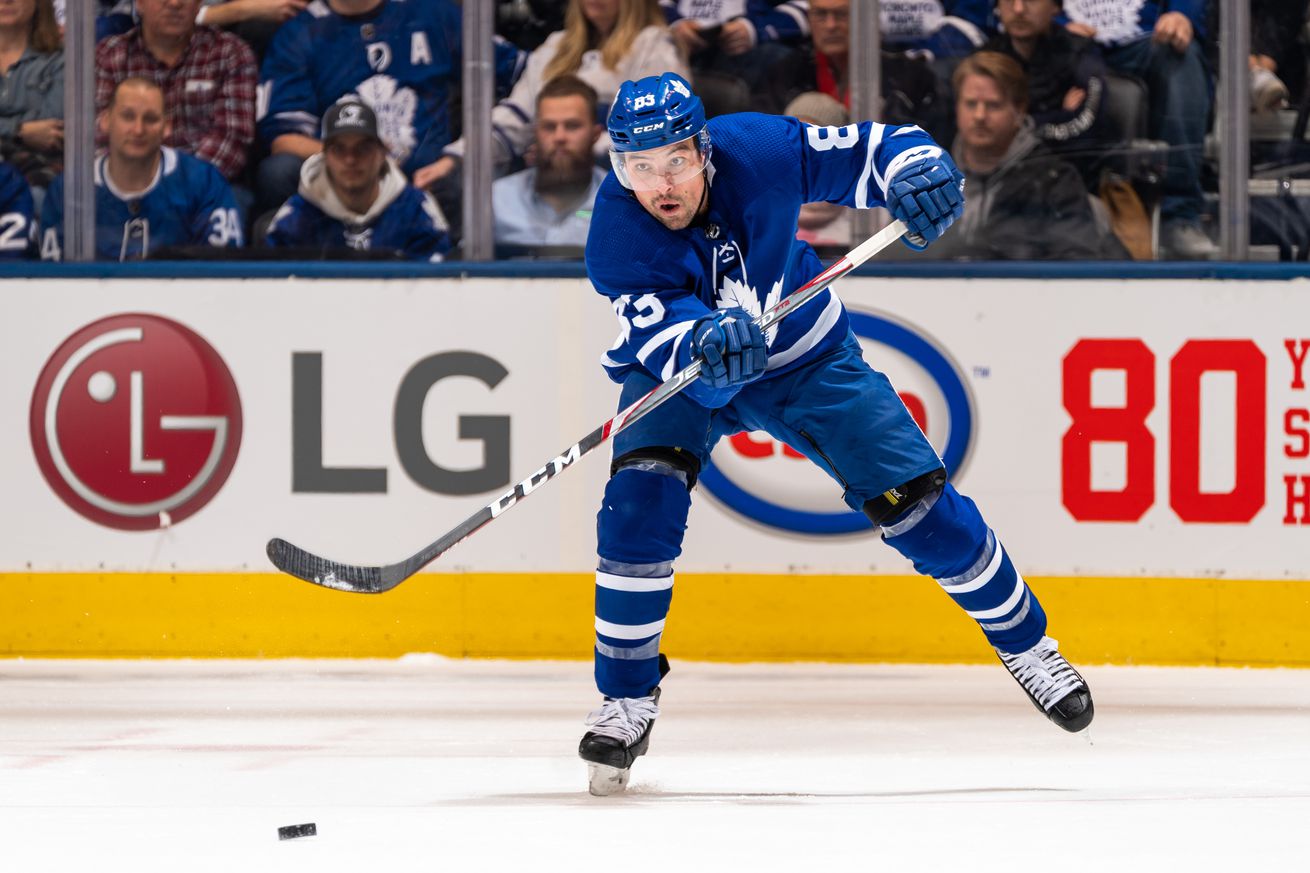 And just barely biting down on good riddance.

We’re still over a week out from Canadian Thanksgiving, and who knows how far away from American Thanksgiving, but this week I am going to just go ahead and say that I am very thankful for this news:

Pierre LeBrun on First Up 1050: “This won’t shock anyone, I’m not dropping any news here ... I was told by a source yesterday that Tyson Barrie and Cody Ceci know that they’re headed to market and not re-signing with the Maple Leafs.” #LeafsForever

This is still very much news of the “never say never” genre, but I’ll take it!

Could Tyson Barrie have worked out under different circumstances? Was it all down to a bad start and shaken confidence under Babcock? Was it the city? The Newfoundland training camp? Kissing the cod? Was it just a bad fit overall? Maybe it was all of those factors, maybe it was some of them, maybe it was something else entirely... all I know for sure is that I’m perfectly content at the thought of not seeing him back in the blue and white next year.

Cody Ceci, I mean. Like. It was what it was from the start. At least we’ll always have this:

Bursting your fantasy trade bubble
Don’t worry, we do it gently*.
*No we don’t

Back to Excited Episode 119 - Cup Finals and Pietrangelo
Sure the Lightning won the cup, blah blah, but the real story is if the Leafs should hitch their wagon to the hottest UFA out there.

Henrik Lundqvist Officially Bought Out By New York Rangers
The end of a remarkably long era.

A first look at some of the unique elements of the remote draft:

This is great: I’ve been told the NHL is sending every team’s hat to potential first-rounders so they can wear their new team’s logo when they get drafted this year, even though it’s remote.

The Leafs will not be extending a qualifying offer to recent acquisition Evan Rodrigues:

From @CraigCustance: The Leafs will not issue a qualifying offer to recently acquired RFA Evan Rodrigues. https://t.co/0JujzzGJ8G pic.twitter.com/F0e71qEZQ6

And that’s all! Happy almost-Friday everyone!