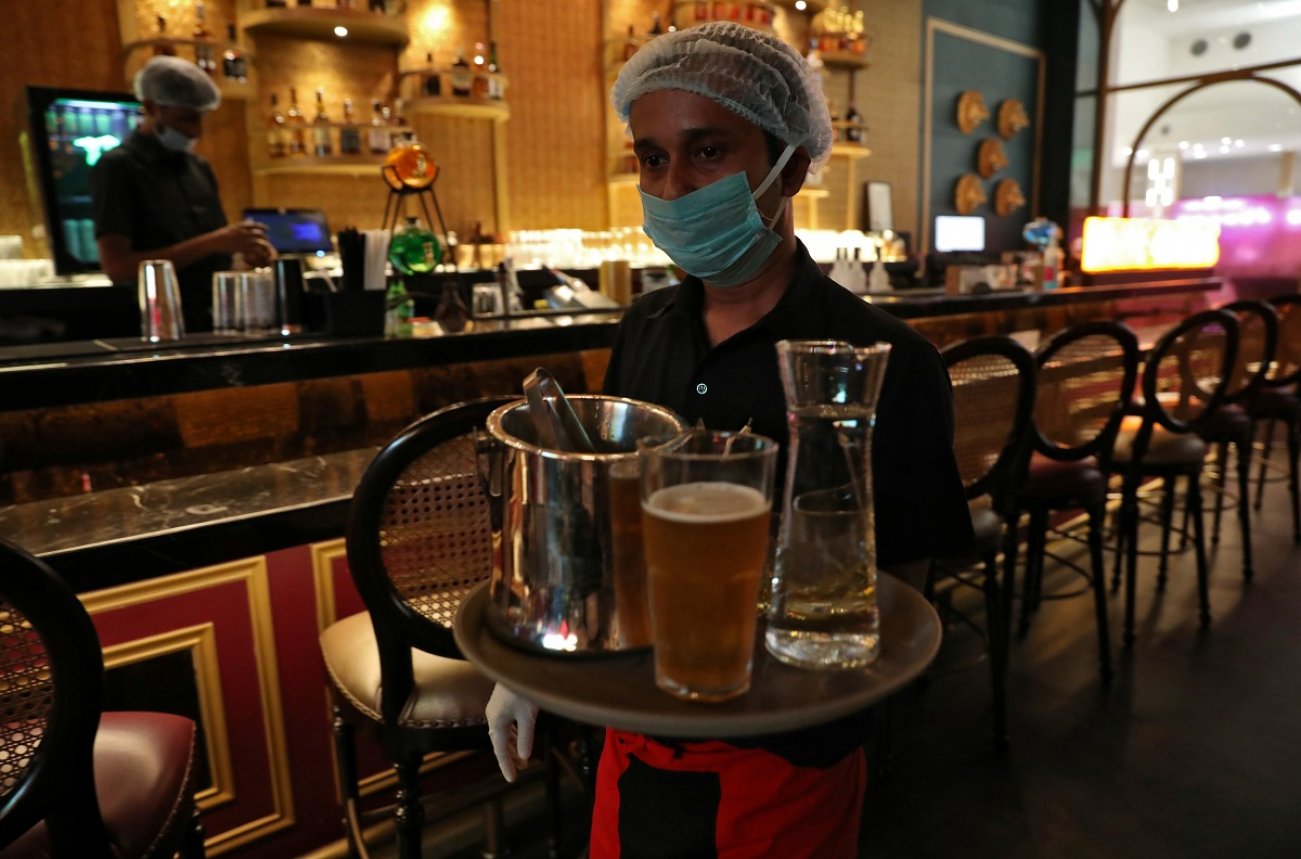 Medical experts are becoming more concerned as winter approaches because that might mean fewer people will be eating and drinking in outdoor spaces.

States that allowed bars to reopen during the ongoing pandemic saw their coronavirus cases double within three weeks on average, according to a new analysis from The Washington Post.

The study, which tapped into cell-phone tracking data and the coronavirus (also known as COVID-19) case reports, found “a statistically significant national relationship between foot traffic to bars one week after they reopened and an increase in cases three weeks later,” the analysis noted.

“Anybody who had been in bars knows that conversations get louder, people get closer.”

Two of the states—Colorado and Louisiana—publicly share their contact-tracing data, and the paper discovered that roughly 20 percent of new cases in each state originated from bars and restaurants.

In Minnesota, health officials have tracked 1,592 cases to sixty-six local restaurants and bars, while San Diego, California, was able to trace back a third of all cases to those establishments.

Currently, bars are open in some capacity in forty-two states.

Medical experts, however, are becoming more concerned as winter approaches because that might mean fewer people will be eating and drinking in outdoor spaces.

“Winter is coming, and I’m staring down the barrel of the gun of what’s going to happen,” Ivy Mix, the owner of Leyenda restaurant in New York, told the paper.

This particular study comes days after the U.S. Centers for Disease Control and Prevention released a report that found that coronavirus-positive patients are twice as likely to have dined at a restaurant in the two weeks prior to their positive test.

“In addition to dining at a restaurant, case-patients were more likely to report going to a bar/coffee shop, but only when the analysis was restricted to participants without close contact with persons with known COVID-19 before illness onset,” the researchers wrote.

The study examined more than three hundred adults who showed symptoms of the virus and sought testing at one of eleven designated facilities across ten states in July. Of the study’s participants, 154 tested positive while 160 tested negative and served as a control group.

The researchers also revealed that 71 percent of adults infected with the virus and 74 percent of those who tested negative reported always using a face mask or covering while in public.

Ethen Kim Lieser is a Minneapolis-based Science and Tech Editor who has held posts at Google, The Korea Herald, Lincoln Journal Star, AsianWeek and Arirang TV. Follow or contact him on LinkedIn.