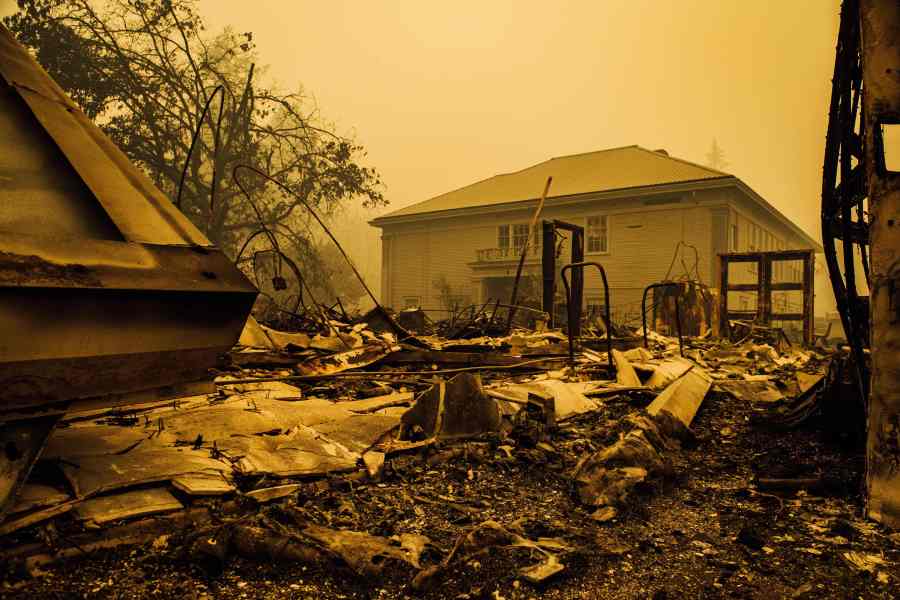 Check back for live updates throughout Wednesday

PORTLAND, Ore. (KOIN) — Firefighters continue to battle dozens of wildfires around the state of Oregon that have displaced thousands of people, taken the lives of at least 8 people and made the air in the Portland metro the worst in the world for days.

Here is the latest information for Wednesday, September 16, 2020:

Officials monitoring the Riverside Fire in Clackamas County said Wednesday the blaze is 3% contained but that a dry forecast could slow down firefighters’ efforts.

Crews are scheduled to continue to work Wednesday from the North Fork Reservoir near the community of Estacada to the Dickie Prairie area along the southwest edge of the fire — a stretch of more than 28 miles.

The fire area will continue to remain dry with no measurable precipitation anticipated for several days, according to officials. The weather–combined with record dry forest conditions–will continue to allow the fire to slowly creep in remote and backcountry areas such as the Roaring Fork Wilderness.

Prisoners back in their own facilities

When the wildfires erupted, many prisoners were moved from 3 threatened Oregon Department of Corrections facilities to others on a temporary basis. On Wednesday, officials said all the adults in custody have been returned to their home facility — either the Oregon State Correctional Institution, the Mill Creek Correctional Facility and the Santiam Correctional Instituion.

A total of 1370 prisoners were evacuated and returned.

All Level 2 evacuations have been removed in Lincoln County as crews continue to get ahold of the Echo Mountain Fire Complex. The blaze is now 40% contained and remains at 2,522 acres.

The current Level 3 evacuation area remains in place, aside from the Highway 101/18 interchange and the residences between milepost 0 and 5 — that area has now been downgraded to a Level 2. ODOT has reopened Highway 18, but expect some delays at this time.

In order to help repair infrastructure damage caused by raging wildfires across the state, the U.S. Department of Transportation’s Federal Highway Administration has allocated $5 million in emergency funds for Oregon.

According to the Federal Highway Administration, the “quick release” emergency relief funds will be immediately available. Highways, bridges, traffic control devices, guardrails and other transportation hardware have seen severe damage as a multitude of wildfires have swept across Oregon. Furthermore, the department says over 200 miles of federal-aid highway system remains closed.

The Marion County Sheriff’s Office is planning to hold a press briefing around 9 a.m. on Wednesday morning. During the press conference, the MCSO will discuss the ongoing firefighting efforts against the Beachie Creek and Lionshead fires raging in the county.

Later in the day, the Clackamas County Sheriff’s Office will hold a press conference of their own to discuss the Riverside Fire. The conference will be held at 3 p.m.

KOIN 6 News will livestream both briefings online and on-air.

Dozens of schools around the region remain closed as wildfires continue to rage across the Pacific Northwest. Thousands of families have had to evacuate their homes while others have experienced internet connectivity issues due to power outages. Find a full list of school closures here.

The air in some spots around the Oregon Coast is clearing up Wednesday morning. However, the Portland metro and the valley are still seeing unhealthy air quality.

Portland water is safe to drink

On Tuesday, the Portland Water Bureau said drinking water is safe and has not been impacted by the wildfires burning in Oregon, despite rumors claiming otherwise.

“…The Portland Water Bureau has been carefully monitoring the turbidity of the water and has not found any measurable difference since the fire started.”

The ODA Animal Tracker is meant to assist Oregonians looking for animals displaced during the wildfires. This tracker is not intended to replace existing systems already in place at county animal shelters. In order to make the database work, animal shelters, private citizens and groups caring for animals without known owners can email the Oregon Department of Agriculture with information and photos. That information will be added to the database and continuously updated. Therefore, owners are asked to visit often if they don’t see their animal listed.

How the Chehalem Mountain Fire started

“An improperly extinguished campfire on private property” is what sparked the Chehalem Mountain – Bald Peak Fire that consumed 875 acres, TVF&R said Tuesday. As a result of dry fuels, low humidity, high winds as well as steep and rugged terrain, the fire spread very quickly and proved very challenging to fight.

Air Quality: Air quality levels, which were hazardous over the weekend, are expected to remain at unhealthy levels for much of Monday
INTERACTIVE MAP: Air quality conditions in Oregon

Shelters: Shelters are set up around the state, including some that take livestock
LIST: Temporary shelters as wildfires rip through Oregon

The Associated Press contributed to this report.