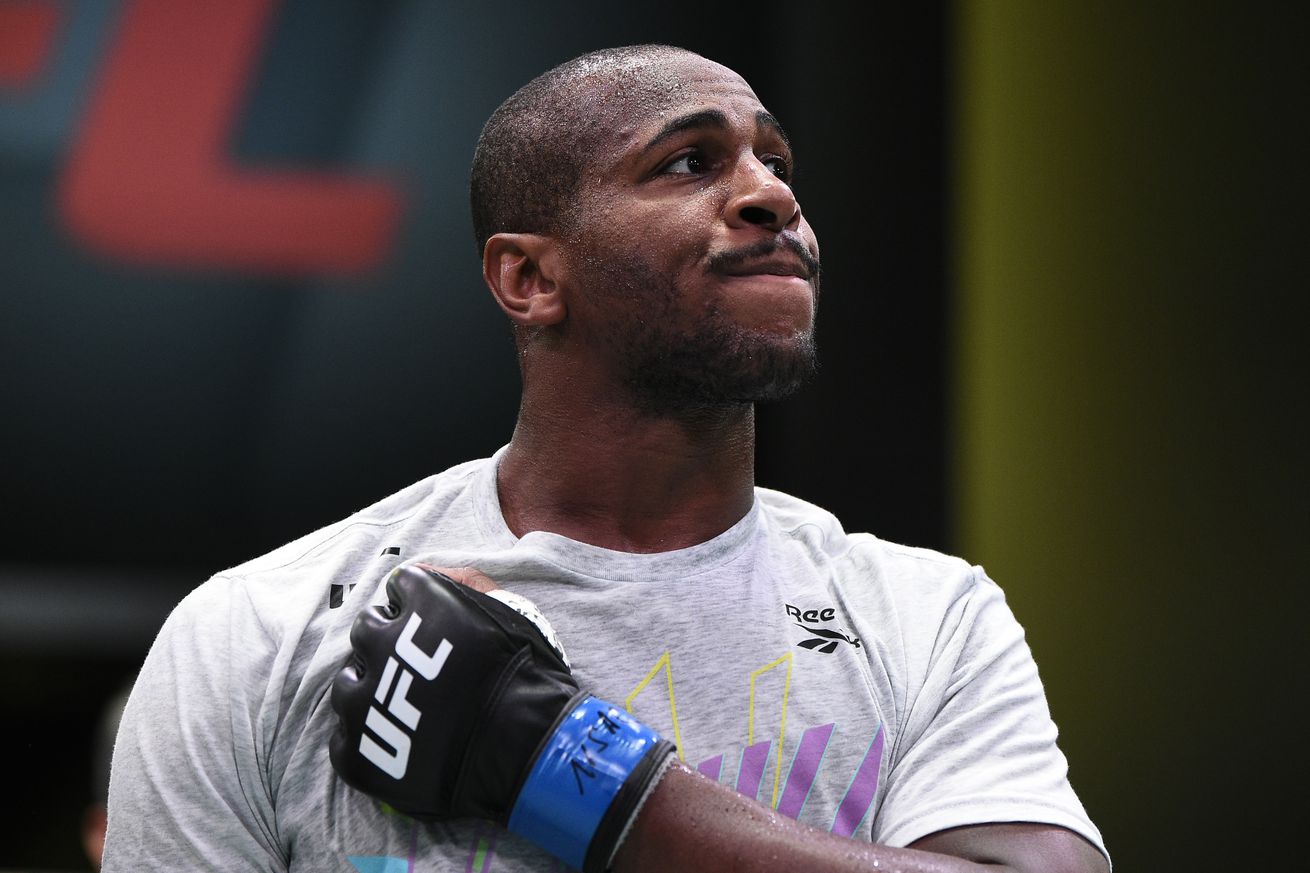 Referee Chris Tognoni stirred up a bit of controversy over the weekend when he made a questionable call during round two of the Mike Rodriguez-Ed Herman fight at UFC Vegas 10. What he thought to be a groin shot turned out to be a clean knee strike to the body.

Herman ended up winning via a last-ditch kimura in the third round, but many including UFC president Dana White weren’t happy with the result. As Tognoni expectedly got some heat, so did Herman.

Rodriguez, however, is ready to move on.

“I would just say it happened, it was an awkward moment in our sport,” the 31-year-old fighter told MMA Fighting’s Mike Heck. “We should just accept it and just move right along. Don’t send Ed Herman no hate messages or anything. Please don’t. He’s a good dude. All he did was get an opportunity and he just capitalized on it. That was it.”

Rodriguez apparently had the same problem in training where his knee strikes landed lower than it should. He initially thought it had happened again during the fight with Herman, until he saw the replay during the lull.

“Something told me to look up at the screen, because my corner was like, ‘this is bullsh-t!’ So I look up the screen, I’m like, ‘Oh, that was all liver,’” Rodriguez explained.

“At first, I did get my emotions involved in it, that he was milking the clock. But then, I was like, ‘you know what? We gotta fight. We’re still fighting.’ They’re giving him five minutes, you take this five minutes, you rest, calm your heart rate down, and let’s get back in there. So I had to look at it as that. Like, the show must go on. It’s whatever.”

Despite the official result, Rodriguez remains firm in his belief that he did beat Herman. But looking at it in hindsight, he’s simply happy to show everyone what he’s capable of.

“The one thing I’m more excited about, that I’m happy about, is that everybody saw me perform. And everybody loved my performance,” he said. “That was the one thing I really cared about. Everybody. I haven’t heard a single bad thing. Everybody was like, ‘man, you were performing out of this world, you were on fire.’”

With two of his previous fights taking place within three weeks from each other, Rodriguez says he is ready to bounce back and take another one within the year.