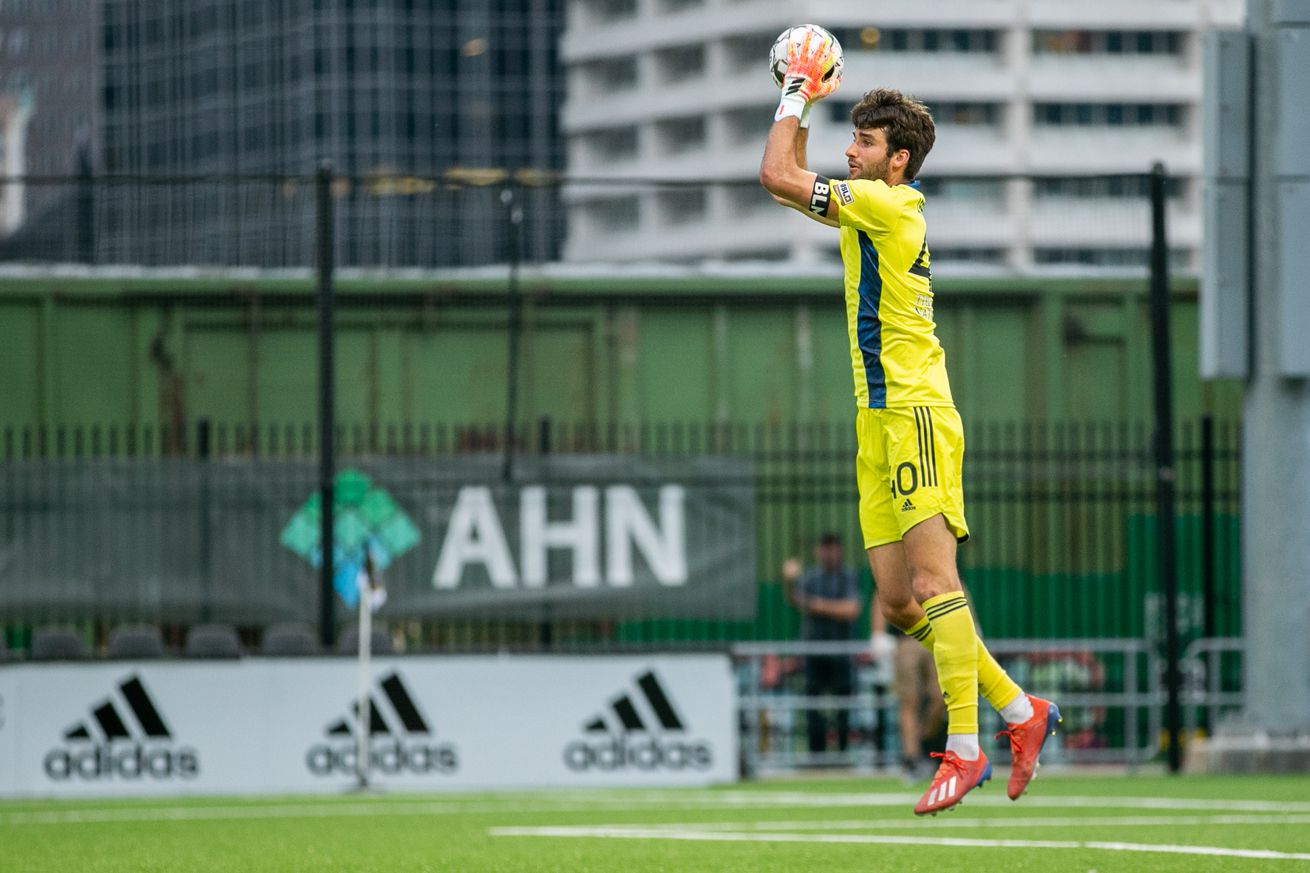 Loudoun return to where 2020 started, looking to break the tie vs. U2

The surreal nature of 2020 in sports has a small degree of closure for Loudoun United tonight as they return to Pennsylvania for the first time since before the Covid-19 pandemic caused the shutdown of USL Championship play for several months. Both Loudoun and their opponent (the Philadelphia Union II) are at the bottom of the Group F standings and a loss for either would effectively render any hopes of advancing out of the group moot. But they continue to battle one another in their strange series of matchups, and following the last one where a record was tied, it will be curious to see what happens tonight.

In his third straight start Saturday (against this same Union side), Lefebvre tied a USL Championship record, making 13 saves in the 1-1 draw and receiving Player of the Week honors to boot (the team spent some time with him as well). Presumably Loudoun won’t go down to 10 again so early this time, but Lefebvre should remain positionally sound for the ponies to try and get a win.

Projected Loudoun starting 11/who D.C. loans: Wouldn’t expect any on the latter quite yet, but Loudoun weirdly will be close to having everyone back to play. Adam Lundegard sits to his two yellows Saturday and newly signed Diego Gomez-Ochoa played well, so that may be another interesting wrinkle as far as the lineup goes, whether he displaces Shane Wiedt or Timmy Mehl tonight. Joshua Fawole and Massimo Ferrin should be good to go, and it’s a question of how much they get pushed before Loudoun hosts Pittsburgh Saturday. With Michael Gamble out tonight due to a stoppage time red, Christian Sorto may get a longer look tonight also.

The goalscorer in Saturday’s game, the forward looked a lot more dangerous than a kid who does not turn 17 until December. He flubbed a couple of chances, but also Lefebvre was playing phenomenally as well. Whomever has the honors as the center backs for Loudoun tonight will need to keep their eyes on him as well as midfielder Axel Picazo, who isn’t afraid to put shots on target (6 of 7 last time these two played).

Referee: As of Tuesday night, not yet announced.

Available streaming: ESPN+ (click to subscribe to ESPN+, and your friends at B&RU get a little bit of cash!)

What are you drinking?: The last time I said this for these two at this venue, I said water since it was pre-Covid and I saw my Dad and stuff. And while I don’t get to do any of that this time, the water stays the same, since I have some packing to do for a trip this weekend, gotta keep the focus.

This is the place for all your pre-game, in-game, and post-game discussion.