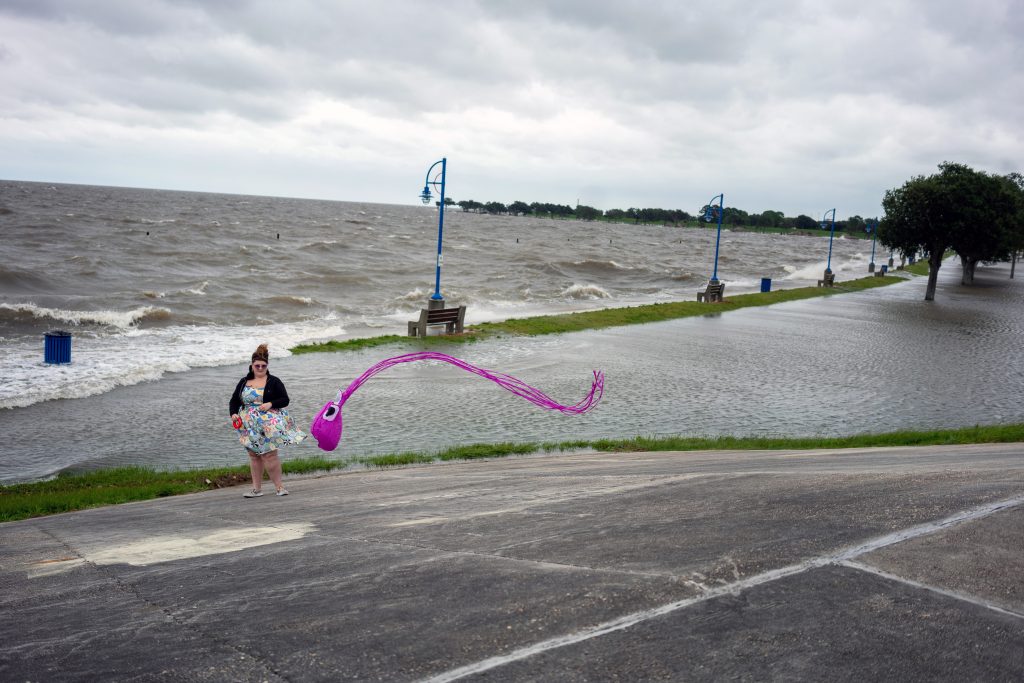 Hurricane Sally brought heavy winds and massive flooding as it landed on the U.S. Gulf Coast on Wednesday morning as a Category 2 hurricane, the latest in what has been a busy season of dangerous storms in the United States.

Some parts of the Gulf Coast have already been inundated with more than 18 inches of rain in the last 24 hours, with more precipitation expected throughout the day even as the storm’s winds slow. Parts of Pensacola, Florida, were swamped with floods as high as five feet, the National Hurricane Center said.

The region could see as much as 3 feet (90 cm) of rain, as the storm moved at a slow 4 mile-per-hour (7 km-per-hour) pace toward the Alabama-Florida border, similar to other recent U.S. storms that caused massive flooding and property damage.

More than 500,000 homes and businesses were without power in Alabama and Florida early Wednesday, according to local utilities, with more outages expected.

Upon landfall at Gulf Shores, Alabama, winds were clocked at 105 mph (165 kph). At the Gulf State Park, a section of the pier broke, according to local media.

Officials across the South called on residents of low-lying areas to shelter away from rain and winds.

In Pensacola, wind gusts clocked 77 mph (125 kph) on Wednesday, and images on social media showed major floods. One witness reported hailstorms in the city as well.

Winds were also strong in Mobile, Alabama, where windows shook downtown, and trees and power lines swayed. Dexter Hart, who lives near the city, relocated to a hotel in the area because his house is surrounded by trees.

“We’ve only got one name left,” said Jim Foerster, chief meteorologist at DTN, an energy, agriculture and weather data provider, referencing the procedure to name storms. “That’s going to happen here soon, Wilfred, and then we’ll be into the Greek alphabet.”

Damage from Sally is expected to reach $2 billion to $3 billion, said Chuck Watson of Enki Research, which tracks tropical storms and models the cost of their damage. That estimate could rise if the heaviest rainfall happens over land, Watson said.

Ports, schools and businesses were closed along the coast as Sally churned. As the storm track shifted east, ports along the Mississippi River were reopened to travel on Wednesday. But they were closed to vessel traffic from Biloxi, Mississippi, to Pascagoula, Florida.

Energy companies also shut more than a quarter of U.S. Gulf of Mexico offshore oil and gas production, and some refiners halted or slowed operations.

Photo: Eric Dier awards his Man of the Match award to the toilet after disaster almost struck against Chelsea