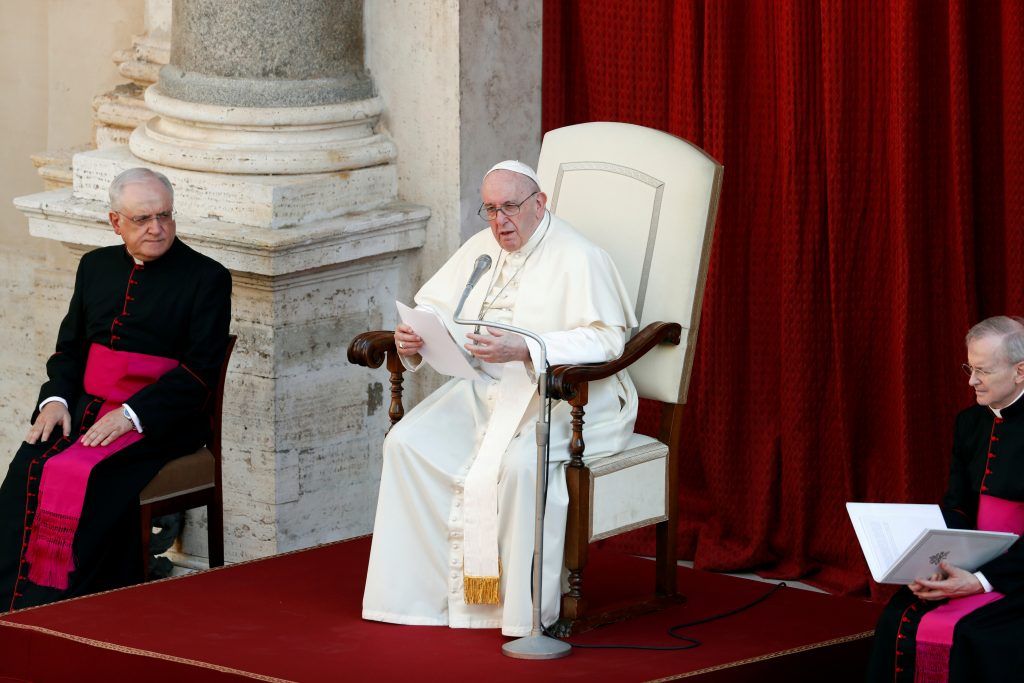 Pope Francis on Wednesday paid tribute to an Italian priest killed by an immigrant suffering from mental illness, while far-right politician Matteo Salvini called for a “vendetta”.

Father Roberto Malgesini, 51, who cared for immigrants and other needy people in the northern city of Como, was found dead from a stab wound outside his residence on Tuesday morning.

A Tunisian immigrant who police said was mentally ill later turned himself in to authorities.

Speaking at the end of his weekly general audience, Francis said Malgesini was killed “by a needy person who he himself was helping, a person who was mentally ill”.

Francis praised the “martyrdom of this witness of charity towards the most poor (and) all the priests, nuns, laymen and lay women who work with needy people who are discarded by society”.

He then asked the audience of about 500 people in a Vatican courtyard to observe a minute of silent prayer for Malgesini.

Salvini, leader of the anti-immigrant League party and a former justice minister who has sparred with the pope on immigration issues before, mentioned the priest at a political rally in northern Italy on Wednesday morning.

“The fact that yesterday morning in Como a pastor was stabbed by an immigrant who should have been expelled is something that ought to make everyone cry out for vendetta,” he said at the rally, according to the Italian news agency Ansa.

Nicola Frantoianni of the Italian Left party attacked Salvini, accusing him of “squalidly” exploiting the priest’s killing to “inject new poison in the veins of Italian society”.