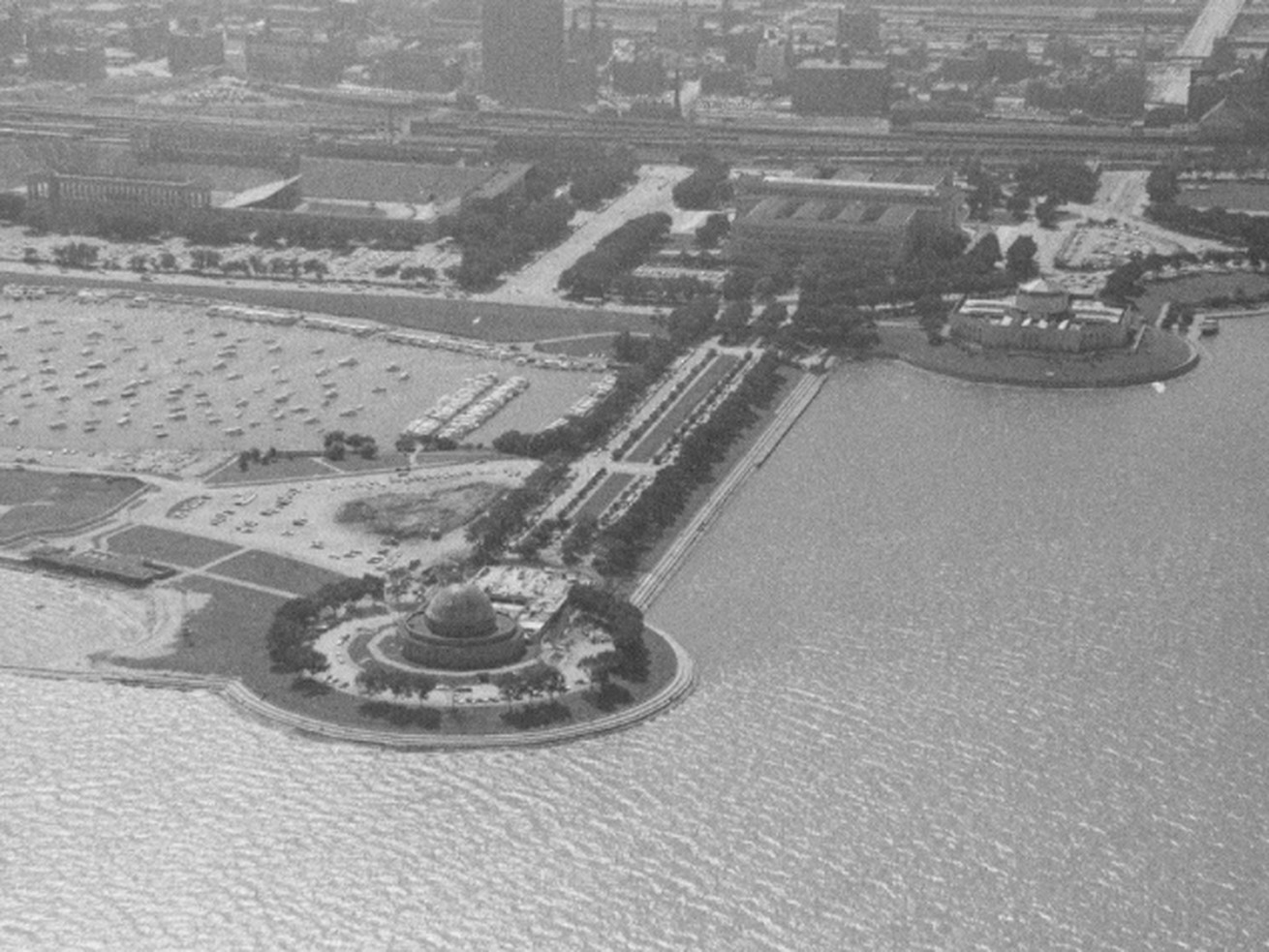 At Adler Planetarium, shown here from the sky on Aug. 10, 1972, Chicagoans look to the stars, planets and moons. On Sept. 14, 1959, they paid special attention to the moon. The Soviet Union’s Luna2 struck the moon just two minutes and 24 seconds after midnight Chicago time. “The rocket carried pennants bearing the Soviet hammer-and-sickle emblem,” a report in the Chicago Daily News said. The front page of the paper asked Chicagoans: “Will Reds stake out lunar claim?” | Howard Lyon/Chicago Sun-Times

On Sept. 14, 1959, the Soviet Union’s Luna 2 struck the moon, leading many Chicagoans to wonder if the Russians would beat the United States to the moon.

Chicagoans picking up their newspaper on Sept. 14, 1959, likely spat out their coffee at the newsstands. In big letters, the front page of the Chicago Daily News asked readers: “Will the Reds stake out lunar claim?”

Just after midnight Chicago time, the Soviet Union’s Luna 2 became the first rocket to land on the moon, but for all their big, block letters, the Daily News wouldn’t give the Russians too much credit.

“The Russian’s 854.8 pound sphere hit the moon almost dead center,” the report said, “and only 84 seconds off schedule.”

“The rocket was unmanned, but the Soviet press and radio hailed its flight — the first man-made object to travel from one cosmic body to another — as a forerunner of early manned flights into space,” the report said.

So could the Soviet Union claim sovereignty over the moon? Unclear, but unlikely, since the ship was not manned, the Daily News assured readers. The question of “sovereignty over heavenly bodies” would be up to the United Nations.