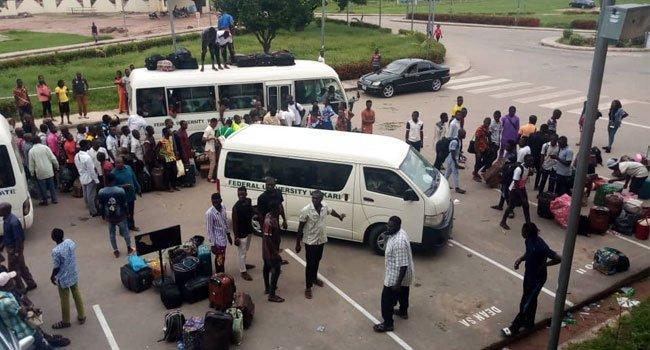 The Executive Secretary of the National Universities Commission (NUC) Prof. Abubakar Rasheed has assured that the Federal University Wukari in Taraba would get approval for the establishment of a faculty of medicine before the end of the year.

Rasheed disclosed this on Tuesday while inaugurating more than 30 newly constructed projects funded by TETFund and undertaken during the tenure of Prof. Abubakar Kundiri as the Vice-Chancellor of the University.

The Executive Secretary stressed that a team of experts from the NUC would soon embark on an assessment visit to Wukari to evaluate facilities and the level of preparedness of the institution for the program.

“The Vice-Chancellor has been on the neck of the NUC for approval to establish the faculty of medicine, and from the number of completed projects and facilities I have seen on the ground today, I am convinced that the request is genuine and on course,” he said.

Prof Rasheed who described Kundiri as one of the best performing Vice-Chancellors in Nigeria urged him to represent requests within the next one week as a follow up with the NUC.

Earlier in an address of welcome, the Vice-Chancellor of Federal University Wukari, Prof Abubakar Kundiri, explained that when he took over the Institution in 2016, it was lagging behind in infrastructure as well as accreditation of courses.

However, he said, as of today about 27 of its courses were fully accredited.

He said he has also completed at least 30 projects worth billions of naira within the period of his first tenure that ends in February 2021.

He named some of the commissioned projects to include buildings for all faculties; academic staff offices; academic staff quarters; students hostels; university library, information, and communication center; laboratories; convocation square; sports facilities; municipal facilities such as water, roads, electrical and other installations among many others.

“Through the support of TETFund, we have continued to transform the face of the University towards meeting our goals of development to a world-class University that is dedicated to meeting the human resource and research requirements of Nigeria and the global community”, Kundiri said.

“These have further helped to strengthen our drive and commitment of our staff to teaching, research, and community service.

“As these projects are commissioned, we would like to assure the Executive Secretaries of NUC and TETFund as well as members of the National Assembly and other friends of the university that we will always be alive to our mandate.

BusinessDay gathered that the NUC Executive Secretary was accompanied to the project inauguration by his counterpart from TETFund Prof Suleiman Bogoro, Chairman of Governing Council of the University Laurence Ngbale, and Chairman House Committee on Tertiary Institutions Suleiman Goro, the Aku-Uka of Wukari Shekarau Angyu among several other dignitaries.

What you need to know about the Morgan Plus Four