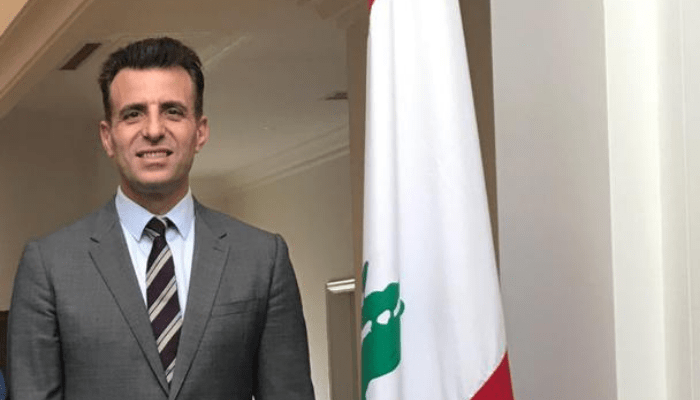 Lebanese Ambassador to Nigeria, Houssam Diab, says despite the setback caused by Covid-19, his country’s Diaspora investors can engage Nigerian Diaspora investors to harness the vast network of wealth between both countries to boost trade volume for their benefit.

In this Interview with INNOCENT ODOH, the envoy also explains why Lebanon stopped a category of visas to Nigerians, stressing that some Nigerian travel agencies have used the opportunity to send many migrant female workers to his country, which later became a problem and needed to be stopped. He also speaks on sundry issues. Excerpts:

What‘s the current level of bilateral relations between Lebanon and Lebanon?

Nigeria and Lebanon have long-standing bilateral relations and I will say the crux of this relationship is made by the Lebanese community. The Lebanese community came to Nigeria from the turn of the 20th century and became well established in Nigeria. Lebanon and Nigerian diplomatic relations started in the 70s and our embassy was in Lagos and when the new capital, Abuja was built we moved with other diplomatic missions.

Now, on the business level, I would say that trade relations between Lebanon and Nigeria have to be improved. It is not to the level that will inspire confidence. Of course, steps are to be taken for this relationship to develop and one of these steps is signing the right bilateral agreements.  Since I resumed here two and half years ago, there is almost no bilateral agreement especially in trade. So, we have proposed seven such MoUs that hover around economic and trade relationships. But of course paper work is agreement on something but it also needs to be backed by initiatives and these initiatives are driven by business and the private sector. So, we have to create an incentive for both the private sector to invest whether in Lebanon or in Nigeria.

I think both the Lebanese and the Nigerian Diaspora can play a major role in this. The Lebanese Diaspora community especially in Africa has a long history and they are known for their businesses, factories and their expertise in the business field. They can work with the Nigerian Diaspora to harness this wealth of connections that they have in Africa to establish some investment. I think we can work a lot along this idea.

Unfortunately we were working on such an idea with our both ministries but the current situation in Lebanon –the Covid -19 and the economic downturn has postponed everything.  But I am sure the time will come soon where we need to organize ourselves around this idea to benefit the two countries. Sometimes good ideas come in times of crisis.

Can we have a specific figure of trade volume and investment between both countries?

I think trade balance tilts towards Lebanon but from 2011 it hovers around $64 million but it went down in 2019 to 22 million. 2020 is still in the process but I will say it will go down further because of the economic situation in Lebanon. So, as you can see the level of trade is very small.

To what will you attribute the shortfall from $64 million to $22 million?

The economic situation in Lebanon has taken its toll on businesses. In the past years, the world economy is hurting and Nigeria, as part of the world is also facing some challenges with the fall of the naira in 2016 and a lot of Lebanese companies were hurt by this shortfall.  This has affected their imports of materials because most Lebanese companies in Nigeria are in the construction business and most materials that were traded were in this field of construction. So, eventually the level of trade of these materials came down.

Nigerians have migrated in large numbers to your country in search of job opportunities but many of them have returned due to the Covid-19 pandemic. How has the pandemic affected your economy?

Lebanon’s economy was already hurting; we suffered a harsh economic downturn that affected the banking system.  As you know Lebanon benefits from the remittances of its Diaspora which constitutes almost 20% of its GDP and you can imagine that when the banking sector suffered, these remittances have stopped, and on top of that Covid- 19 came to make things even worse.

Now, Lebanon has big unemployment of over 40%, the Lebanese Lira lost almost 70% of its value compared to the dollar, poverty is over 40% and this is unprecedented in Lebanon.   On top of that Lebanon is facing a refugee problem. Due to the Syrian crisis, Lebanon has received over one and half million Syrian refugees. You can imagine the impact of over 1 and half million refugees on a population of four and half million economically and socially. So, all these have culminated into a real economic crisis in Lebanon but the government is trying to fix the crisis and to also address the political differences in Lebanon. We have a new Prime Minister that has been nominated and hopefully more consensus can be forged. So, we are hoping that we will bring immediate reforms to mitigate the crisis.

The explosion in Beirut that killed almost 200 people and left about 70,000 houses destroyed has created a humanitarian crisis. How are you coping with this disaster?

The Beirut Port explosion has added tremendous set back to Lebanon both on the humanitarian level and the economic level. The explosion devastated a large area of Beirut and so far the toll is around 200 dead and over 6,500 injured. The Port itself, which is the main artery of the economy, has been badly damaged. The devastation is so great that almost 300,000 people have been displaced. So, the international community whether governments or NGOs have come to the help of Lebanon and this has demonstrated the level of humanitarian aid that was mobilized to provide basic needs to the people.

The international community has been very generous in attending to Lebanon’s demands, but of course this is not enough. Over 7 billion dollars is needed to rebuild what has been destroyed and that means we need international donors, and  to have a kind of Marshal plan  for Beirut to bring it out of its ruins and back to life especially at this time. We are in the process of putting a reform plan submitted to the IMF for the government to be able to bring the much needed financial assistance from IMF and the international community especially from Paris donors’ conference.  This financial aid is however, conditioned with much needed reforms.

You imposed visa restrictions on Nigerians to stop the migration of mostly Nigerian girls to Lebanon to engage in domestic work.  The agencies doing this might change their tactics i.e start smuggling the girls illegally to Lebanon. How do you intend to tackle this?

Let me say first that it is unfortunate that the issue of domestic workers of Nigeria happened because I want to bring you back to the relationship between the Lebanese community and the Nigerian community.  Here in Nigeria I have served for 2 and half years and can tell that the Lebanese feel at home and they feel that this is their home and they see Nigerians as their own people.  A lot of well to do Lebanese families took Nigerians that work for them to Lebanon and treated them like family.  This was how originally the migration of the workers to Lebanon started to develop.  This was a social interaction between families. But now this has been tarnished by Nigerian agencies that take advantage of these ladies to Lebanon.

These are agencies that take three to four months of the salaries of the girls, so, you can imagine how the girls can go for the first four to five months without being paid as all their salaries go back to the agencies, which often misled these ladies.

The agencies have been obtaining work visas for the girls directly by contacting the Lebanese agencies in Lebanon to arrange for their work visas. It is the Security General that is responsible for issuing visas. So, they bye pass the embassies and consulates here in Nigeria. Actually we did not know about these Nigerian girls going to Lebanon because they did not go through us. What I have done is that I have asked the Security General to stop these work visas for domestic workers especially women so that we can at least stop the problem so that now any Nigerian that needs to go to Lebanon needs to come through the embassy or the consulate in Lagos or the consulate in Kano.

Usually diplomatic missions know better how to deal with the matter and know who is genuine and who is not.  In Lebanon they lack this knowledge because if the papers are legal the Security General will issue you a visa.  But we have changed that now. As of May 1, 2020, the Security General has issued a circular to stop all visas for Nigerian lady workers and the problem has stopped. Now to bye- pass it will be difficult because there is no border between Lebanon and Nigeria, the only way is to fly and to fly you need a visa. We have stopped the problem and now we are dealing with the existing cases and from these cases we have brought back over 500 Nigerians.

As the ambassador in Nigeria, I have worked with the Lebanese community and they were very happy to help bring back the girls. I would say 90% of the girls were stranded because they could not afford the air tickets. As you know because of the economic situation in Lebanon, compounded by the Covid-19, the girls were left stranded as they could not get help from their employers.  That is why the Lebanese community stepped in to bring them back. The airlines also sponsored them or gave them over 60% discount of the tickets. So, we have been able to bring back 500 of these girls.

Lebanon just marked its centennial celebration. In a few words, how would you describe Lebanon in the last 100 years?

I must say you came on the day Lebanon is celebrating 100 years of its formation.  In 1920, Lebanon was announced as great Lebanon under the French mandate. Then in 1926, we had the constitution and 1943 was when we got our independence and in 1989, we had our second constitution. You know that Lebanon was plunged into civil war in 1975, which ended in 1989 with the agreement for the constitution.  Today there are reforms as to the constitutions and the amendment, especially in parliamentary elections with a non-sectarian base that is faster to civil government. So, we are confident that reforms will bring lasting stability to Lebano

US experts ‘cutting no corners’ to finalize vaccine, Fauci says