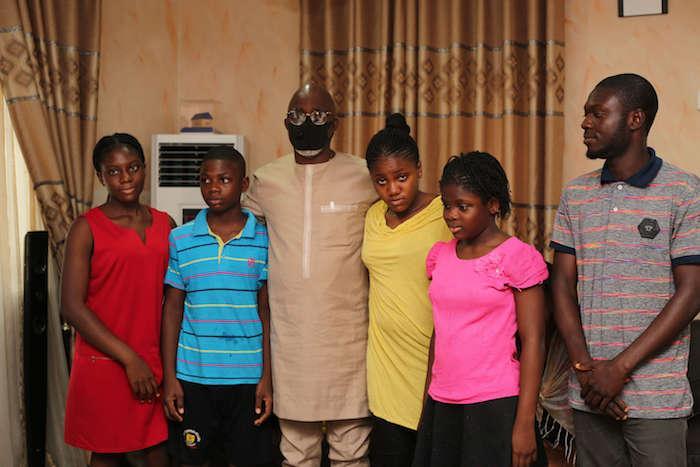 Brownhill Foundation, the Foundation of President of the Nigeria Football Federation (NFF), Amaju Melvin Pinnick, will henceforth be responsible for the educational needs of the two most senior children of the late NFF Head of ICT, Tolulope Abe.

Making this pledge on a visit to late Abe’s residence in Kubwa, Abuja on Wednesday, Pinnick said similar arrangements would also be made for the other three children once they gain admission into higher institutions.

“Brownhill Foundation will start with the two children who are in the university already, and subsequently the Foundation will be ready to extend these to the other children once they enter higher institutions of learning.

“We are all very much pained by Tolulope Abe’s death. He was a very dedicated and loyal staff and will be very difficult to replace. He had very useful institutional experience and was also very committed and proficient in his job. Such men are at a premium. We will sorely miss him. He belonged to the category of individuals who believe in giving their very best to the success of their organizations.

“This family will never be abandoned. Whatever we can do for the other children before they get to higher institutions of learning, we will. That is the least we can do for a wonderful individual and member of staff like Tolulope Abe.”

Also speaking during the visit, First Vice President of the NFF, Barrister Seyi Akinwunmi said he was devastated by news of Tolulope’s passing and would only be ready and willing to assist the family in whichever way he could going forward.

The late Tolulope’s wife, Omobolanle and his aged mother expressed appreciation to the NFF President and his team for the kind gestures.

Also with the NFF President during the visit were Ademola Olajire (NFF’s Director of Media and Communications); Chikelue Iloenyosi (SA to NFF President), Ayo Olu-Ibidapo and Munnir Shittu (Staff of the NFF Communications Department).

The remains of Tolulope Abe, who died on Saturday, 29th August 2020, was committed to mother earth in Abuja last Saturday.