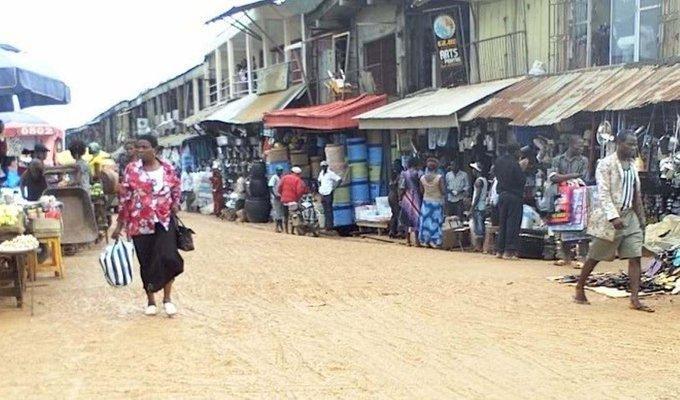 Traders at Ngwa Road Market, Aba, the commercial hub of Abia State, have decried the incessant harassment and intimidation, they face in the hands of market union leaders, following their refusal to pay illegal levies.

The traders, who brought their complaints to journalists in Aba, lamented that despite the directive of an Abia State High Court that only Government approved levies should be collected, the market leader is still insisting on collecting illegal levies from them.

BusinessDay checks revealed that many shops in the market are currently under lock because the shop owners refused to pay the N2000 “Fire Extinguisher” levy, imposed on them by market union leaders.

The traders however lamented that the same Fire Extinguisher they are being intimidated for, were paid for previously and nothing was supplied to them, which is why they do not see the current move, as genuine.

The traders on October 18, 2017, took Abia State government to court and joined the Attorney General and Commissioner for Justice, Commissioner for Solid Minerals and Environment, and the Aba South Local Government Chairman, over exorbitant levies and imposition of what they termed illegal taxes.

Abia government sometime last year announced that every payment to be made in form of revenue collection in all the markets has been brought under one unique amount of N18,000 termed consolidated revenue.

However, traders are lamenting that market union leaders are still collecting unapproved levies with the help of police, touts, and vigilantes, claiming they were approved by the government.

A leader of one of the Lines in the Market, who would not want his name in print for fear of victimization, explained that the market union leaders seem to be operating on a new instruction different from what State Government gave to them.

“The one that made many of us shade tears was what they did recently, by locking up peoples stalls demanding N2,000 for Fire Extinguisher and if you delay paying, they’ll increase it to N3,000. These people are not considerate at all.

“The funny aspect is that even those who paid were not supplied with a fire extinguisher. They’ve been doing this for many years now. We all know how important such things are in the market, but they’ll never supply any from now till God knows when.

“Those who managed to remove the new keys they used in locking up their stalls have been marked for arrest and tagged enemies. We want the government to look into this and stop these people and whoever is pushing them to be intimidating innocent hardworking traders.

“If traders are no longer welcomed in Aba, they should let us know. We know the government is not aware of what these people are doing and that is why we chose to use this medium to intimate the government to come to our aide before these people destroy our businesses with their selfish desires”.

I have a stutter, and it's made me become a better leader — here's why