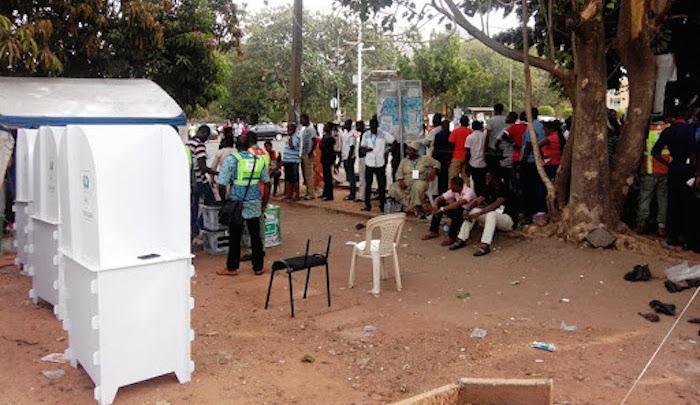 The Nigeria Police Force on Wednesday said no fewer than three police officers and personnel of sister agencies would be deployed in each 2, 627 polling booths, to strengthen security during the September 19 governorship election in Edo State.

Adeleye Oyebade, Deputy Inspector-General of Police in charge of Research and Planning, made the disclosure during a meeting with the Inter-agency Consultative Committee on Election Security (ICCES) in Benin City.

Adeleye, assured that the officers deployed would be apolitical, neutral and professional in the conduct of their constitutional responsibilities.

The DIG, who is to coordinate security operations during the election, posited that the election would serve as another litmus test of determining the strength of Nigeria’s democratic process.

He further assured that the security agencies would provide adequate security for ad-hoc staff of the Independent National Electoral Commission, electorate, party agents, candidates irrespective of their political party, media, local and international observers as well as other stakeholders involved in the election.

He warned those planning to foment trouble with the motive to disrupt the election, and scuttle the democratic process to desist from such act as the arm of the law will catch up with them.

“Our objective is to provide an enabling environment for a free and fair election that will remain a reference point in election security. Previous elections may have had their challenges, it is our resolve to improve on them, and make the 2020 Edo State governorship election freer, better, more inclusive, safer and more credible. The credibility of this election and indeed future elections remain our major focus.

“Violence during elections can exceedingly debase the very essence and foundation of our jealously guarded nascent democracy. Elections marred by violence, and other forms of malpractices cannot be said to be free, fair and credible,” Oyebade said.

He reiterated that, “no one is allowed to wear any cloth, emblem or colour signifying any political party to the polling units, and there shall be restriction of movement on the day of the election.

“Everyone is enjoyed to vote and return to their respective houses or remain peacefully within the approved parameters of the polling center. Vehicles branded in any political party colour or emblem are not allowed to be deployed on any election assignment.

The DIG who disclosed that they have established a joint control room for efficient management of information and security, urged voters to exercise their franchise without let or hindrance.

He enjoined all security personnel and all those involved in election duty to adhere to the protocols of Coronavirus (COVID-19) as stipulated by the Nigeria Center for Disease Control (NCDC).

Oakland A’s can still be the AL’s No. 2 seed, but would they win by losing today?

Betcha by Golly she’s a winner!