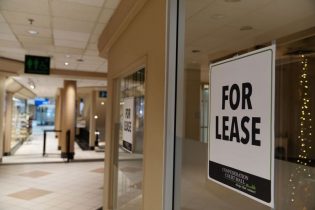 TORONTO (Reuters) – Canada’s annual inflation rate remained at 0.1% in August as rising food prices were offset by declining gasoline costs, Statistics Canada said on Wednesday. Analysts in a Reuters poll had forecast the rate would remain at 0.1%, far below the Bank of Canada’s 2% target.

“Total CPI remains well below the BoC’s 1 to 3% target band while the core measures have continued to track under the 2% midpoint of that band – consistent with the low for longest outlook for the BoC.”

“It’s (the average of the core measures) been tracking around 1.6, 1.7 for several months now, so I think (the Bank of Canada is) still of the view that spare capacity and the pandemic shock will have lagging influences longer than a few months, so they’ll still be cautious.”

“The headline numbers are still soft but the core measures are kind of holding in there. The Bank of Canada’s measures of underlying price trend have ticked up a little bit so I think we haven’t seen as much softness there yet as we would have expected given how weak the economy is.”

“From our perspective, price growth is still running below trend, we still have the economy running well below capacity, the unemployment rate is still over 10%, so the Bank of Canada’s focus isn’t going to be on inflation for a while.”