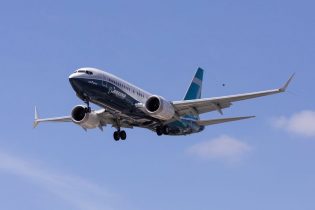 The committee had been scheduled to consider the 70-page revised bill jointly endorsed by Senate Commerce Committee chairman Roger Wicker, a Republican, and the committee’s top Democrat Maria Cantwell. The measure would mark the most significant effort toward adopting reforms since the 2018 and 2019 Boeing 737 MAX crashes in Indonesia and Ethiopia that killed 346 people.

Wicker called the delay a “setback.” With time running out, it is increasingly unlikely that Congress will approve reforms before it adjourns for the year.

The Senate proposal would grant the FAA new power over the long-standing practice of delegating some certification tasks to aircraft manufacturer employees. It also would create new whistleblower protections and bolster misconduct investigations and discipline management at the FAA and require a review of FAA certification expertise.

“It’s very important that we have accountability and transparency both at the FAA and at manufacturers,” Cantwell said.

A U.S. House report released on Wednesday found the crashes were the “horrific culmination” of failures by the planemaker and Federal Aviation Administration (FAA), and said reforms are urgently needed to improve how planes are certified.

The failures “were the horrific culmination of a series of faulty technical assumptions by Boeing’s engineers, a lack of transparency on the part of Boeing’s management, and grossly insufficient oversight by the FAA,” the report found after an 18-month-investigation.

Lightning rule out Stamkos for rest of Stanley Cup Finals

Joe Biden's plan would create 7 million more jobs than Trump, according to one economic forecast