In the week we invite you to nominate an amateur rider for the Pikeur Amateur Rider of the Decade, we take a look at why you should get involved with your local club...e track down some elite amateurs to discover if it’s possible to reach the top with just one ride

“Two hearts” was the iconic campaign in the run-up to the Rio 2016 Olympic Games, to illustrate the interdependence of horse and rider. The bond between the two athletes is as important as each individual’s innate talent, but if there’s only one horse in your life, is it enough to get to the top?

Completing Badminton, representing your country down the centre line, or jumping an international track can be tough, even for the seasoned professional with a string of horses. For an amateur, striving for success with one horse can undoubtedly bring more challenges as they balance a career with nurturing a partnership, securing qualification, and not to mention keeping their horse (and themselves) in peak physical condition.

Nominate someone for the Pikeur Amateur Rider of the Decade Award

This has been an extraordinary year, with so much changing in the face of Covid-19. But we are thrilled to announce the H&H Awards, again in partnership with NAF, are back, and nominations are now open. One of the categories is the Pikeur Amateur Rider of the Decade Award. We are looking for a rider who stands out for what they have achieved in the past decade, holding their own among professionals and respected for their good horsemanship. If you know of someone that you would like to nominate for this award, put them forward here.

Aside from industrial strength coffee, a reliable alarm clock and military organisation, how can amateur riders manage to juggle full-time

If you want to keep up with the latest from the equestrian world without leaving home, grab a H&H subscription

Equine vet Katie Preston bought her event horse Templar Justice (pictured top), known as TJ, as a four-year-old while she was still at university. Together they made their five-star debut (formerly four-star) at Luhmühlen, Germany, in 2018 – before completing their first Burghley Horse Trials the same year.

Katie has to balance attending out-of-hours emergencies with training, while keeping herself and TJ at the top of their game.

“Time is definitely at a premium,” says Katie. “It’s about finding that horse you want to ride, then it’s not a chore.

“You’ve got to want to ride late at night – or be happy to have a 6.30am dressage lesson.”

Aside from getting that one horse up to five-star level, the pressure then comes to preserve them.

“It can be tough soundness-wise, although for me that’s where my day job comes in handy! TJ has had injuries; he had a metal plate inserted in his pastern as a nine-year-old. He bounced back. However, I’m aware I could be on borrowed time keeping him at this level,” explains Katie.

Katie, who was entered for Badminton Horse Trials this year before the coronavirus pandemic forced the event to cancel, says it’s the resilience and mental toughness of a good event horse that helps them reach the top.

“They have to be phenomenal over cross-country and they’ve got to want to help you,” she says. “TJ and I might not be as competitive on the flat as some professionals, but on the flip side I’m not having to adapt to riding loads of different horses and can focus on him.”

Estate agent Ben Way and his former five-star ride Galley Light (pictured below) learnt together as they climbed up the levels. Ben says when a horse makes intermediate feel easy, that’s when you know you have got one that can go to the “big time”. 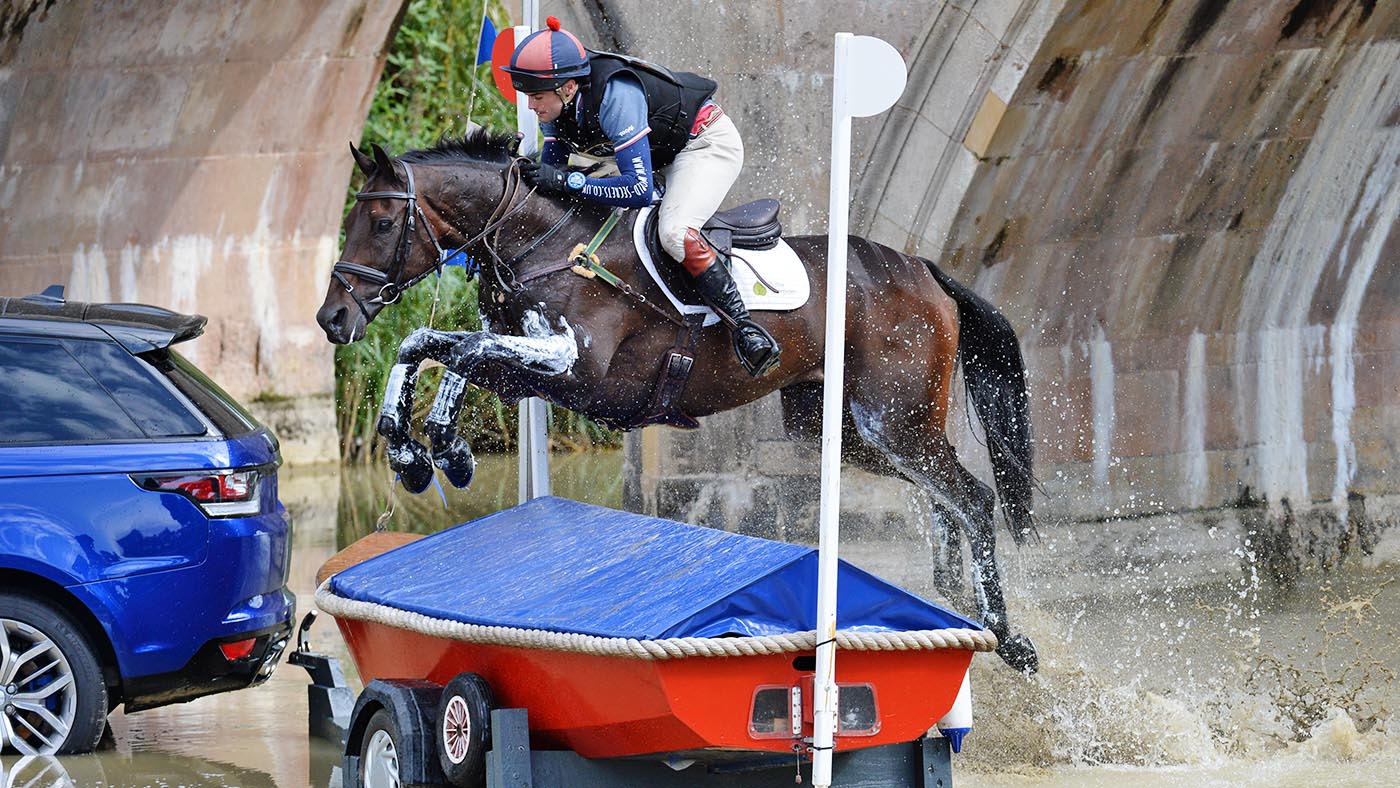 But Ben, who also runs the family business producing and selling horses, says that for an amateur trying to gain vital qualification to events, it can prove even more challenging with just one horse.

“You can’t run one horse too many times in a season whereas you can be up against a professional who has had 16 advanced runs. Qualification is going to be easier if you have four or five rides,” he says.

“Though of course there is the element of putting all your time into that one horse, and then the amazing partnership that comes out of it.

Britain’s eventing World Class performance manager Dickie Waygood – who formerly balanced a military career with eventing – says reaching the upper levels with one horse has become more challenging over the years, although not impossible.

“It’s whether the amateur has access to the right coaching and facilities,” he explains. “With eventing it’s an all-round aspect; if you want to be competitive you’ve got to excel in all three phases, although you can still be modest in all three and have a completion.

“Amateurs also need to find an ingenious way of keeping their eye in; making sure they’re doing plenty of off-horse exercises to keep themselves fit and the right muscles tuned-up – they have to be in good shape.”

Dickie says the difficulty for amateurs now is meeting the minimum eligibility requirements (MERs) which have become more stringent over the years, but he says it is possible to reach the upper levels of the sport on home turf.

“In eventing you can theoretically stay in this country, though for dressage and showjumping really you need to go abroad to access more shows,” he says.

Geochemist and grand prix dressage rider Steph Croxford, who stole the nation’s hearts with her much-adored partnership with Mr President (pictured below), says that times have changed in the sport.

“Things have changed enormously. When I was competing Mr President, it didn’t matter what a horse looked like – it was about the horse performing within its natural movement and gait, but as breeding has developed, judges’ views have changed,” says Steph who, after Mr President’s retirement, repeated grand prix success with Mr Hyde.

“I think it has made it more difficult to get to the top – unless you have oodles of money and time to get that one horse seen by as many judges as you can. In showjumping, it doesn’t matter how a horse jumps a fence – if they’re clear that’s it.” 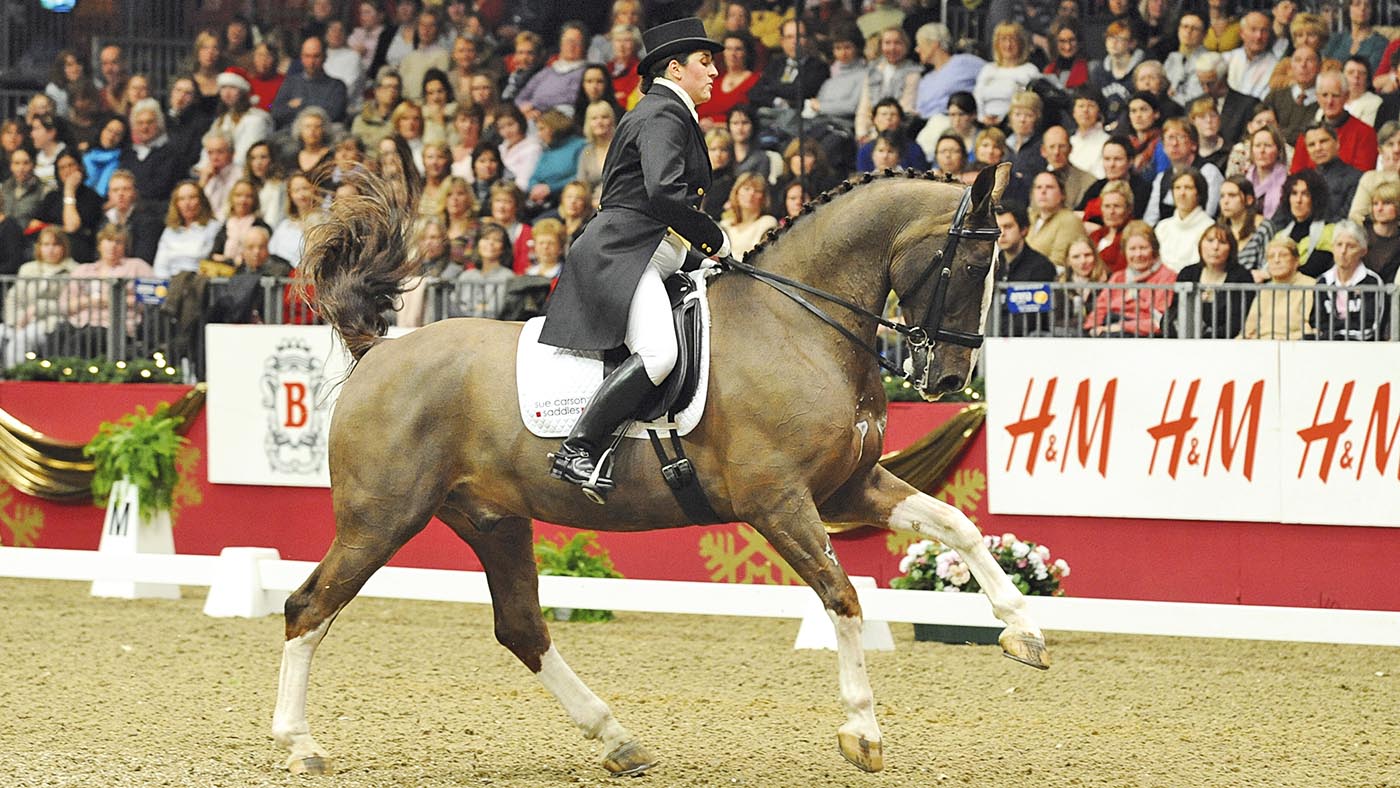 Steph says the positive of having that one special horse is you will put your “heart and soul” into them.

“If I had to ride a horse into battle it would have been Mr P,” she says fondly.

Accountant Darragh Magner, who took six weeks’ leave from his day job to jump in the CSI3* show in Vilamoura, Portugal, at the beginning of the year with his gelding J Grupo Prom Peter Pan, agrees that to achieve success it’s about finding a horse with whom you can build a bond.

“Sometimes you can stumble across that freak of nature,” he says. “Although it’s important not to let ambition ruin the relationship with your horse. You sometimes see riders not enjoying themselves at shows, and it’s supposed to be fun.”

Darragh recommends an amateur takes the plunge and spends time jumping at the likes of Vilamoura, or the Sunshine Tour in Spain – which don’t require invitation.

“It can be expensive, there is no question showjumping is ruled by money, but to give your horse the six weeks’ experience and shot at the international shows is definitely worth it,” he says.

International showjumping trainer Corinne Bracken believes if an amateur has the mindset of a professional, they can taste international success.

“If you have a really special horse and they stay sound and healthy then yes, in our sport you can get to the top,” she says. “However, it is rare. There are people who ride for a living and are still looking for that one special horse.

“You need to have a great support team, and I recommend you base yourself at a professional yard where you can get the help and the training.”

The technicality of showjumping has advanced over the years and Corinne agrees it’s not a “forgiving” sport.

“In eventing you can make a mistake in a dressage test, have a fence down in the showjumping, then have a fabulous cross-country round and you can finish in the top 10. In dressage, you can fluff up the first centre line, then make two marks more on every other movement and everyone has forgotten your centre line, but in our sport the days of having one jump down and placing in the top 10 are long gone,” she explains, adding that getting access to the upper level of shows also presents its challenges.

“We still have a very healthy circuit here, which can help your horse get the experience. However, at some point you will have to go abroad; the more your horse improves, the higher up the grades it gets. If you’re lucky enough to win ranking points, very often that will get you into the next level of show.”

It seems for an amateur climbing to the top with one horse can still be achieved, if a partnership is carefully honed and nurtured – and topped with a little bit of luck. It isn’t a journey all will accomplish and isn’t a feat that should be underestimated – with riders facing more challenges as the sport develops over time – but for the lucky few who do reach their goals, whatever discipline that might be in, they should enjoy every moment with that special partner.

Horse & Hound magazine, out every Thursday, is packed with all the latest news and reports, as well as interviews, specials, nostalgia, vet and training advice. Find how you can enjoy the magazine delivered to your door every week, plus options to upgrade to access our H&H Plus online service which brings you breaking news as it happens as well as other benefits.