Twenty-two horses and a llama in poor condition were removed as part of a major drugs bust involving £500,000 of cannabis found in shipping containers buried 20ft underground.

A planned warrant at a Lincolnshire farm led to nine days of searches.

Four bunkers made up of 12 shipping containers containing a large number of cannabis plants were found buried 20ft underground at a farm in Skendleby, with their entrances concealed within barns. Officers estimated the drugs would have a street value of around £580,000. 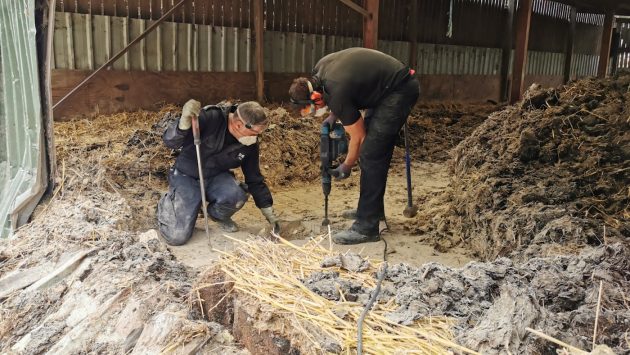 They were uncovered as part of a search, starting on the morning of 3 September, involving Lincolnshire Police officers, drone support and the force’s dog unit.

The team was joined by officials from the Environment Agency (EA), who had intelligence to suggest waste was being stored illegally at the site. Officers from the Spanish Civil Guard also joined, having provided information that supported intelligence gathered by Lincolnshire Police that a drug operation was taking place.

A total of 22 horses and one llama were found at the farm in poor condition and were taken away by officers. A spokesman for Lincolnshire Police told H&H the animals have been taken in by two welfare charities. 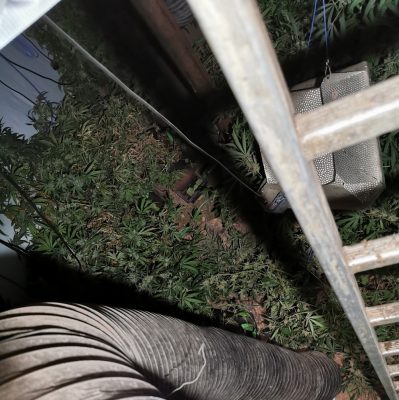 Cannabis growing in the underground bunker

More than 300 tonnes of illegal waste, a shotgun and six stolen cars were also found.

Three men, aged 34, 35 and 28, were arrested on suspicion of production of a class B drug, burglary with intent to steal, animal welfare offences and possible waste offences.

The 34-year-old was also arrested on suspicion of possession of a prohibited firearm and theft of a motor vehicle. They have been released on bail while the investigation continues. 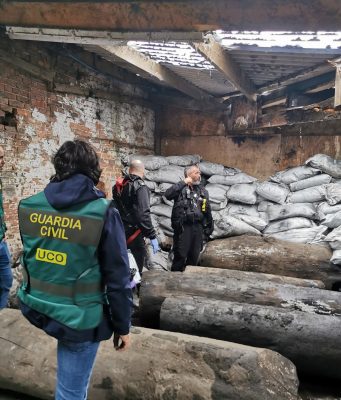 If you want to keep up with the latest from the equestrian world without leaving home, grab a H&H subscription

Detective Superintendent Rick Hatton, from Lincolnshire Police, said the force is “extremely grateful” to its partners and counterparts in Spain for assisting with the search.

“With the operation being underground we have needed some real specialist support to uncover this activity,” he said.

“Only with the skills of those who joined us from Lincolnshire Fire and Rescue, the Environment Agency, East Lindsey District Council, RSPCA, Dyno-Rod and the Home Office’s Defence Science and Technology Laboratory have we been able to get to this point.”

The three suspects were also interviewed in relation to this activity before being released on police bail.

Investigations continue and officers will return to monitor the safe removal of the waste, which is expected to cost those responsible up to £100,000.

“Waste crime is serious – it blights communities and risks real harm to people’s health and the environment, and we won’t hesitate to take action against those responsible,” said EA area director Norman Robinson.

“We’ve now been able to put a stop to illegal activity on this site – a testament to the determination, joint-working and intelligence-sharing between multiple organisations.

Horse & Hound magazine, out every Thursday, is packed with all the latest news and reports, as well as interviews, specials, nostalgia, vet and training advice. Find how you can enjoy the magazine delivered to your door every week, plus options to upgrade to access our H&H Plus online service which brings you breaking news as it happens as well as other benefits.