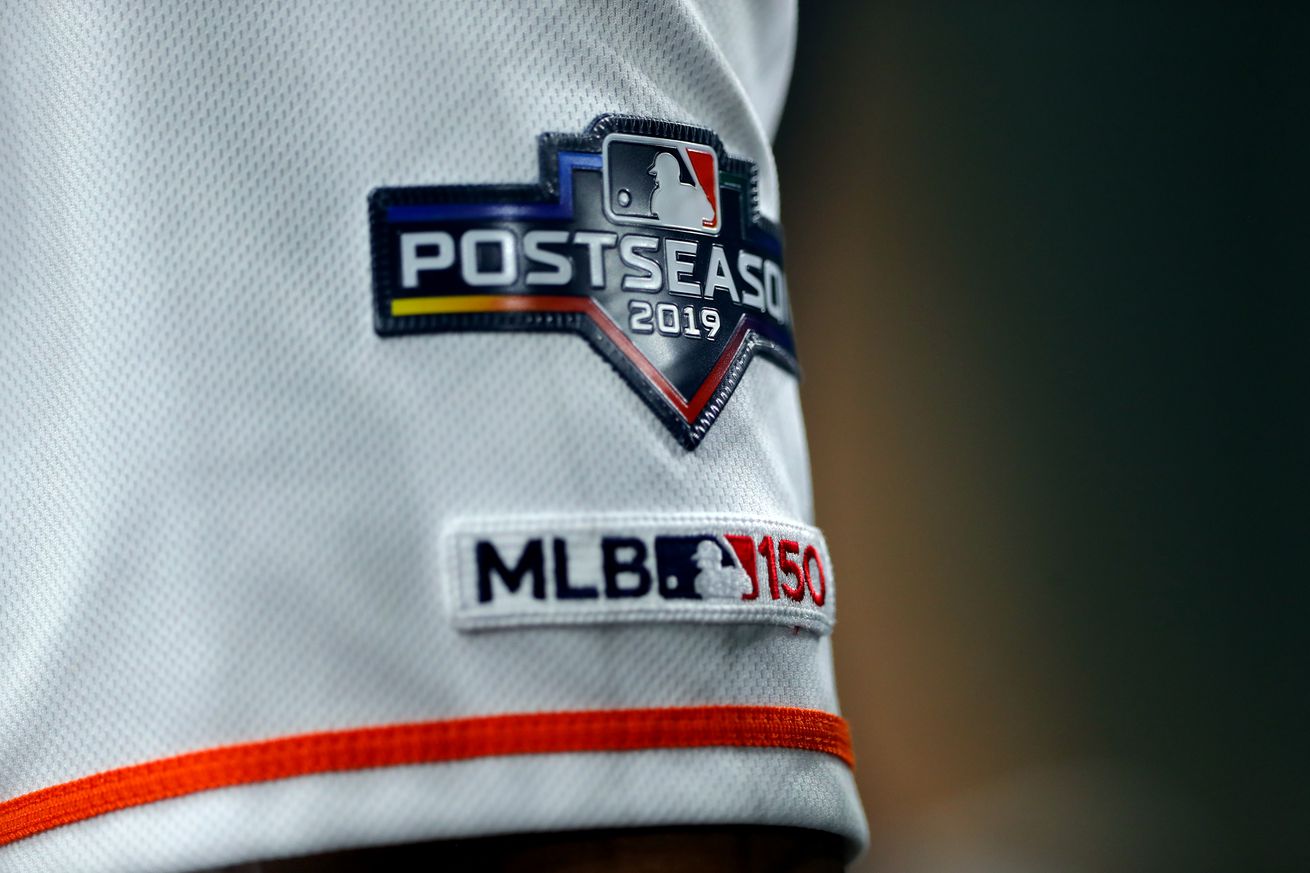 One of the many trial balloons floated in this shortened season is the expansion of the postseason. After a shortened season, 16 teams will make the playoffs in an effort to recoup some losses for MLB ownership.

For a farce of a year, expanded playoffs are fine. If the season is going to be stupid and silly, it should be the most stupid and the most silly. However, if Rob Manfred gets his way, the expanded postseason will stick around in perpetuity. According to Dan Sheinin of the Washington Post:

Manfred also said the expanded, 16-team postseason is likely to remain beyond 2020, adding that “an overwhelming majority” of owners had already endorsed the concept before the pandemic.

“I think there’s a lot to commend it,” he said, “and it is one of those changes I hope will become a permanent part of our landscape.”

There’s a lot to hate about this.

Even in highly competitive years, it’s rare that 16 teams are going to have good records let alone winning records. Borrowing some code from Jim Albert, I found that most often the Wild Card teams in a 16-team postseason structure won 31 games and they were just as likely to win 29 as they were to win 32. I haven’t run the simulations for 162-game seasons, but I expect the winning percentages would be about the same.

This will open the door for mediocrity, and teams with sub-.500 records will make it to October every year or nearly every year. While it’s true that every team in the National League except Pittsburgh, Washington, and Arizona is in the playoff hunt, a handful of teams have tested out of the hunt altogether.

Roughly 20 percent of the season remains and four NL teams have a 100 percent chance of reaching the postseason. There might be tight races that will come down to the final game of the season, but they’re among teams that should probably lose in the first round anyway.

Things in the AL are already decided.

Expanded playoffs have trivialized a 60-game season which shouldn’t be possible. This is supposed to be chaos, but it’s just rote because there are so many awful teams in the American League.

If teams feel like they can get away with fielding noncompetitive rosters now, just wait until 79-wins means a trip to the postseason. Every good team can be like the 2019 Cleveland baseball team, except now going into a season with cardboard standees for an outfield will sink the seeding, not the year. Every average team can say “We believe in our team,” as they hope for good luck.

Expanding the playoffs will undermine the competitive integrity of the game, but it will make obscenely rich people richer. If it wasn’t obvious before, it should be clear now that the latter is all Manfred cares about.

Al Yellon | Bleed Cubbie Blue: Kris Bryant is in the midst of another prolonged slump, and Al Yellon writes that the slugger hasn’t been the same since getting hit in the head with a pitch in 2018.

Priti Patel looked at shipping thousands of UK asylum seekers to island in Atlantic 4,000 miles away