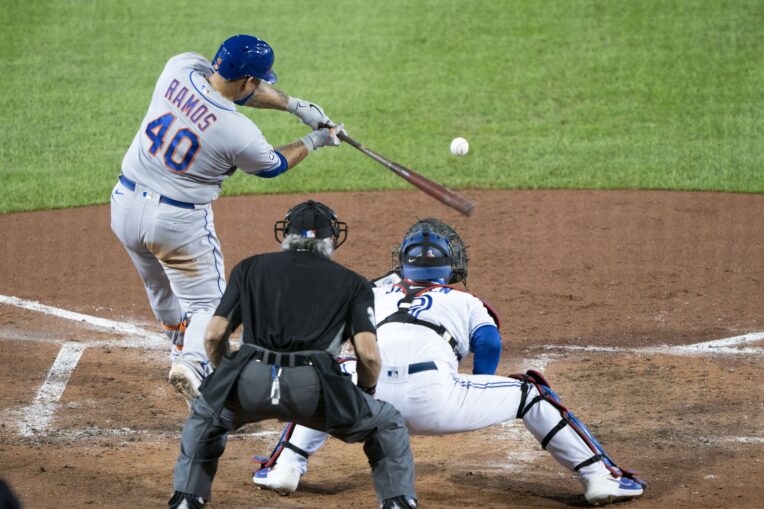 On Tuesday evening, the New York Mets fell 4-1 to the Philadelphia Phillies at Citizens Bank Park. The Mets are now 21-26, 2.5 games back of the third-place Phillies, and 6.5 games back of the first-place Atlanta Braves. After the game, Brandon Nimmo admitted that “everyone is a little down right now, as I think is appropriate.”

On Wednesday, the Mets will be facing off against the Phillies once again at Citizens Bank Park as ace Jacob deGrom (4-1, 1.67 ERA) will take the mound against a pitcher that has yet to be announced.

Major League Baseball announced that superstar Pete Alonso is featured in an episode of T-Mobile’s Beyond the Bases.

According to Ken Rosenthal of The Athletic, Major League Baseball and the MLBPA agreed to a bubble for the MLB playoffs. Rosenthal later added that families would be allowed to be part of the bubble.

The Texas Rangers announced that they have signed infielder Andrew Romine to a minor league contract.

According to Christ Cotillo of Masslive.com the Red Sox have released Jonathan Lucroy.

According to Brian McTaggart of MLB, Carlos Correa suffered a bone bruise but thankfully, nothing was broken.

The Phillies announced that they have designated infielder Ronald Torreyes for assignment.

Thomas Hall thinks that J.D. Davis should revert back to his 2019 launch angle.

Rich Mancuso feels that time will tell for Steve Cohen.

On This Day In Mets History

The worst debate strategy for Biden would be “When they go low, you go high”

Thiago Silva not being able to speak English will NOT be problem despite horror debut, insists Frank Lampard