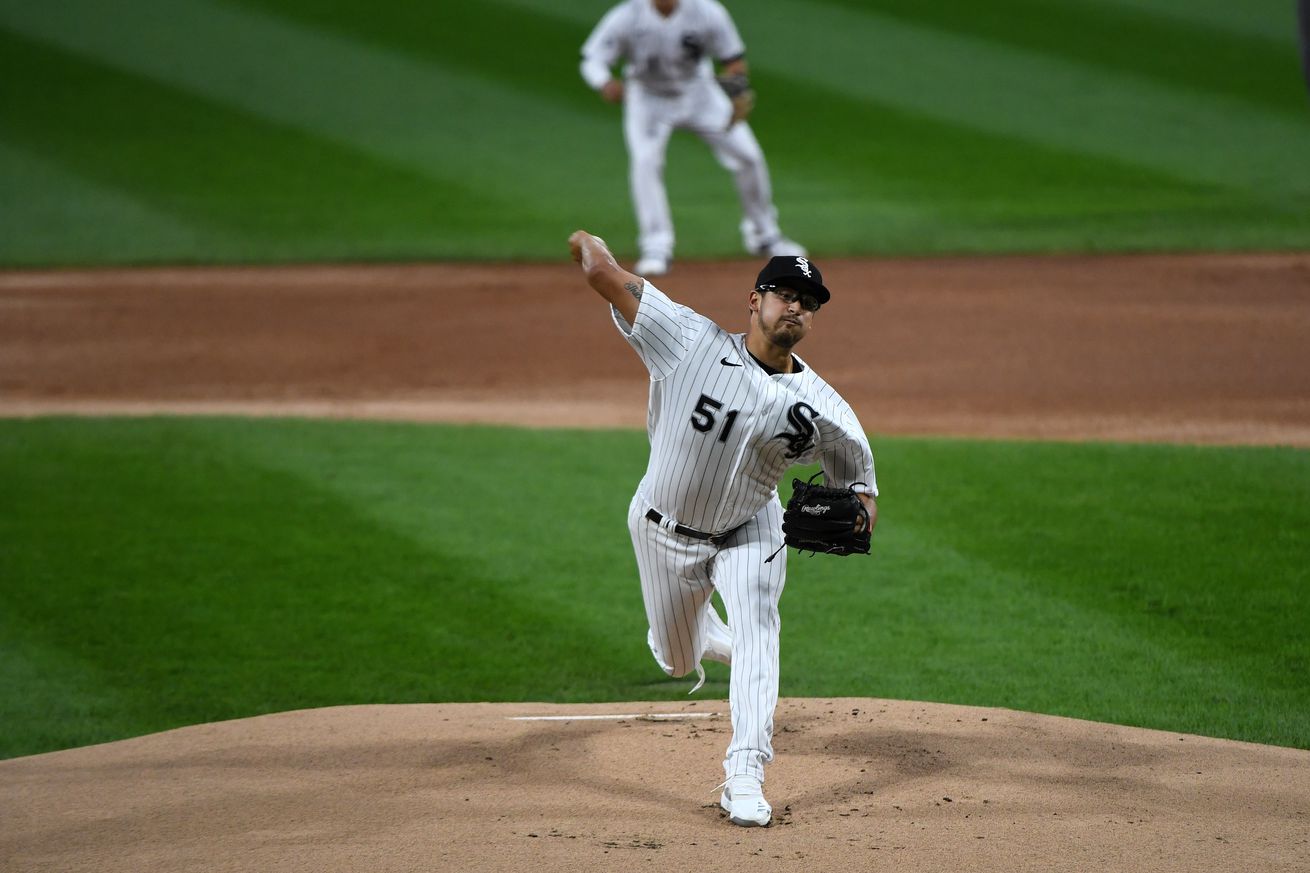 Dunning delivers: With the No. 3 spot in the rotation wide open, Dane Dunning continued to make a strong case for himself. | Mike Dinovo-USA TODAY Sports

Well, that was fun. The White Sox delivered their second victory in as many days against the Twins. As a result, the White Sox have won six in a row and 22 of their last 27. They’re 32-16, and with 12 games to go, they have already exceeded my expectations (31-29). Let’s take a look at how they won this time.

Play of the game

Up to the task

In contention for the No. 3 starter job, rookie Dane Dunning faced the most talented lineup he has gone up against in his young career. If tonight’s performance is any indication of what we can expect from Dunning, then that is a great sign moving forward. In seven innings of work, Dunning allowed only two runs (one earned) on three hits. Dunning issued only one walk, and he struck out seven. White Sox pitchers, like many others, have struggled to calm the Twins’ bats down, but Dunning did not have trouble in his first game against them.

The hits keep on coming

Tim Anderson’s ability to make solid contact is becoming one of the most admirable tool in the game. In 13 games this month, Anderson has now had multiple hits in nine of them. Tonight, Anderson went 3-for-5 with a home run to vault his batting average up to .377 and his OPS to 1.019.

Production in the middle of the lineup

Did anyone predict a .991 OPS and .328 batting average for José Abreu? How about a .984 OPS and .329 batting average for James McCann? No? Well, I certainly predict any of those, either. When the White Sox gave Abreu a sizable extention, I was skeptical. When they originally signed McCann, I was even more skeptical. However, the two of them are making those in the front office look like geniuses. Abreu had another great night, as he finished 3-for-4, while McCann went 2-for-3 with a double and his sixth homer of the year.

Left-hander Jace Fry, who was just reinstated from the injured list, looked phenomenal in his one and one-third innings of relief. Fry faced five batters, and four of them struck out. For the season, Fry has a 3.29 ERA, 2.91 FIP, and 2.95 xFIP, as he appears to be more like the impressive version of him we saw in 2018.

With a WPA of +.191, Dane Dunning is today’s MVP. With this strong of a performance against a team like the Twins, Dunning has a strong case to pitch right behind Lucas Giolito and Dallas Keuchel in the rotation. In terms of WPA, Byron Buxton, who went 2-for-4 with an inside-the-park home run, was runner-up (+.156). Shortly behind Buxton were Abreu (+.138) and McCann (+.137).

Seattle Police Officer Gets Knocked Down, BLM Rioter Runs Up and Hits Him With Baseball Bat (VIDEO)