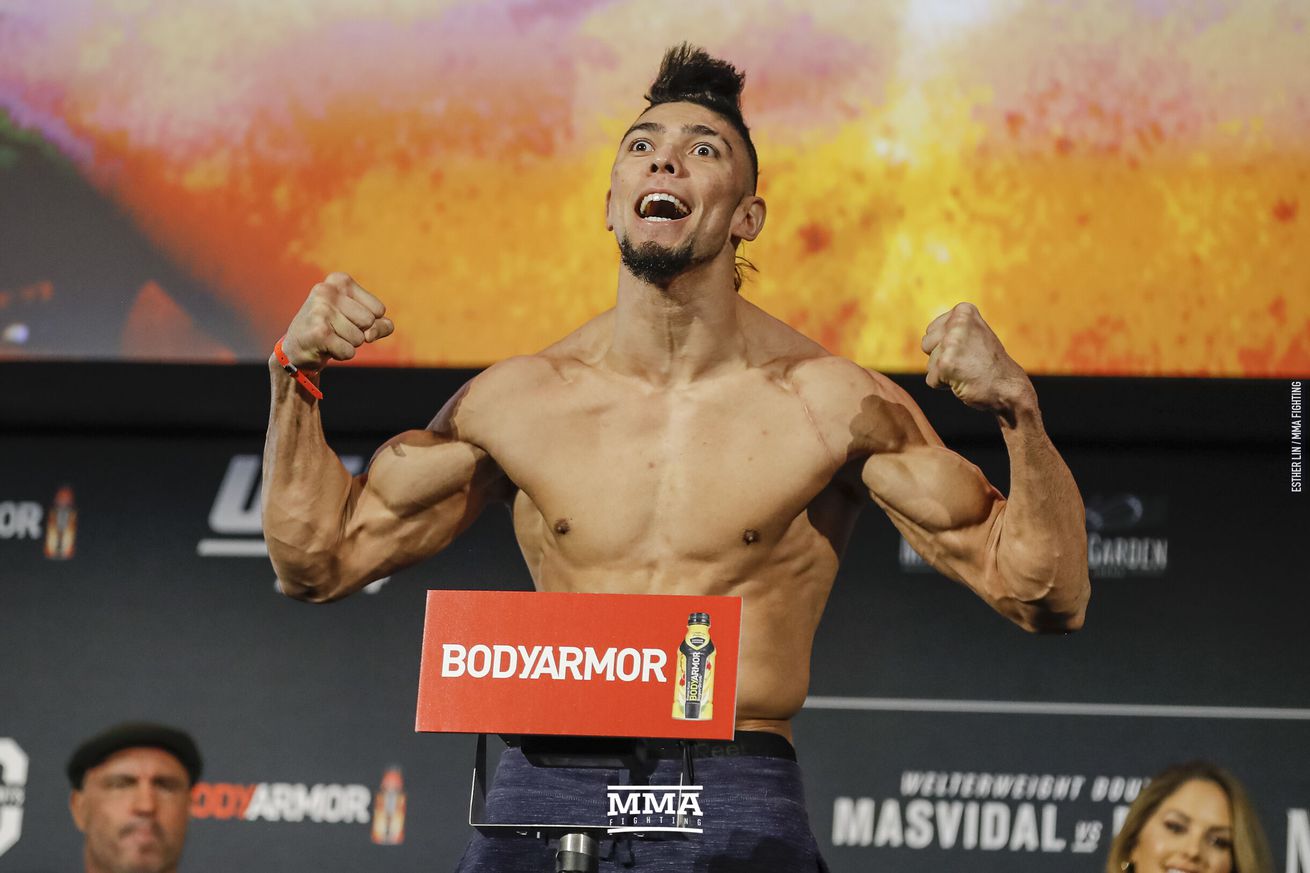 Johnny Walker has changed as an athlete in 2020.

The light heavyweight prospect entered the UFC with a bang in 2018, knocking out Khalil Rountree, Justin Ledet and Misha Cirkunov in a combined time of 2:48 in a five-month span. Back-to-back losses to Corey Anderson and Nikita Krylov, however, derailed his run a bit.

Now booked to return to the octagon against rising 205-pounder Ryan Spann on Sept. 19, Walker switched things up in day-to-day life.

First, Walker moved his camp to from Tristar to Straight Blast Gym since he can’t enter Canada due to travel restrictions caused by the COVID-19 pandemic. The fact that his girlfriend lives in Dublin also played a factor for him traveling to Europe and doing his next camp with John Kavanagh.

Walker trained a SBG Ireland for a couple of weeks in the past before opting to do his previous camp with Firas Zahabi, but ended up losing a decision to Krylov in March.

“It’s been one of the best camps I’ve ever had,” Walker said in an interview with MMA Fighting. “Coach Kavanagh is taking great care of me, he’s giving me special attention here, and I’m really happy. He’s very smart and does great training. He’s super professional, and there are a lot of big guys here as well, some Bellator fighters, so it’s great training for me.”

Despite Walker’s recent setbacks, the UFC paired him up with “Superman” Spann, a 29-year-old talent who won four in a row in the UFC following a 26-second finish over Emiliano Sordi at Dana White’s Contender Series in June 2018.

“They know my potential and know where I’ll get,” Walker said of the UFC and its matchmakers. “They are giving me good opportunities, good fights. There are no easy fights in the top 15, we’re in the biggest promotion in the world and there are no easy opponents, everybody is well-rounded and high-level. Every fight I take now will be tough. I’m well-prepared and I hope to put on a great performance.”

When Walker was on a roll, many fans were quick to call him the next big thing at 205 pounds, and even asked the UFC for a Walker vs. Jon Jones championship clash. Two defeats were enough to get some off the bandwagon, calling the Brazilian “overrated,” but he doesn’t mind.

“That’s part of the game,” Walker said. “Most of those critics never trained before, never fought, never got punched in the face, so we can’t let that type of people that never even fight professionally, never even trained, that are not black belts… Those who criticize, most of them, 99 percent, never got punched in the face, so how am I going to let someone like that affect my career and my head? I can’t let that affect me. There’s no logic in letting someone that never entered an octagon say something and affect my emotions.

“I handle critics really well, I know what my mistakes were and I know where I’ll get and what I need to get better at. I know my mistakes and I’m working on getting better, as always, and going after better opportunities, just like the UFC giving me this good fight. I’m training with the best coaches and I know it will make the difference now. I’ve learned a lot with my losses and I don’t think I have to learn more [laughs]. I mean, of course I do, everybody has to learn, but I don’t want to learn with losses. I want to learn with wins now.”

Even though Walker guarantees he pays no attention to critics, the Brazilian light heavyweight feels he “definitely” has something to prove on Sept. 19.

“I left a lot to be desired in my last two fights and I’ve fixed my mistakes, I have my head in the right place and I’m training well,” Walker said. “I’ve made several changes in my life, management and coaching, I’m more focused now, 100 percent focused in my career. It’s just training, eating and sleeping now. Nothing else. I have no other projects in my head. There’s no partying, no going out, it’s just resting and eating. The only thing I do is play video games at home. I’m really focused in my career, in training, in dieting, so it will make a huge difference.”

Walker will have Kavanagh and another trainer from SBG Ireland in his corner at the UFC Fight Night show in Las Vegas, and plans on bringing in former opponent Cirkunov if allowed to have a third man in his corner at the UFC Apex. When the fight starts, he vows to mix aggressiveness and intelligence to score his first UFC victory since March 2019, when he stopped Cirkunov in just 36 seconds.

“I’ll put pressure in the game, like I’ve always done in my first fights, and I’ll make no mistakes or wait too much,” Walker said. “I’ll start hurting him. When I see an opening for a takedown, I’ll take him down. We’re fighting MMA. I’ll try to knock him out, I’ll try to submit him. I won’t leave it to the judges because I don’t like that. I’ll train hard. I’ll get some rest, too. I’ll be 100 percent for this fight and put on the best performance of my career.”

Voting for the Lesser of Two Evils: a Vicious Circle