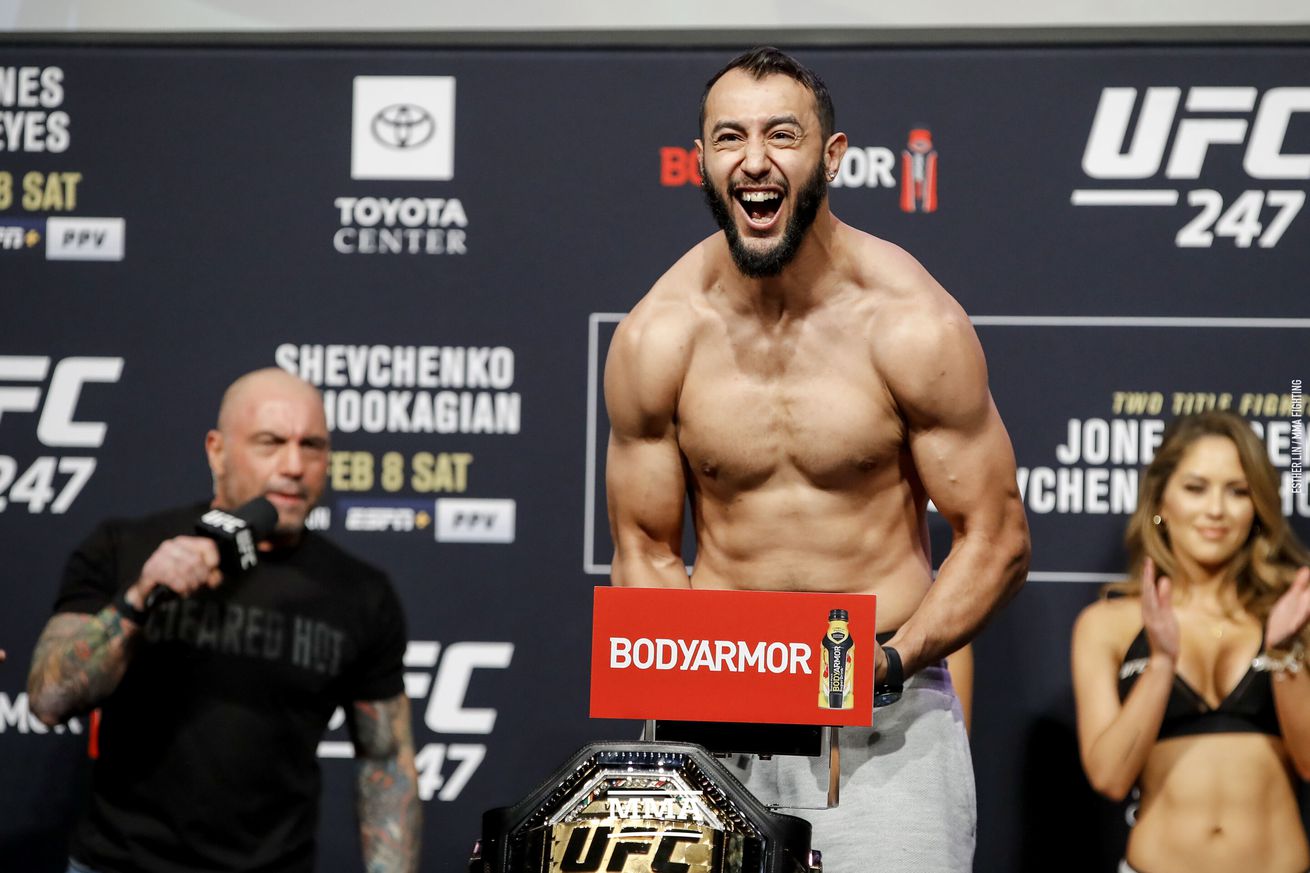 Dominick Reyes already feels like he has a win over Jon Jones, and he’s not going out of his way to get another shot at him.

In August, Jones vacated the UFC light heavyweight championship amid a contract dispute with the promotion and discussions of a potential move up to the heavyweight division. That vacant belt will be contested in the co-main event of UFC 253 on Sept. 27 in Abu Dhabi, with top contenders Reyes and Jan Blachowicz competing to become the new king at 205 pounds.

Should Reyes triumph over Blachowicz, his plan is to stay at light heavyweight for the foreseeable future. The possibility of picking up an official win over Jones – who defeated Reyes by unanimous decision in a tightly contested championship bout at UFC 247 – is not enough to convince Reyes to move up a division, nor is the chance to become a two-division champion.

Asked how he felt the winner of his fight with Blachowicz would be viewed in the absence of Jones, Reyes was unconcerned.

“It’ll be my title reign, so it won’t matter what anybody else says or thinks about really anything, to be honest,” he said.

Reyes was 12-0 before earning his shot against Jones, scoring notable wins against former UFC middleweight champion Chris Weidman, and light heavyweight contenders Volkan Oezdemir and Ovince Saint Preux. He fell just short of becoming the first fighter to score a non-disqualification win over Jones, though several members of the media scored the fight for Reyes.

The recent title challenger doesn’t want to dwell on the Jones fight, but he admits he understands why people want to know if he sees his fight with Blachowicz as an unofficial first title defense.

“Part of me is, but at the same time it’s another fight,” Reyes said. “It’s all about ‘what have you done for me lately’ in this industry, and this fight is the latest and greatest Dom Reyes, so you’ll see.”

Reyes told reporters he wasn’t interested in discussing any matchups besides the one with Blachowicz this weekend. That includes a superfight with current middleweight champion Israel Adesanya, who headlines UFC 253 opposite rival Paulo Costa.

Adesanya has said on multiple occasions that he is interested in moving up to 205 pounds to fight Jones. Reyes, though, couldn’t care less if the middleweight title holder follows up on that plan to face him instead of Jones. But he isn’t shying away from stars in other divisions stepping into his world.

Amazon just announced new devices — save on these older models