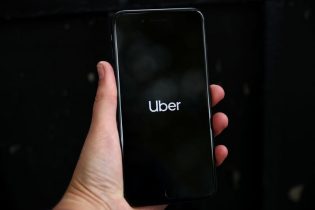 The deal marks the second acquisition this year by Berlin-based sennder, a digital freight forwarder founded in 2015 that specialises in full-truck loads, as it seeks to extend its lead in Europe.

“This acquisition strengthens our position as Europe’s number one digital logistics provider,” said David Nothacker, CEO and co-founder of sennder.

For Uber, which only entered the German freight market in July 2019, the deal will extend its reach in Europe while the alliance with sennder would extend to offering advanced freight logistics services in the United States and Canada.

sennder is one of a number of logistics-focused startups in the bustling Berlin tech scene that has sought to modernise an industry dominated by family-owned trucking firms still used to working with a phone, pen and paper.

Its founders see huge potential to boost efficiency in the full-load market – where sennder matches 50,000 cargoes a month – by reducing the number of trips in which trucks make a return journey empty.

Investors Accel, Lakestar, HV Ventures, Project A and Scania have invested 120 million euros ($143 million) into sennder, which earlier this year merged with France’s Everoad as it targeted 1 billion euros in revenue by 2024.

Moya On Nadal’s RG Chances: 'The Margin For Error Is Much Narrower'