ARSENAL are set to spend big again this summer with moves for Thomas Partey and Houssem Aouar in the offing.

And the North Londoners plan to keep splashing the cash in order to build a star-studded team around him.

Atletico midfielder Partey, 27, has been linked with an Emirates switch for months.

The Ghanaian ace is keen on the move and with Arsenal still interested, the Gunners could soon splash out Atletico’s £50million asking price, according to the Mirror.

Lyon’s French ace Aouar is slightly behind Partey in the priority list although Mikel Arteta is still keen.

So Arsenal would have to offload some players to raise cash if they want to land the £40m rated 22-year-old as well.

Backup goalkeeper Emi Martinez has signed for Aston Villa in a £20m deal.

And the Gunners are looking to get even more fringe players off their books to fund any deals before the October 5 deadline.

Sokratis, Lucas Torreira, Shkodran Mustafi, Calum Chambers and Sead Kolasinac are all up for sale.

The North Londoners are also willing to listen to offers for Matteo Guendouzi.

But Arteta has had a change-of-heart over the pair, and wants to keep them after impressing in pre-season.

The decision to splash out on the chunky deals for Aubameyang and Willian’s recent £220k-a-week move has attracted criticism after last month’s decision to make 55 staff members redundant, despite a coronavirus pandemic squad wage cut.

Before leaving, @EmiMartinezz1 had one final request: to do a leaving interview to speak to the fans one last time

This is Emi's farewell to the Arsenal family… pic.twitter.com/rlaGSQkLVy 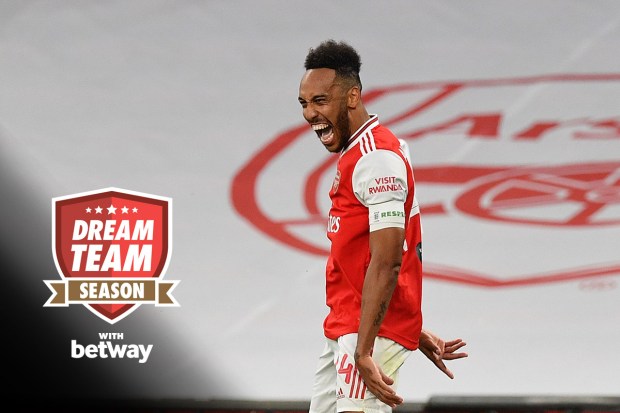 Paging Dr. Hamblin: What If the Vaccine Works Only Half the Time?

Bars, restaurants & cafes forced to shut in Marseille as number of people in hospital with coronavirus doubles in a week