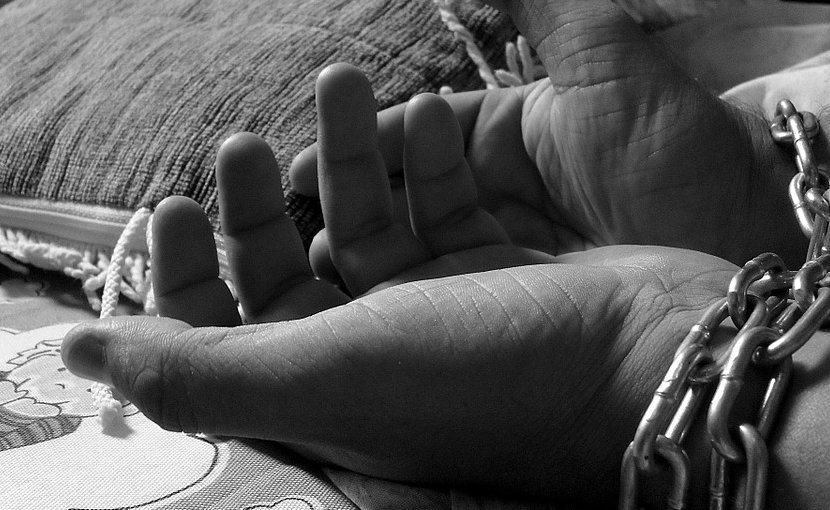 Violence against women in conflict situations is almost an omnipresent phenomenon. Women have suffered in warfare in Asia, likewise in Europe and other continents with rape and other forms of aggression often carried out with impunity. Contemporary historical precedents of systemic violence against women in NE and SE Asia and the Balkans continue to cause disputes and influence the political climate.

Even today, Poland’s decision to withdraw from the Istanbul Convention on violence against women and the rest of the V4 countries objecting its ratification sparked controversy throughout Europe. While there are now significant legal standards and instruments developed for the protection of women against gender-based violence, states still struggle with finding the proper way to reconcile past atrocities. Being a particularly sensitive and complex subject, it is often neglected for pragmatic reasons. The parallels and the different approaches followed in Europe and Asia can offer each other potential solutions to move forward.

One of the most well-known examples in Asia, the issue of comfort women, continues to spark tensions and often referred to as the “biggest diplomatic dispute” between Japan and South Korea. The South Korean government considers that Japan is yet to formally apologise and acknowledge the suffering of 200,000 Korean women who were forced to work in Japanese military brothels during World War II. The Japanese side claims that the latest agreement in 2015, which was meant to provide a ‘final and irreversible resolution’ to the issue, is sufficient and the matter is closed. There is a sense of urgency, as the number of comfort women is rapidly decreasing, however, the opposing domestic opinions and the legal controversies around the issue indicate that it is hard to reach a diplomatic solution. While the governments are grappling over the issue, the civil society is taking the central role in bringing it to the international arena and calling for responsibility to be taken. To reach a lasting and meaningful agreement one day, it is crucial that the civil society from all ideological groups is actively engaged and buys into the arrangement between the two governments.

In contrast to the attention given to the comfort women in Korea, there is little attention paid to the sexual violence committed by South Korean soldiers during the Vietnam War. Though relations between South Korea and Vietnam has progressed tremendously over the past three decades, the wartime atrocities still haunt many with little prospect for justice and recognition. South Korea’s presence during the war was second to the U.S. and the South Korean Army was notoriously feared for its brutality. Between 1964 and 1975, the South Korean soldiers raped and sexually assaulted thousands of Vietnamese women who then gave birth to mixed-race children.

These women, their children and their grandchildren, the Lai Dai Han, still live in the shadow facing discrimination and social exclusion. The community, consisting of approximately 30,000 individuals and over 800 surviving mothers, experience daily hardships as even their basic right to healthcare and education is being denied. Both the South Korean and Vietnamese governments seem to prefer to let sleeping dogs lie as raising the issue would cause unnecessary embarrassment to their booming relationship. Similarly to the case of the comfort women issue, civil society groups are taking an active role in both Vietnam and South Korea to give voice to the victims and advocate for justice and recognition.

Not often discussed but Europe, too, has its own dark side of history as wartime sexual violence had left deep physical and emotional scars on hundreds of thousands of European women. During WWII, German military law did not consider rape and sexual violence as crimes and brutal atrocities against women, especially who were Jewish but also on the Eastern Front, were frequent. While the Nuremberg Trials brought many of the perpetrators to justice, sexual crimes against women during the Holocaust were disregarded and excluded from the tribunal. Likewise, the German and Eastern European women who became the target of the Red Army’s retaliation have never received justice nor compensation.

From the perspective of the Geneva Conventions in 1949, rape was considered as an offence against women’s honour in the social meaning, rather than a crime against women’s dignity as human beings which means that it was treated merely as an inferior crime. The general marginalization of women in that era and the decades-long silence around the issue of wartime rape contributed to the fact that even today, there is no systematic study of the sexual violence endured by European women during WWII.

The legal concept of sexual assault on women and women’s right in war in international criminal law have evolved significantly with the establishment of the International Tribunals for the former Yugoslavia in 1993. Whilst sexual crimes are now recognized as serious war crimes, genocide and even crimes against humanity, many perpetrators of one of the direst atrocities against women in Europe are still yet to be convicted. Taking place only 25 years ago, the genocidal rape of the Bosnian Muslims by Serbs during the Balkan conflict continues to affect the lives of thousands of survivors meanwhile governments seem to take little interest in the issue and refuse to take responsibility. There are no official figures on the number of rape victims in the countries of former Yugoslavia, but estimates range from 20,000 to 50,000 in Bosnia alone. To make it even harder for victims, discussing wartime sexual violence in these countries remains a taboo as women often fear further humiliation from their families and communities.

Authorities in many of the concerned countries continue to fall short on adopting key policies and legal documents to establish a system addressing the issue in line with international standards. To help victims’ struggle for justice, the EU has made efforts to investigate the atrocities in the region. In Kosovo, through EULEX – War Crime Investigation Unit (WCIU), the EU’s largest civilian mission launched under the Common Security and Defence Policy, coupled with support from NGOs working with survivors, significant results were achieved. The trust and access to witness testimonies markedly increased survivors’ willingness to speak and come forward. Following the EU action, some states have recently started to recognize and compensate for the sexual violence women suffered during the wars but the tendency to prosecute perpetrators still remains low and in most cases, they are charged to pay the compensation for the victims themselves which they are usually unable to do.

The worldwide perception that marginalized women and their legal reality in the 20th century contributed to the scale of atrocities committed against them and the true dimension of the issue may never be fully known. As the comfort women issue shows, reconciliation and agreements without public support in these sensitive matters are fated to collapse, just as the lack of key policies and legal instruments are failing to provide an adequate system to address the issue in the countries of former Yugoslavia. Civil society has a vital role in calling for attention and providing support but official recognition from states is indispensable to move forward. The recognition of these women and their suffering is not only an important step in acknowledging the history of gender inequality, but it also supports the efforts to stop gender-based violence. Here too, Europe and Asia can learn from each other.

*Réka Koleszár is an analyst with the European Policy Centre

Trump and Biden land in Ohio for first presidential debate