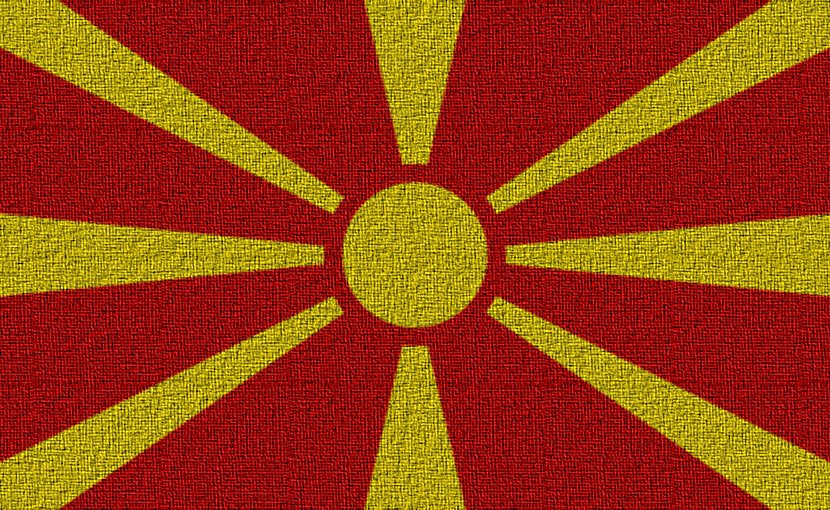 Forget cancel culture. My actual culture is being cancelled.

What could this possibly mean? It means that my country’s name, identity and history have been forcibly changed — by the United States — in order to appease our oppressors.

What could THIS possibly mean? It means that our two biggest oppressors (yes, we have several), Greece and Bulgaria, which publicly admit every day that their main policy objective is to eradicate the existence of Macedonians as an ethnic group— demanded that Macedonia change its name, identity and history into “North Macedonians” from “North Macedonia” while simultaneously giving the terms “Macedonia” and “Macedonian” to Greece and Bulgaria, depending on context.

Yeah. Imagine this happening to you. But it gets more WTFy.

Both US political parties — in their infinite lack of wisdom, compassion and decency — fully endorsed Greece and Bulgaria’s goals in annihilating Macedonians’ ethnic identity. Why? Because Greece and Bulgaria threatened to veto Macedonia’s NATO membership bid unless their demands were met. Basic human rights will not get in the way of increasing NATO membership and satisfying America’s insatiable desire for imperialism.

Not to be outdone by the Prespa Disagreement, Bulgaria has been emboldened in their insistence that all (and more) anti-Macedonian resolutions in their ironically-named “Friendship Agreement” (fully endorsed/authored by the USA) with Macedonia be implemented. It renders Macedonians in Pirin Macedonia (annexed by Bulgaria in 1913) as non-existent, rewrites Macedonian history and turns Macedonian heroes into “Bulgarians”. Bulgaria is also claiming that Macedonians in Albania are “Bulgarian” and have started an international propaganda war to “convince” everyone that Macedonians have suddenly disappeared. They even threw in revisions of Jewish history in Bulgaria to erase their Nazi co-conspirator and anti-Semitic past.

The United States treats the world like a huge game of Risk, and we are all unwilling pawns.

In Macedonia’s case, here are some specific examples of what “the greatest democracy in the world” has done:

The US stoked (started) a civil war, granted amnesty to terrorists, rigged elections to install their favourite puppet regime that would obey US orders to change Macedonia’s name (ironically, the “opposition” is also controlled by the US), detained and threatened MPs and their families — with women especially targeted, imprisoned those who dared speak out against US interventionism, defied international and Macedonian law, among many (and many…) more things. I’ll give you an oddly specific example:

Jess Baily, while he was US ambassador to Macedonia was in a — now infamous — parliamentary session holding female opposition MPs in private meeting rooms against their will until they caved into his demands and voted to commit treason to change Macedonia’s name. The consequences if they refused? Prison time for their family members. The reward? Hundreds of thousands of Euros. And the US accuses other countries of meddling. Offence is the best defence…

But if this happened to women in any other country it would, rightfully, draw international outrage. The US, though, deemed Macedonian women expendable. And the world blindly follows.

So, for those who enjoy cancel culture, the next time you join the crowd in trying to “cancel” a celebrity for something they may, or may not, have said, or maybe, possibly, might have implied in a social media post, think about what is actually happening in the world and take action — by making one simple statement —in defence of human rights.

Cancel culture fans, you also like to call out BS. But only if it gets likes on social media. If you’d like to stand out though, here’s a different and easy one, and the part in bold is something you probably already knew (yet haven’t acted on):

Greece’s well-known and public policy was to deny the existence of Macedonia and fiercely suppress any mention of the “M” word (and kill, expel or forcibly assimilate Macedonians, and other minorities for that matter.) But all of that magically changed in 1988 when Greece shockingly began claiming the name “Macedonia” (while still denying — and trying to eradicate — the existence of Macedonians). This garnered a huge “WTF” (the actual words, acronyms weren’t in style yet). So here’s a perfect opportunity to call out BS, use another acronym, and defend human rights at the same time:

Greece is using a ridiculously false claim to negate the identity of an entire ethnic group. This has led Greek politicians to celebrate the eradication of Macedonians’ ethnic identity and even use it as a campaign slogan. Many Greek politicians, including former PM Constantine Mitsotakis, have even admitted that Greece began claiming Macedonia’s name in order to “wipe Macedonia off the map” and to deny its policy of persecution and cultural genocide against the large Macedonian minority in Greece.

Imagine if the English claimed that the names of Indigenous groups belonged to them — does that mean colonization and brutalization of Indigenous lands and people didn’t happen? You would speak out and condemn such an outrageous statement. Do the same for Macedonians.

My family, in the photo above, fought against oppression simply because of their Macedonian ethnicity. I won’t let their memory — and the name, identity and history of all Macedonians — be erased by our oppressors and US foreign policy.

So, next time you see an “is over party” or decide to search for someone that you’d like to “cancel” and hope to get it trending by expressing faux outrage, act on a real issue instead. Join me, and all Macedonians, and demand a return of Macedonia’s name. Stand up for human rights and treat Macedonians as equals. And if you need a hashtag to do it, here you go: #OurNameIsMacedonia

The article My Culture Is Being Cancelled – OpEd appeared first on Eurasia Review.

I'm a Doctor and Warn You Could Catch COVID Touching This