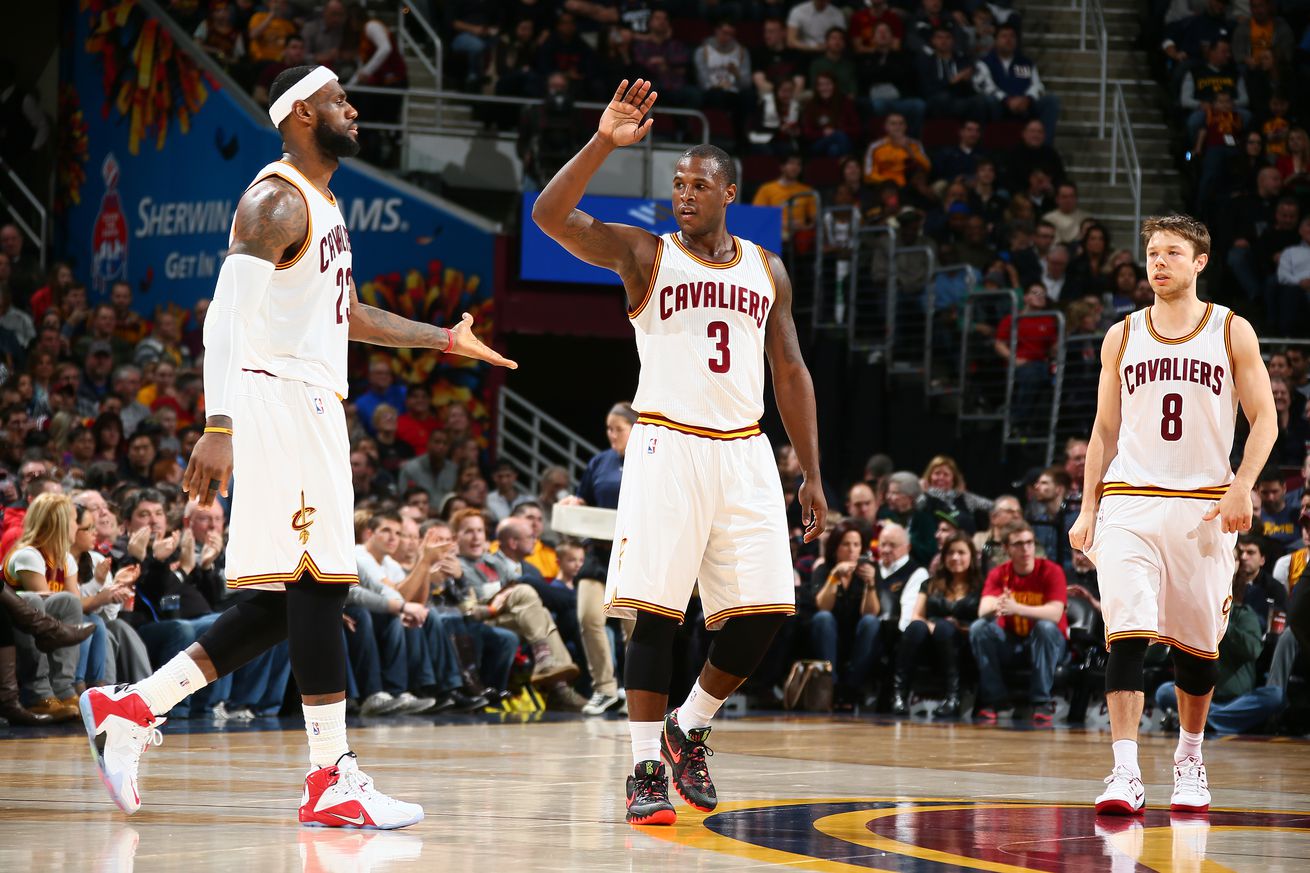 Waiters has matured through his life experience, making him more receptive to playing with James.

It is strange for many reasons that Dion Waiters is a member of the Los Angeles Lakers.

For one, he started the season under contract with Miami on a deal that would be too onerous for the Lakers to trade for. The Lakers only even expressed interest in him once Darren Collison chose not to return to the NBA. And now, Waiters is teammates with J.R. Smith, a player he was once traded for. He is also teammates with LeBron James, the player who may or not have orchestrated that trade.

When James returned to Cleveland in 2014 with the goal of bringing a championship to his home state, he wrote in his Sports Illustrated announcement, “I think I can help elevate Tristan Thompson and Dion Waiters.” Seven months later, Waiters was on his way to Oklahoma City.

At the time, the trade seemed like an admission that James couldn’t win with Waiters. But they’re teammates now, and Waiters’ signing presumably only happened with James’ blessing. Five years is a long time, and Waiters believes that as he matured over that time. So has his relationship with James.

“People don’t even know, when LeBron first got there he took me under his wing. I was with him every day, going out to eat, every day,” Waiters told reporters on his Saturday Zoom call, repeating that last “every day” for emphasis.

“A lot of things that was out there wasn’t necessarily true. But that’s the media. You know me, I don’t really care. I don’t see a lot. I see some, but I don’t see most. I don’t care,” Waiters continued. “This time around I’m a little older. I’m a father now. I’ve got three beautiful kids, so I’m a little more wiser, a little more older. I understand what’s at hand. (LeBron and I) always had a vibe and a bond. It was always love every time I’ve seen him.”

Their objective is the same today as it was when James and Waiters teamed up with the Cavaliers: win a championship. Waiters feels more ready for that mission than he was as a younger player. James is a different teammate than he was five years ago as well, as Smith noted recently. The Lakers star is probably more receptive to Waiters now than he was then, before he had won a title in Cleveland and cemented his legacy.

Even if Waiters and James didn’t get along as well as they could have in their first stint together, Waiters believes they are at a point in their lives and their careers where their goals align more closely.

“I’m just a little older, man. I’ve just seen a lot, been through a lot. At this point in my life, I just want to play basketball and take care of my family and enjoy it, because you just never know. As you can see now, we’re living in a movie with everything that’s going on. Who would have thought we’d be talking like this (over Zoom). So you just never know,” Waiters said.

A little bit of life experience — and maybe even the taste of professional failure — has given the Waiters the perspective he needs to be a good teammate and to do whatever it takes to make the Lakers succeed. It isn’t always easy being in the orbit of LeBron James, but Waiters has finally figured out how to live in that space.

“I wake up with the goal of mine to just live day-by-day and just take it slow and just keep progressing and trying to be a better person on and off the court, and just a better father also. (There are) just some things now that I probably didn’t understand when I was young. When you’re young, you’re still trying to find yourself coming into the league, and I think LeBron was trying to help me with that. But I was so stubborn back then,” Waiters said. “I understand now. I’m 28, and I’ve been through a lot. I’m at peace with myself now, so I’m good.”

For more Lakers talk, subscribe to the Silver Screen and Roll podcast feed on iTunes, Spotify, Stitcher or Google Podcasts. You can follow this author on Twitter at @sabreenajm.

Can little kids social distance? This is how it works in Chicago’s child care centers