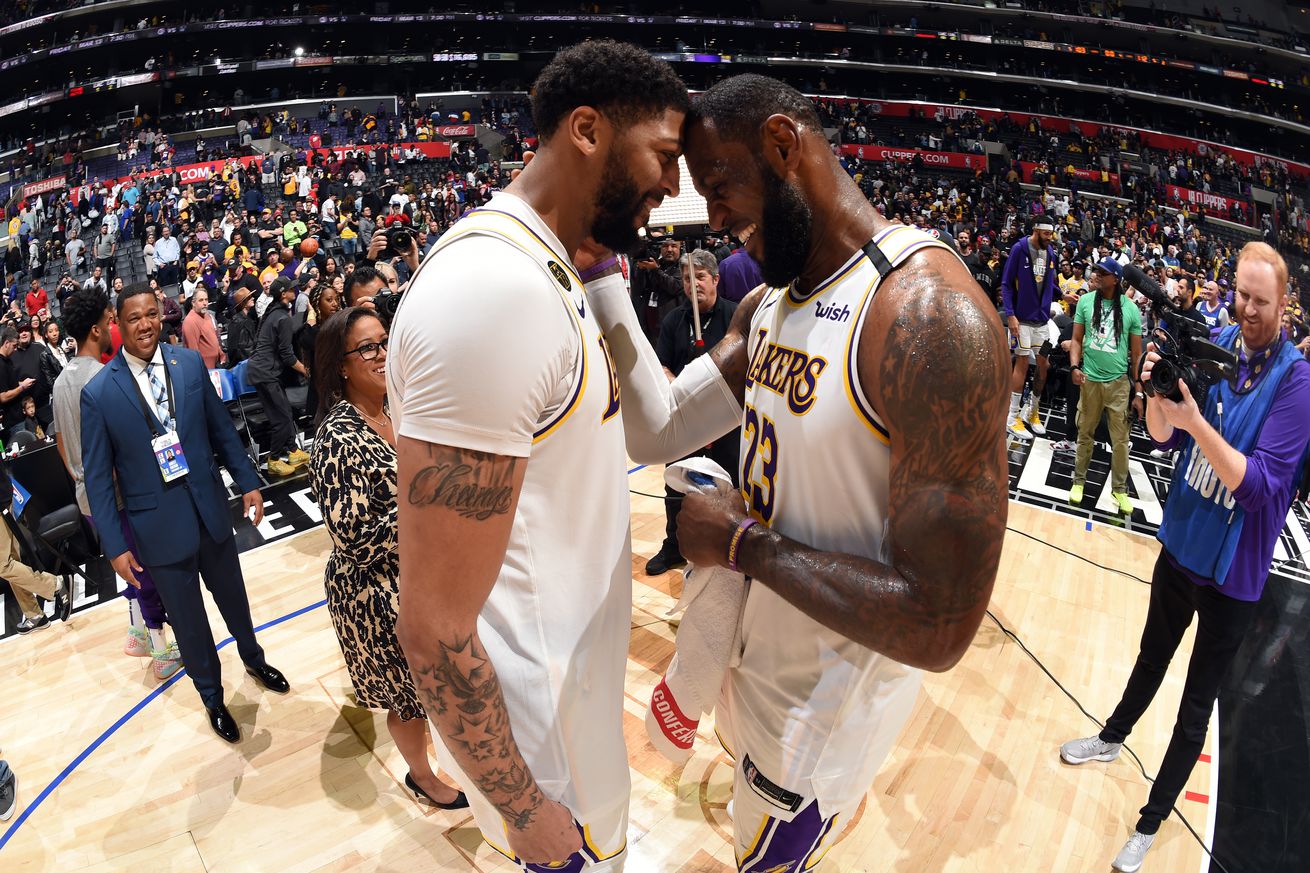 The Lakers keeping Anthony Davis in free agency has seemed basically inevitable all year. This is just the latest one.

Anthony Davis remaining with the Los Angeles Lakers next year has seemed like a certainty since the moment the team traded for him last summer, and all season long, every report about the situation has done nothing to dissuade anyone from reaching that conclusion.

Davis may have declined the Lakers’ max extension offer out of a desire to earn more money this summer, but it was immediately leaked that he was still expected to remain in Los Angeles without much of a second thought. There were also the whispers from around the league that the Lakers’ work to keep Davis is “mostly done” all season long.

However, as we’ve seen throughout the world in 2020, nothing is ever fully set in stone. But according to Brian Windhorst of ESPN, even in the wake of financial issues throughout the NBA as a result of the current coronavirus pandemic and partially lost season, there should be no issues on the Lakers’ end in making sure they can give Davis whatever he wants financially under the current collective bargaining agreement:

The Lakers, however, still likely will have no issues in re-signing star Anthony Davis, as their local television deal brings them around $200 million annually, sources said. Added with their national television share, the Lakers could bring in more than $300 million if they don’t sell a single ticket.

Again, none of that ever really seemed to be in doubt, but it’s still good to have it backed up by even more reporting. While the word “likely” means that — like almost everything this year — this isn’t a certainty, in conjunction with everything else reported so far, it makes Davis remaining in purple and gold seem even more predestined than before.

And while Davis has said time and time again that he hasn’t given any thought to what he’ll do in free agency, in fairness, he does still have a while to decide, only having to choose if he’ll opt in or out of the last year on his contract by Oct. 14, with free agency coming after that.

The NBA’s revenue struggles may affect the salary cap if they and the players’ union don’t agree to some sort of smoothing proposal, which could alter the equation for Davis over whether he should sign a long-term deal or a shorter one, or just decide to opt in to the last year of his current agreement. We won’t know exactly how that will work for certain for a few months, but for now, Lakers fans can rest easy, because things seem to be going as well as possible between Davis and the team, and they appear set to have enough money to pay him no matter what.

Again, that wasn’t unexpected. But in these uncertain times, it still qualifies as some rare good news.

Frank Vogel received votes for NBCA Coach of the Year