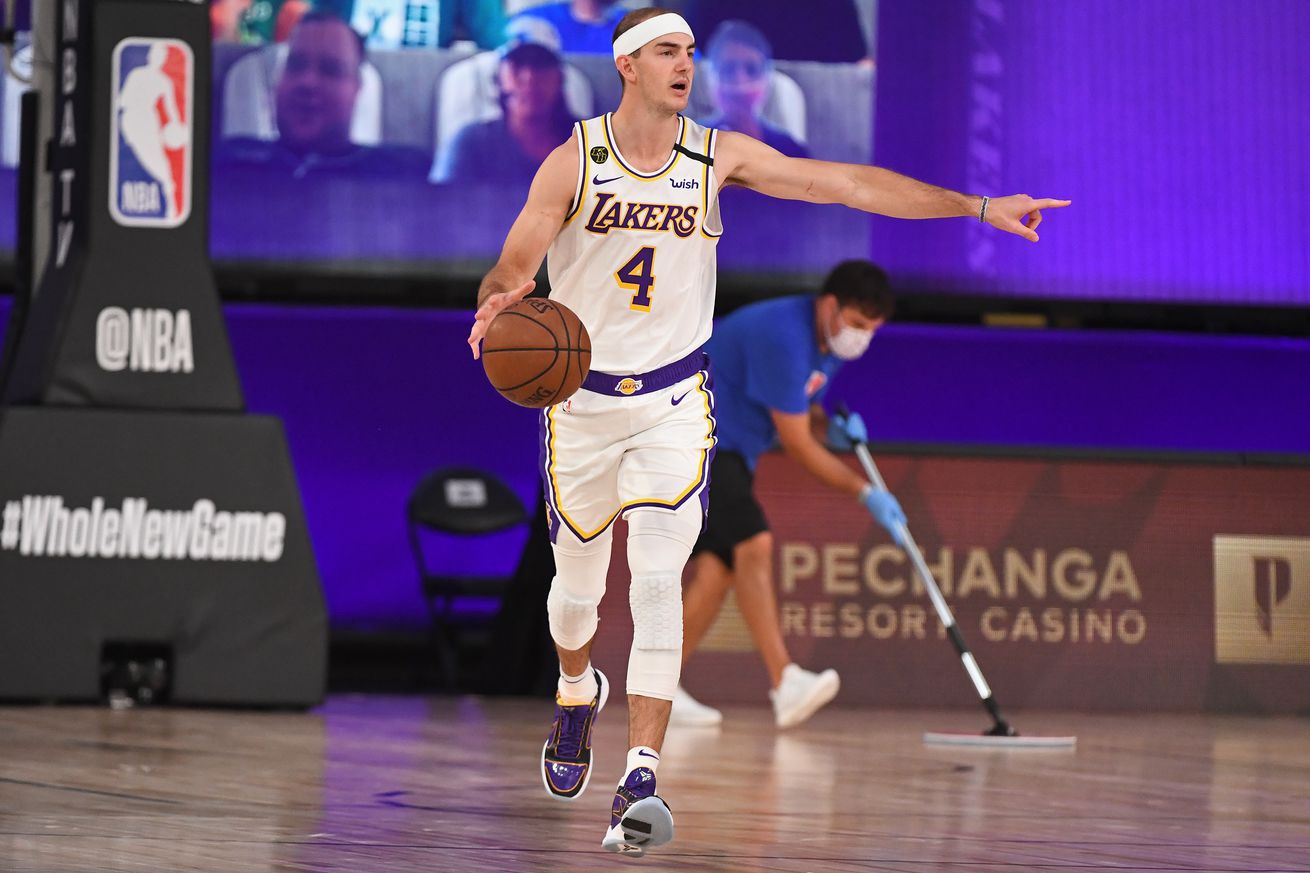 A couple of guys the Lakers will need to play well looked pretty good against the Wizards.

With LeBron James, Anthony Davis, Dwight Howard and Kyle Kuzma all being given the day off for precautionary reasons — and veterans Danny Green and JaVale McGee only playing the first half — there isn’t a ton one can take away from the Lakers’ final scrimmage in the bubble. Other than a couple of breakout games from J.R. Smith and Alex Caruso, that is.

Both Caruso and Smith didn’t get off to the best starts in the NBA bubble. Caruso sat out the first game with a minor back injury and fouled out in his second appearance, while Smith looked very much like a player that hadn’t played meaningful basketball in two years. It turns out all they needed was a game against the Wizards to get back on track and help the Lakers to a 123-116 win.

Smith’s shot finally got going, as he scored a team-high 14 points in the first half before finishing the game with 20 points on 6-9 shooting in 25 minutes off the bench. Caruso jumped into the starting lineup in place of James (with Kentavious Caldwell-Pope and Green sliding down a position), and while it came against the team with the worst defense in the NBA, he showed off some solid ballhandling and playmaking chops to help the Lakers get into their offense, while teaming with Caldwell-Pope and Green to be a complete menace to the Wizards’ passing lanes. He finished with 17 points on 6 shots to go with 6 assists.

In the absence of many of the Lakers’ normal role players, the team’s young trio of Talen Horton-Tucker, Kostas Antetokounmpo and Devontae Cacok also got their most consistent run in the bubble so far as well, and all impressed to some degree.

Horton-Tucker didn’t play a great game, but did show some of the poise that Frank Vogel praised the rookie for before the game in making a few plays for teammates with his passing. Still, he also offered a reminder that he’s the youngest player in the league, finishing with 3 points and 3 assists in 21 minutes.

His fellow rookie, Cacok, was extremely efficient in his time on the floor, again looking like an Energizer Bunny of endless energy while scoring 11 points on 5-7 shooting and grabbing 10 boards in just 13 minutes. The Lakers seem to have a real player on their hands with him, and his continued development is worth watching. Meanwhile, Antetokounmpo jumped at seemingly every shot in an endearingly active attempt to protect the basket that occasionally left him out of position, but still showed a bit of the potential coaches have been trying to mine out of him in the G League for years with 9 points and 8 rebounds in 22 minutes.

This was a fun way to end these exhibitions, but the Lakers are now done with the last of their three scrimmages, and will get the next few days off before opening the seeding round against the LA Clippers on Thursday. We’ll see you there.

Super Taikyu Series Back On Track With Fuji Test Day