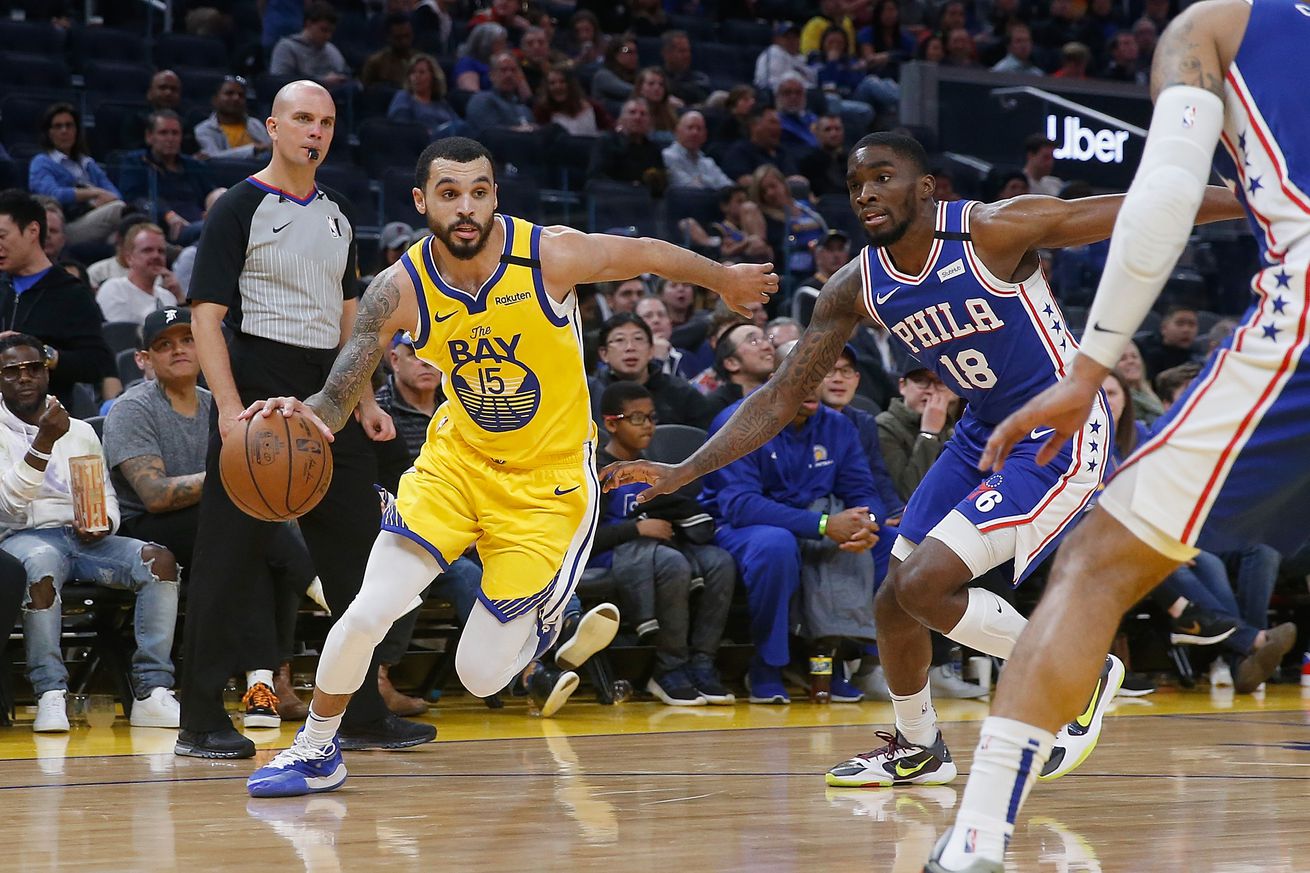 Will we see him share the court with Curry next year?

On June 25, 2009, the Golden State Warriors drafted Steph Curry. Ten years and 16 days later, the Oklahoma City Thunder traded Russell Westbrook to the Houston Rockets. With that move, Curry moved to second in the NBA for longest tenure with his current team. The only player he sits behind is Udonis Haslem, though that feels like a technicality. At this point, Haslem is essentially an assistant coach for the Miami Heat, having appeared in just 43 games and played fewer than 300 minutes over the last four seasons combined.

During his time in the Bay Area, Curry has had 106 teammates who have appeared in at least one game. Some played in exactly one game, while others played in hundreds. Some never actually played in a game that Curry was active for, while others formed historically great partnerships with him.

And I’m ranking all 106 over the course of a few months.

To see all of the rankings thus far, you can click on the “Ranking Steph’s teammates” tag at the top of the article.

Mychal Mulder was one of the better stories of the 2019-20 season for the Warriors, though admittedly that bar is exceptionally low. He made his NBA debut in late February, at the age of 25, after spending parts of three years in the G-League.

The Warriors, with their playoff hopes long evaporated, signed Mulder to try and bring a shooter into the fold and see what he could offer. He had shot 39.9% from deep in the G-League in 2019-20, a year after going 41.3%.

The jump shot didn’t fall as well at the NBA level, as he made just 30.8%, but that’s likely more due to small sample size (and being on an overmatched offense) than anything else.

Despite that, Mulder flashed that he could be a serious weapon as a shooter. He was very good at moving off ball, and the Warriors ran a number of sets designed for him to spring open, including elevators. He passed that test with flying colors. His release time was brilliantly quick, which is part of why he was able to hoist 9.2 three-point attempts per 36 minutes, despite being on a team with no offensive focal points.

It was easy to start fantasizing about him being on the court with Steph Curry and Klay Thompson, serving as a catch-and-shoot weapon anytime the defense focused on the stars. We might see that next year — who knows.

But the rest of Mulder’s game was a bit of a struggle, which is exactly what you expect from a rookie playing in just seven games on a horrible team full of other unproven players. The defense wasn’t good, though he showed toughness and a great competitive spirit on that end of the court. The offense was a bit one-dimensional, as he didn’t offer much inside the arc.

With more than seven games under his belt, and with experience on a good Warriors team, he could very well fly up this list. We’ll see if he’s given that opportunity in 2020-21.