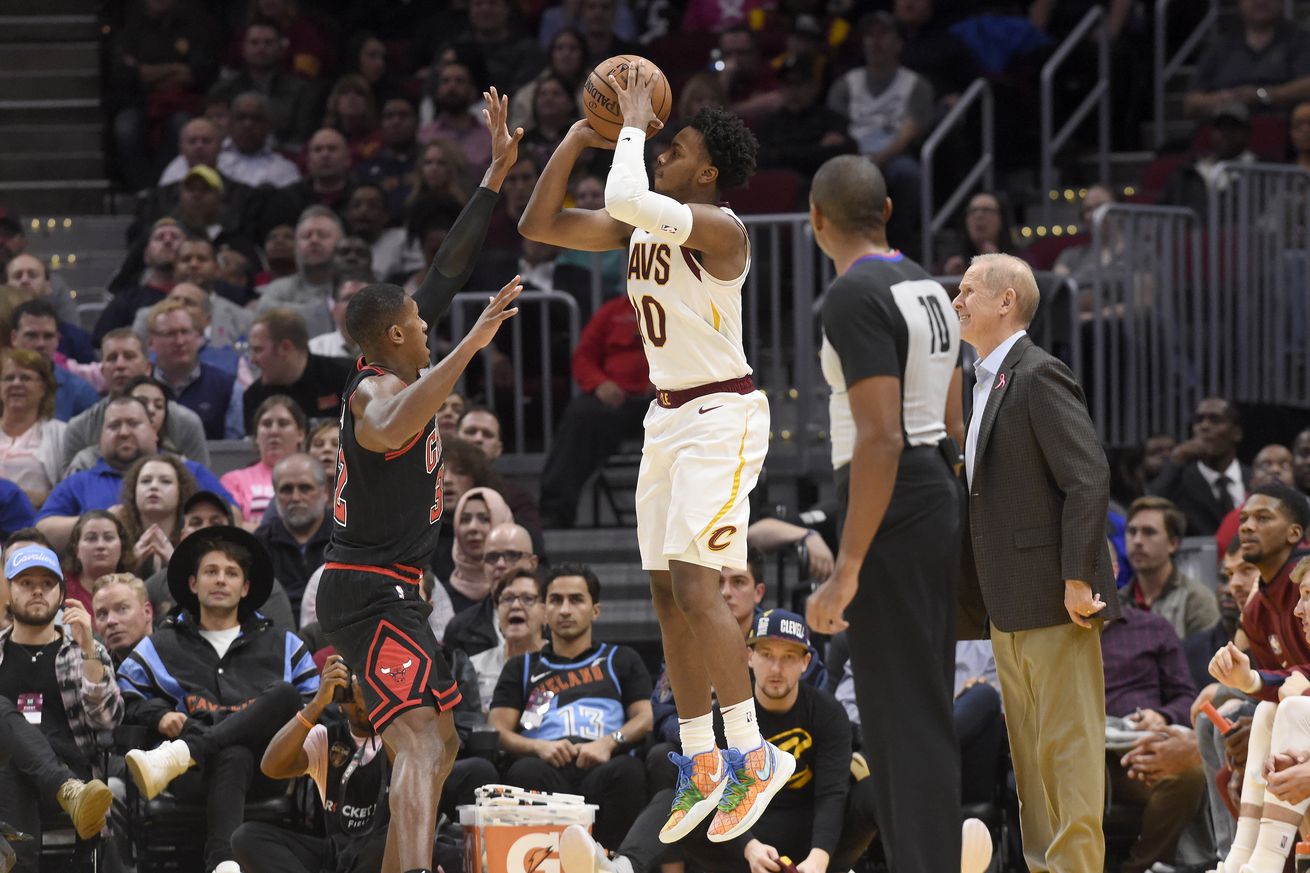 This isn’t something the Cavs are bad at per say, but there’s room for improvement.

The Cavs actually aren’t especially bad at three-point shooting. When the season stopped in March, they were 19th in three-point accuracy, per Cleaning The Glass, but 17th in frequency. If anything, there’s an argument to be made that the Cavs simply weren’t taking enough three-pointers.

That argument, though, falls apart some after a scan down the Cavs’ roster. Cleveland has a few above-average to good three-point shooters at the top of its roster, but also a number of players who are average to below average for their position. Here’s the rundown as detailed by Cleaning the Glass:

Some context for the data: Osman had a 4% bump from 2018-19 to 2019-20 that put him above the league average of 35.7%. It’s unclear if that will hold or he’ll settle in closer to league average. Exum has good accuracy, but it only accounts for 32% of his total shots, putting him in the bottom 20% of wings, per Cleaning The Glass. Unless there’s an unforeseen jump, that’s just not going to be part of his game. Larry Nance Jr.’s three-point shooting looked real, but let’s see if it holds another year, particularly if he dials up the volume.

The only two unassailable three-point shooters on the roster are Collin Sexton and Kevin Love. Sexton shot 11.1% in December on three-pointers and still finished at 38% for the year. In fact, he took 1.9 three-point attempts per game in December, shot that poorly and preceded to take 4.6 per game the next month at a 44.6% clip. He’s legit.

As for Love, his most valuable role now is as a floor spacer. For the year, he took seven three-point attempts per game with 5.3 coming on catch-and-shoot attempts and 1.6 on pull-ups. Love was just under 40% on catch-and-shoot attempts, accounting for 40.7% of his overall shot diet. That’s a massive increase from Timberwolves-era Love who worked primarily at the elbow. Especially if he doesn’t want to play minutes at center, this is what Love is now.

Overall, the argument is this: the Cavs have good three-point shooters, but need more. Scheme adjustments — which are theoretically easier to do when the team isn’t changing the head coach midseason — would help too. And if Cleveland dials up more three-pointers, it also should create more space for Andre Drummond and others operating in the dunker spot and rolling the rim. Adding in Dylan Windler — who will be in older rookie, but is well-liked in the organization — should help with that even if he gets 15 minutes a game. If nothing else, Windler projects as a deadeye shooter.

The Cavs also will need the off-the-dribble, pull-up three-pointers too. Over time, that has to be a shot that at least one of Sexton, Garland or Porter Jr. needs to develop. Ideally, a second Cav — be it someone from that group or an incoming draft pick — needs to have that shot in their arsenal too. If/when this core competes for something, those are the shots teams need to generate. For that reason alone, giving them those reps now makes sense.

This is also where the league is headed. Teams are going to keep bombing three-pointers and making it part of their offense. To their credit, the Cavs’ roster building to date indicates they understand that. Even the John Beilein hire, as misguided as it was, came somewhat from a belief that a motion-heavy, spaced offense was the way to go in the modern NBA. There, though, is still work to be done.