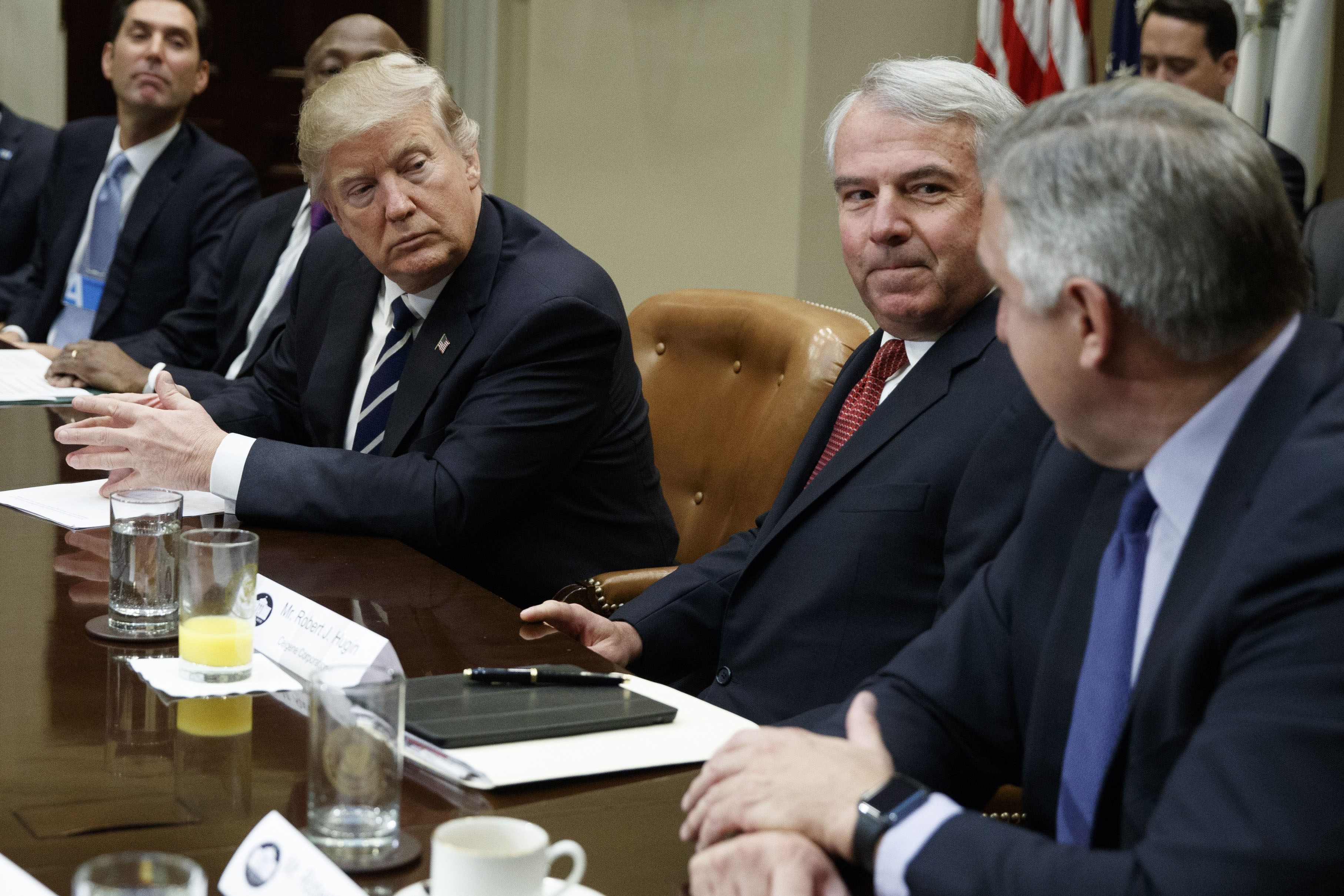 A White House meeting with top pharmaceutical executives that President Donald Trump promised for Tuesday is off, five industry sources familiar with discussions told POLITICO. Three said the drug-pricing discussion was canceled because the major drug lobbies, reeling from Friday’s cluster of executive orders on the topic, refused to send any members.

Drugmakers and Trump were slated to discuss an executive order, signed Friday but not yet released, that would order health officials to release a plan linking Medicare payments for certain medicines to lower costs paid abroad. The provision, known as a most-favored-nations rule, has been lambasted by the drug industry and some patient groups that say it would curb innovation and reduce drug access.

Trump said Friday that drugmakers would have a month to present a better option to the rule.

The drug lobbies PhRMA and BIO were reluctant to send representatives from their member companies — many of them multibillion-dollar manufacturers of the world’s best-selling medicines and vaccines — after conflicting reports last week about whether the White House would include the rule and little information to date about what the new rule would look like, three people familiar with the discussions said.

Several pharmaceutical companies believed that the most-favored nations rule had been dropped ahead of the Friday afternoon announcement. The hours before Trump’s drug pricing event were a “chaotic” back-and-forth that even left some of his health officials surprised, sources told POLITICO Friday.

BIO, the lobby representing many small biotechnology companies developing therapies, has said that the most-favored-nations rule would hit its members the hardest. Many make the type of physician-administered medicines, such as expensive cancer and arthritis infusions, that would be affected.

"There are discussions taking place to determine the best way to work with the administration on this issue over the coming weeks," said an industry source.

"The White House has been more than accommodating in attempts to schedule this meeting," a White House official said on background.

A PhRMA spokesperson painted the White House talks as a distraction. "The president’s plan to import policies from socialized health care systems abroad is disrupting our work [on Covid-19 therapies] and diverting our focus away from those life-saving efforts," the spokesperson said. "We remain willing to discuss ways to lower costs for patients at the pharmacy counter. However, we remain steadfastly opposed to policies that would allow foreign governments to set prices for medicines in the United States."

Inside Health Policy first reported that the meeting was canceled. The White House did not immediately respond to request for comment.

The favored nations rule has rankled conservative groups along with the industry and patient organizations. The president on Friday left the door open for alternative options, saying that if drugmakers can present a better plan “we may not need to implement the fourth executive order, a very tough order.”

Susannah Luthi and David Lim contributed to this report.