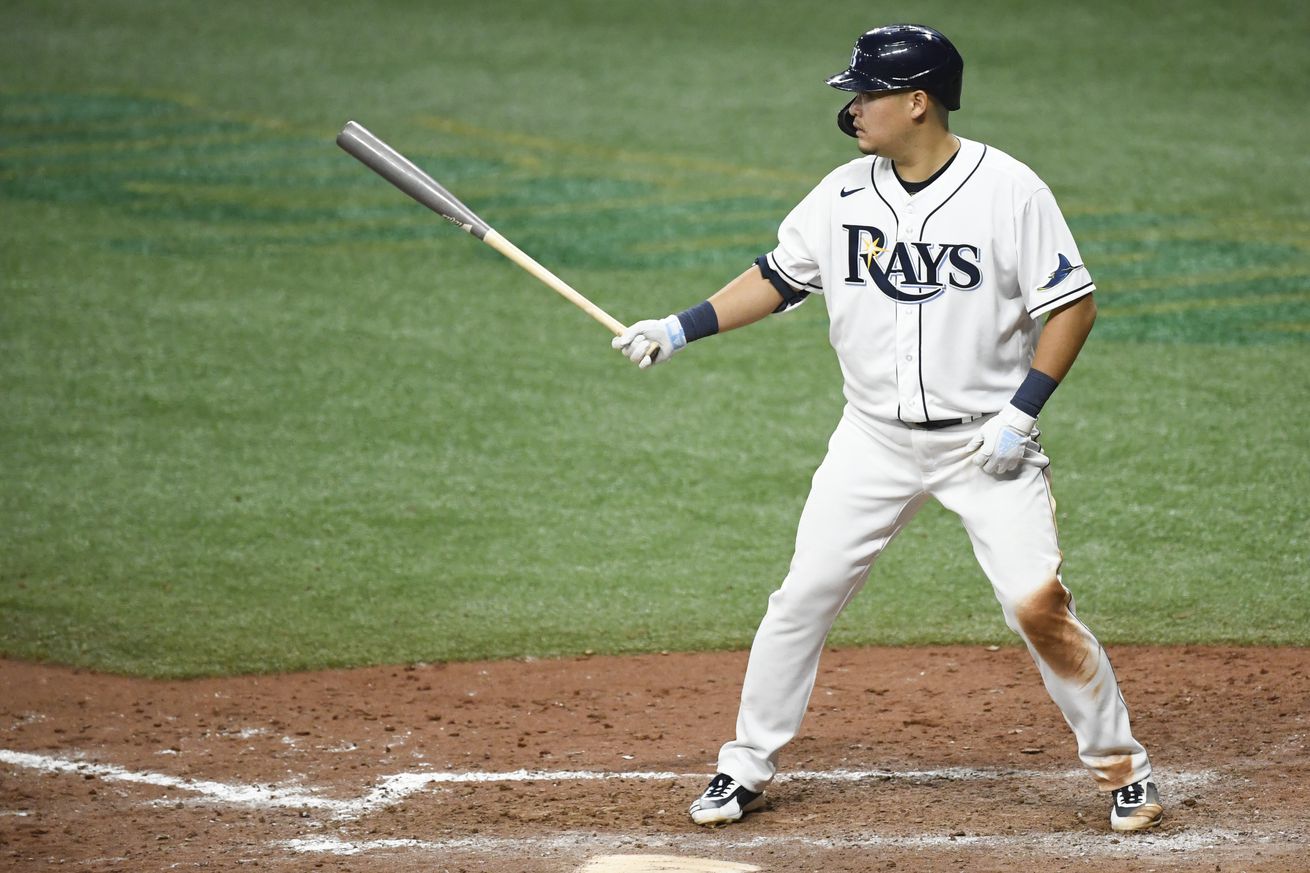 It was also the first Rays home run of the year.

The 2020 regular season is officially underway and it didn’t take long for a member of the Tampa Bay Rays to launch the team’s first home run of this 60 game campaign.

Yoshitomo Tsutsugo, making his MLB debut, stepped up to the plate in the top of the 6th inning set to face Blue Jays starter Hyun Jin Ryu for the third time of the contest.

Tsutsugo had grounded out in his first plate appearance and then was plunked during his second trip to the plate.

Ryu, who usually has impeccable command, struggled with his control throughout the game. Four Rays reached base via the free pass from Ryu, who had previously only walked four hitters in a game just twice since the start of the 2018 season.

The Blue Jays game plan against Tsutsugo was seemingly to work the outside edge of the plate against him. Ryu executed this to solid effect in the first inning when he was able to get Tsutsugo to groundout weakly to the right side of the infield, on a pitch that was perfectly located at the knees and on the outside corner.

Ryu quickly got ahead of Tsutsugo in the 4th, attacking the lower outside part of the plate. Ryu then went for the strikeout, hoping to get Tsutsugo to chase well above the zone, but the Japanese slugger laid off to make the count 2-2. With the next pitch, Ryu was looking to go back to the low-and-away approach, but the ball curtailed out of his hand and drilled Tsutsugo in the right shoulder.

By the time of his third trip to the plate, Tsutsugo was well aware of the Blue Jays pitching him on the outside edge of the plate. With Ryu’s first offering, Tsutsugo took a mighty rip, but fouled it straight back. Ryu missed badly with his second pitch, and then Tsutsugo managed to lay off a very nice third offering from Ryu to make the count, 2-1. Another breaking pitch missed low and away to give Tsutsugo a favorable 3-1 count.

Ryu was supposed to go back to low and away, however he came upstairs with a fastball that Tsutsugo swung through to put himself in a full count.

The count now full, Ryu went back to the outside part of the plate. They wanted to painted the corner like they had done in Tsutsugo’s first at-bat. Unfortunately, the pitch came across the zone a bit too high and Tsutsugo took full advantage as he was able to connect the barrel with he and send it soaring through the air towards left-center field.

The ball landed three rows deep in the seats just to the left of the former Captain Morgan/Ducky’s/you-too-can-sponsor-this party deck, for a two run home run. According to Statcast, the ball traveled 407 feet and left the bat at an exit velocity of 103.4 mph.

It was an incredible moment for Tsutsugo, who was all smiles after crossing the plate and then doing a bow with Willy Adames; a celebration the two have often been seen performing throughout the spring and Summer Camp.

However, staying humble, following the game, Tsutsugo chose to switch the focus to his team’s success rather than his own personal achievements.

“It was awesome being able to hit that home run,” Tsutsugo said through a translator. “But I’m frustrated that the team lost. I’ll put in my best tomorrow and drive more runs in.”

Bolivia's lawmakers have approved 'Miracle Mineral Solution' — a toxic bleach — as a treatment for COVID-19. Only the president can stop it becoming law