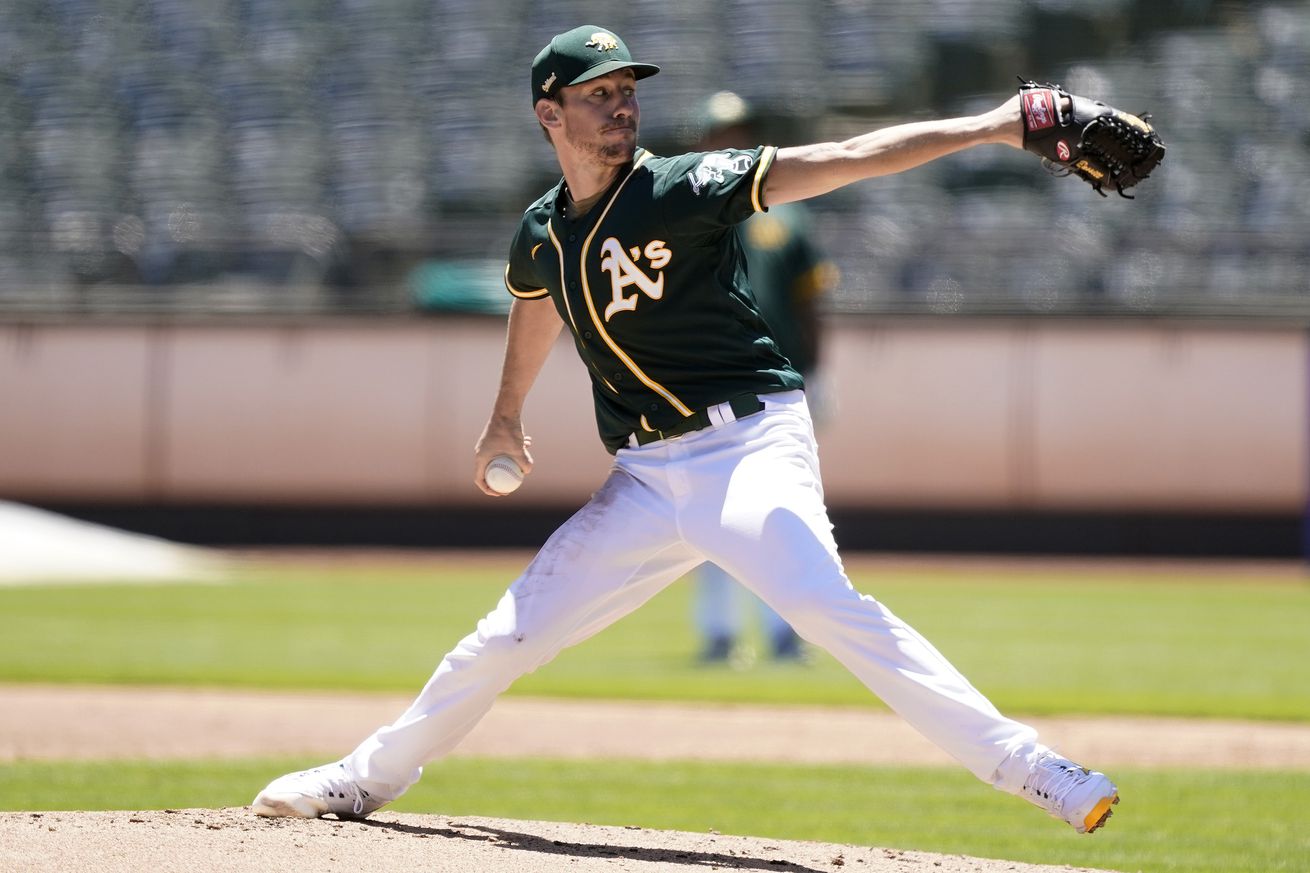 Going for the series win!

Just like that, we’re nearly done with the first series of the 2020 season, which accounts for 7% of the entire schedule. The Oakland A’s have won two of the first three games against the Los Angeles Angels (click here for weekend roundup), and they’ll look for the series victory on Monday at the Coliseum.

The A’s lineup came to life on Sunday against Angels starter Shohei Ohtani, dropping five runs in the first inning — with some help from a bout of wildness by Ohtani. However, Oakland’s starting rotation hasn’t been much to brag about yet either, with Mike Fiers getting knocked out in the 5th with four runs on his record just like Sean Manaea had done the day before. On the bright side, Liam Hendriks earned his first save, as part of a red-hot bullpen.

On Monday, Chris Bassitt will take the hill for the A’s, and he says he now better appreciates the presence of fans in the ballpark after seeing what games are like without us. Going for the Angels is Griffin Canning, who had a strong rookie year in 2019 but one that was shortened by injury.

First pitch is at 12:40 p.m., and the game is televised on NBCS California with audio streaming on A’s Cast.

Robbie Grossman gets a day off, with Canha and Piscotty in the outfield corners. Otherwise, this looks standard, and even that outfield shuffle will be part of the norm with more bodies than available positions.

This also looks like the standard for the Angels, with no unique matchup plays or other surprises.