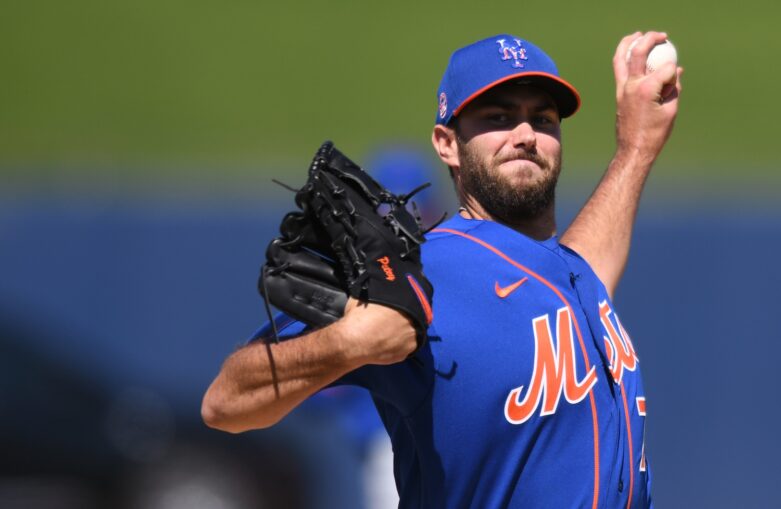 The Mets are considering bringing up left-handed pitcher David Peterson to start tomorrow against the Red Sox in Boston, according to Anthony DiComo of MLB.com.

Peterson is the Mets’ 10th-ranked prospect, and has been in the conversation about Mets’ rotation depth for quite some time, though he is yet to make his MLB debut. He is still currently in New York for right now, but that could change quickly.

If the Mets elect not to go with Peterson, they could start someone like Erasmo Ramirez or just have a bullpen game. They can’t use Corey Oswalt now since he pitched four innings in relief in the Mets’ 14-1 loss to the Braves on Sunday.

Despite how thin this rotation has gotten, manager Luis Rojas insisted that Seth Lugo will be continuing to pitch out of the bullpen and will not join the rotation. There is a bit of a dilemma there as while the Mets could certainly use a solid arm like Lugo’s to help the beleaguered rotation, Lugo has been so good as a reliever that it would be hard to take him out of that role.

Regardless, the Mets are going to have to rely on some backend/depth guys to step up if they want this starting rotation to give them a chance of competing.

NAI: Intra-Afghan dialogue must be conducted in the presence of media